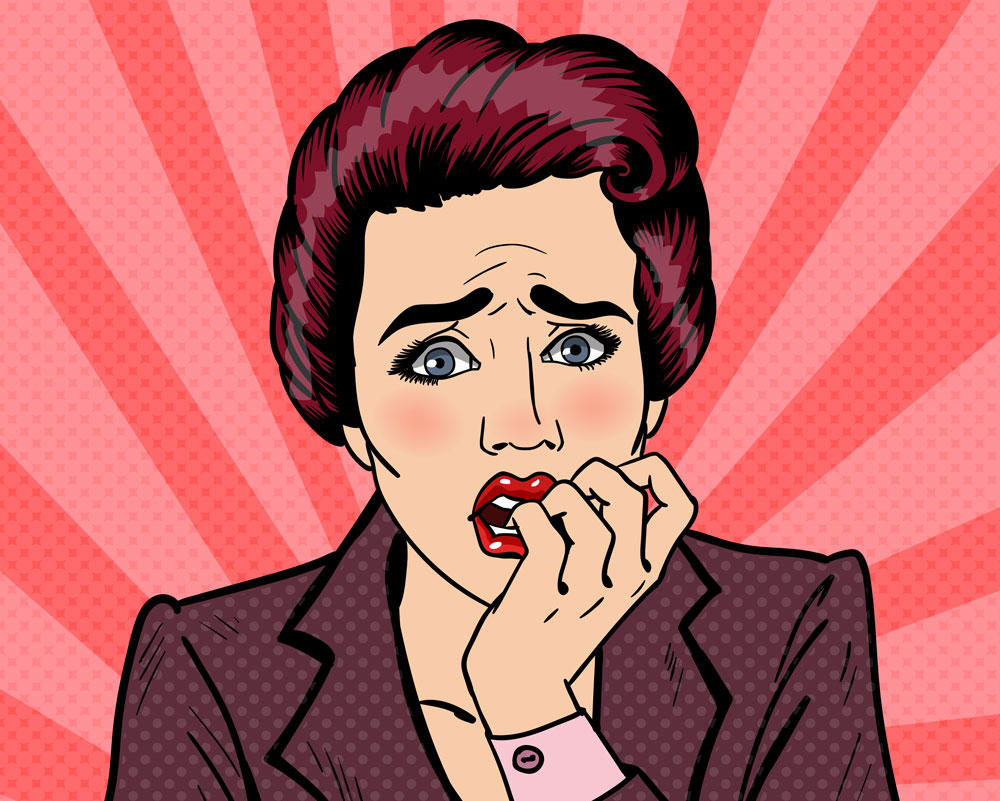 If you have ever been nervous about something that is about to happen, then you may have felt the sensations of nausea and “fluttering”—the recognizable and odd sensation deep in your gut known as having “butterflies in the stomach.”

Perhaps you were about to give a speech to a large audience, were in the waiting room for a big interview, were about to step up and take a key penalty shot or about to meet a potential love interest. Rather than actual butterflies bouncing around your large intestine, of course, there is of course something more scientific going on—and it’s all down to your nervous system.

The human body is capable of looking after itself without too much voluntary thought. It quite happily regulates heart rate, blood flow and the distribution of nutrients around the body without you having to consciously intervene in any way – a process run by the autonomic nervous system (ANS).

The ANS can be split into two roughly equal branches—the sympathetic and the parasympathetic, or, as it is memorized by every first year medical student, the “fight-or-flight” and the “rest-and-digest” branches. Both branches of the ANS are constantly active, and act in opposition to each other.

The sympathetic (“fight-or-flight”) system is responsible for increasing your heart rate, while the parasympathetic (“rest-and-digest”) system decreases it. So, the rate at which your heart is beating is the balance of the activity of the two branches of the ANS.

The dominance of the parasympathetic branch is why you feel content and sleepy after a giant lunch. Quite of bit of blood flow from the heart is directed to the stomach, and your ANS encourages you to sit down for a bit to let digestion take place.

So what’s this got to do with butterflies? One of the major roles of the ANS is to prepare you for what it thinks is about to happen. This gives an evolutionary advantage, since if you see a sabre-toothed tiger about to pounce, you don’t want your valuable oxygen-filled blood to be busy with your last meal. Ideally you would want this blood to be temporarily redirected to muscles in your legs so that you can run away slightly faster.

So, your “fight-or-flight” sympathetic system kicks in and becomes dominant over parasympathetic activity. This also causes a release of adrenaline, which both increases your heart rate (to pump more blood and faster), releases huge amounts of glucose from the liver, and shunts blood away from the gut. The blood is redirected toward the muscles in the arms and legs which makes them ready to either defend you, or run away faster—the “fight-or-flight” that you’ll probably be familiar with.

However, this acute shortage of blood to the gut does have side effects—slowed digestion. The muscles surrounding the stomach and intestine slow down their mixing of their partially digested contents. The blood vessels specifically in this region constrict, reducing blood flow through the gut.

So why do we call it butterflies? It certainly does feel like and get described as “fluttering” by a lot of people, and I guess “jaguars in your jejunum” just doesn’t sound as plausible.