Meanwhile, 2,000 miles to the north, it’s fire and ice — as seen by NASA’s Terra satellite

Twin Southern California California wildfires — the Alamo Fire and the Whittier Fire a little to the south of it — are seen in this animation of imagery acquired by the GOES-16 weather satellite. (Source: RAMMB/CIRA/NOAA)

It’s that time of year. Sixty-five wildfires — 20 of them new — are blazing in the United States across some 1,100 square miles of land.

For the year to date, 32,737 fires have scorched more than 5,400 square miles — an area equivalent to the Los Angeles metropolitan area, and then some. In terms of acreage, that’s about 30 percent ahead of the year-to-date average for the previous ten years. (For the latest statistics, see the National Interagency Fire Center.)

More than a dozen wildfires are making headlines in California today, including two that have exploded in size in the southern part of the state.

The Alamo fire burning in San Luis Obispo County has consumed 28,926 acres as of this morning. That’s about twice the size of Manhattan.

A little to the south is the Whittier Fire in the Santa Ynez Mountains not far from Santa Barbara. It has burned 10,823 acres. “The combination of old, dry fuels with a newly cured heavy grass crop contributed to the rapid growth of this fire,” according to a morning update from InciWeb, an inter-agency incident information system.

The new GOES-16 weather satellite watched as both blazes blossomed. See above for an animation showing the growth of the smoke plumes from those fires. 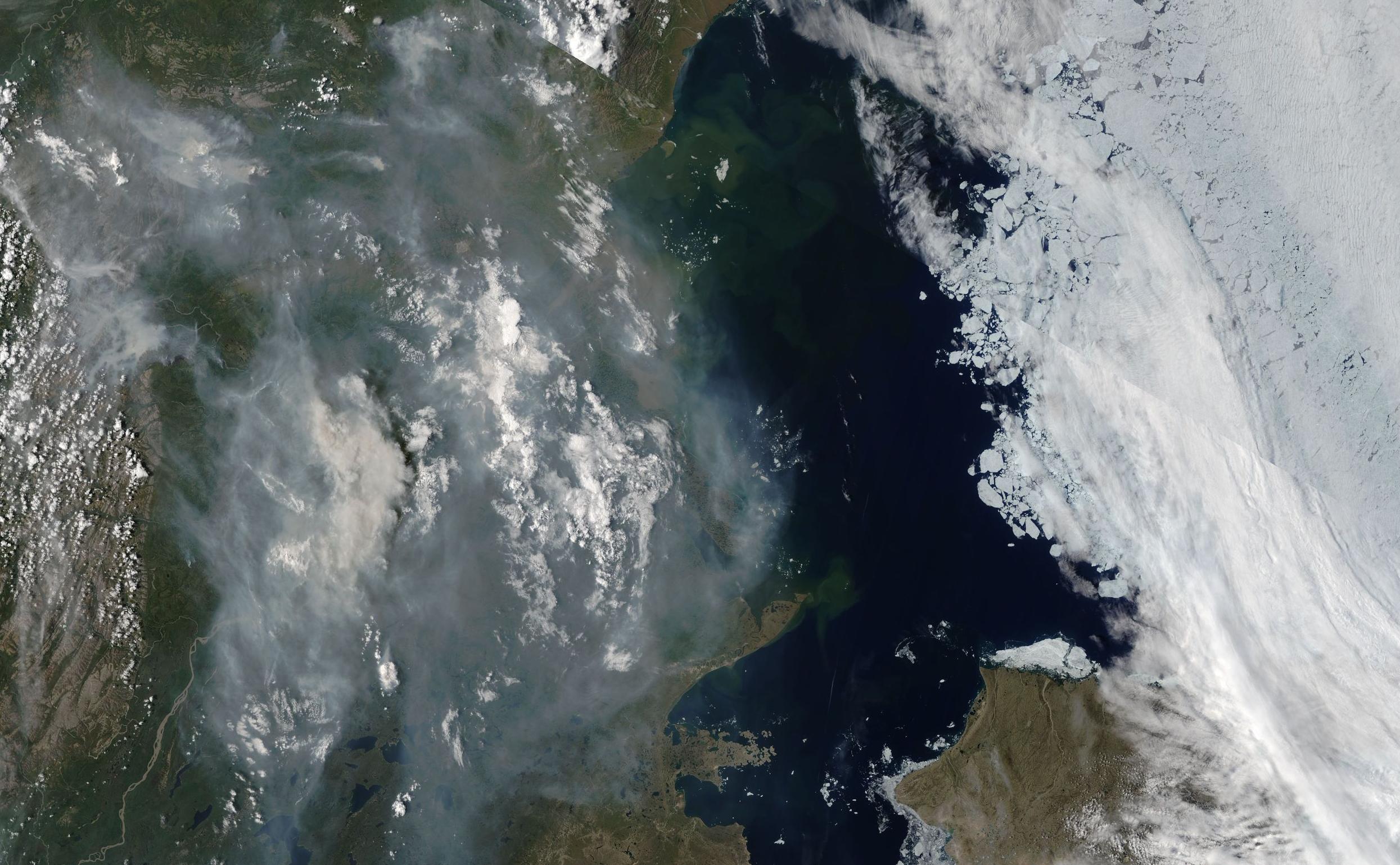 Smoke from wildfires burning in Canada’s Yukon Territory and the Northern Territories is seen in this image acquired by NASA’s Terra satellite on July 8, 2017. Sea ice in the Beaufort Sea is visible to the north, which in this image is to the right. (Source: NASA Worldview)

Two thousand miles to the north, another satellite captured the arresting view above of smoke from wildfires burning in far northern Canada juxtaposed with sea ice in the nearby Beaufort Sea.

Farther south, hundreds of wildfires in British Columbia have prompted evacuation orders for more than 10,000 people. In part due to lightning activity, 140 new fires broke out last Friday, and another 100 on Saturday.