A total solar eclipse over Australia in 2012. (Credit: NASA)

Solar-eclipse fever is about to heat up as millions of Americans celebrate the astronomical spectacle happening Aug. 21. Businesses and universities along its shadowy bandwidth from Lincoln Beach, Ore., to Charleston, S.C., are organizing days-long events.

There will be festivals with live music, art displays and camping. A special event in Illinois features a performance by hard-rock legend Ozzy Osborne. Many more are organizing eclipse parties in their backyards. But this isn’t the first time in human history – and prehistory – that humans have gone bonkers for a moment of darkness on an otherwise sunny day.

Anthropologist Robert Benfer has coauthored a paper published online in June in Antiquities suggesting that Peruvian people of the 16th century held solar-eclipse celebrations, as well.

The Yungas viewed total solar eclipses as good omens, so you can imagine the partying that went on when daytime skies went dark four times over a period of 22 years. To put this in perspective, the binomial probability of four total solar eclipses occurring even within 110 years over a spot on Earth is .0003 (or .03 percent), the authors say in the paper. 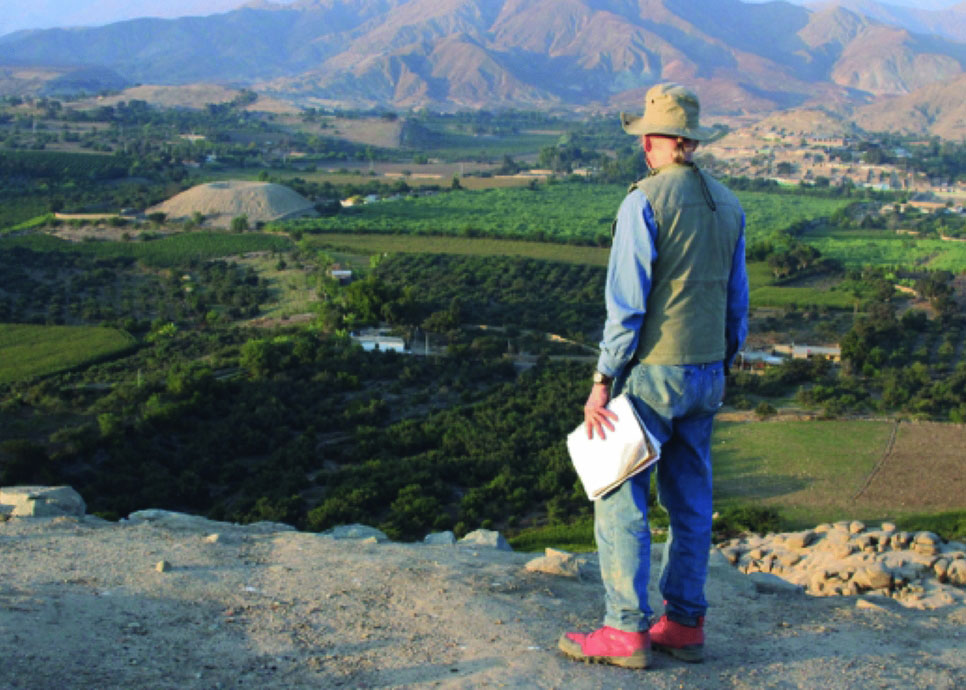 As often happens, Benfer, a professor emeritus at the University of Missouri, was looking for something else when his path to discovery began. A few years ago, he was in Nepeña Valley in coastal Peru looking for animal-shaped effigy mounds when he happened upon a 50-foot-tall mound dug out at the center. The mound, first discovered in the 1960s, looks like an inactive volcano, hence the name El Volcán. Peruvian people built it between 2,900 and 2,200 years ago.

Years later, Benfer and his team returned to excavate a portion of the mound’s artificial crater and discovered a stairwell leading to an area with a mud-plaster floor and a fireplace made of adobe bricks at the center. The room was constructed in the 16th century by the Yungas. Radio carbon dating placed the hearth’s last burn between 1492 and 1602.

Benfer had a hunch that the room was somehow connected to astronomical events. He used a software program called Starry Night to rewind the sky to how it looked to the Yungas at the time. He discovered that total solar eclipses happened above Peru in 1521, 1538, 1539 and 1543, which aligned with the hearth’s radio carbon dating. He confirmed those dates by checking astronomical records.

The Yungas were agricultural people who probably tracked the stars to know when to plant and harvest, and they made offerings to gods atop mounds to ensure a good crop. Given this, it is not much of a leap to surmise that a total solar eclipse – especially four in a comparative blink of time – would have left a profound impression on them.

“It is likely that astronomer priests organized the responses, likely a festival for solar eclipses,” says Benfer.

These days, we know the science behind solar eclipses, and most of us don’t see them as omens, even when occurring within a short window of time.

But we still like an excuse to party. Let the festivities begin.