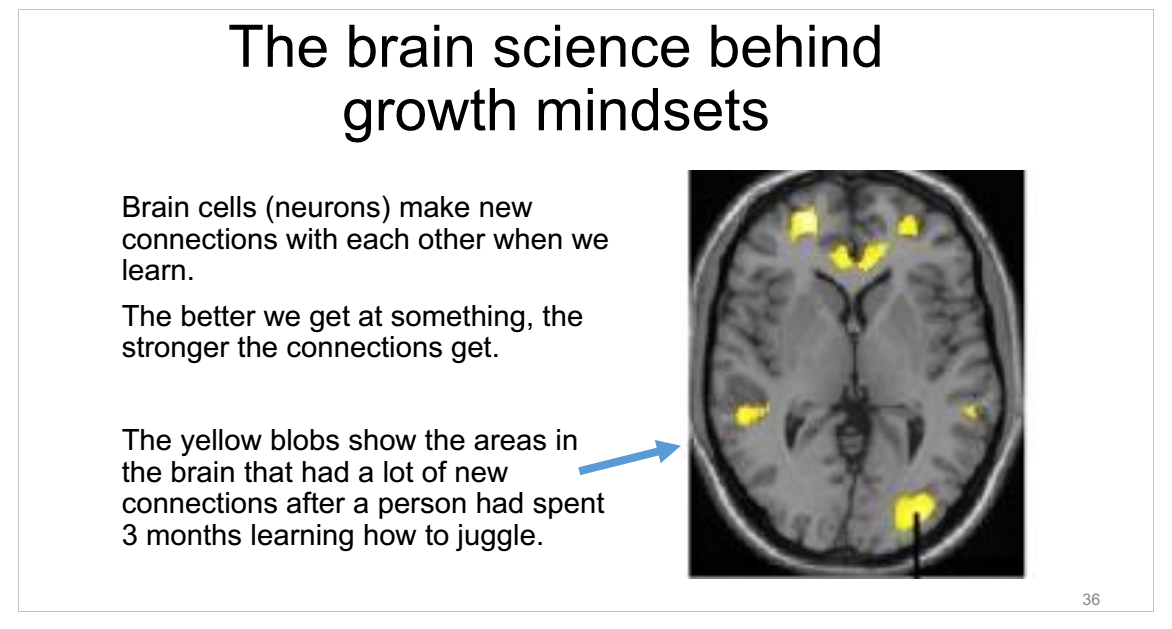 On Twitter, I learned that the British government is citing neuroscience studies as part of a new welfare initiative.

The “Health and Work Conversation” (HWC) is a newly-introduced procedure for welfare claimants receiving support because sickness or disability impairs their ability to work. The one hour “conversation” is mandatory in most cases and it seems intended to encourage people to seek whatever work they are able to do.

A Freedom of Information Act request has revealed documents relating to the HWC, including a set of training Powerpoint slides aimed at the “work coaches” whose job it is to administer the HWC.

The training material refers heavily to “growth mindsets”. This psychological model, which Neuroskeptic readers may be familar with, originated from research on schoolchildren. According to mindset theorists, children who believe that success is a product of effort have a “growth mindset”, and these children try harder and perform better than those who believe talent determines success (“fixed mindset”).

Whether it’s appropriate to apply this educational model to a disability context I’ll leave to the psychologists. Two of the HWC slides explicitly refer to neuroscience, though, and these I will comment on. Here’s the first one:

This slide is talking about a 2008 study by Driemeyer et al. The juggling training period was actually three weeks, not three months, and the brain growth Driemeyer et al. found was transient: it had vanished by three months after training, in fact if anything the brain shrank. Oh, and no multiple comparisons correction was used, so the results might be due to chance.

Maybe I’m nitpicking here. Surely, the specifics of the study don’t matter. The slide is merely making the point that people can learn new skills using their brain! Who could argue with that?

Well, no-one, but that’s because it’s an obvious and not very informative statement. Yes, humans can learn, and the brain is the organ that lets us learn. The brain images on this slide serve only to provide the illusion of scientific authority.

The second neuro-slide is a bit more mysterious: 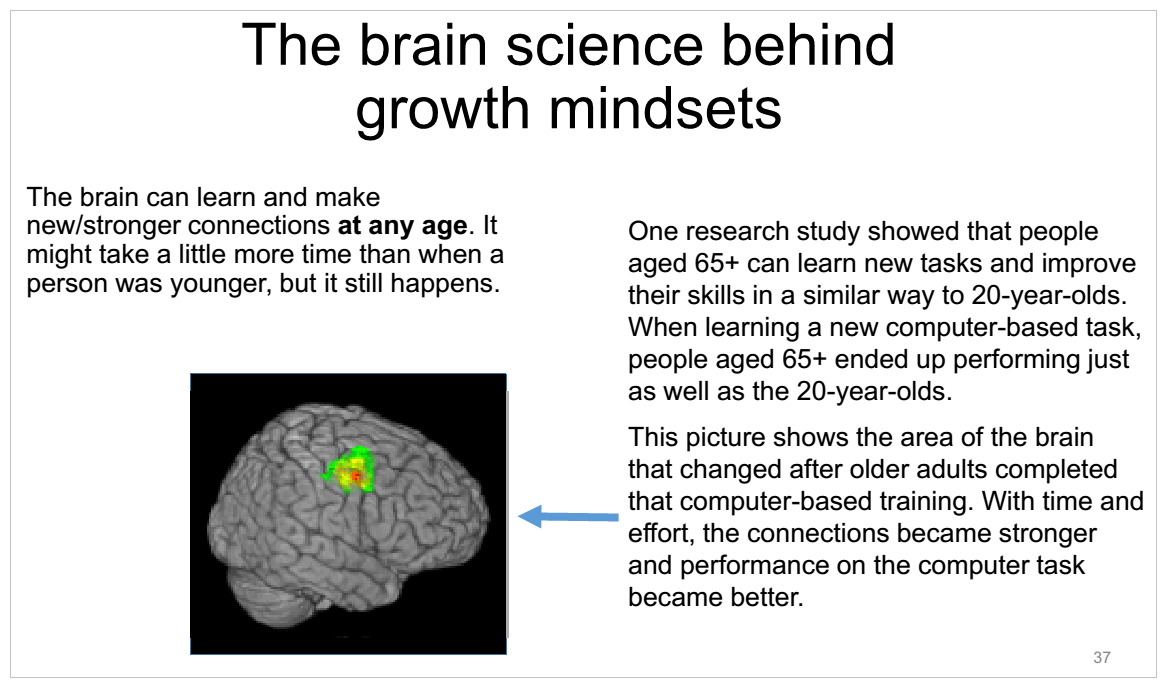 For the life of me, I can’t work out what study this is referring to, or where the brain image came from. Much Googling failed to identify the source. I asked for help on Twitter and no-one else could find it either. If you know, please leave a comment, because it’s bugging me.

But as with the previous slide, the details of the study hardly matter in the end. Beneath the scientific veneer, it’s just saying that old people, too, have brains, and can use them to learn.

In summary, the HWC training slides discuss psychology and neuroscience, but as far as I can see this is little more than window-dressing. The basic message to be conveyed to sick people seems to be “yes, even you can get a job!” This Brass Eye scene comes to mind:

For more on the HWC, see Frank Zola’s blog post.