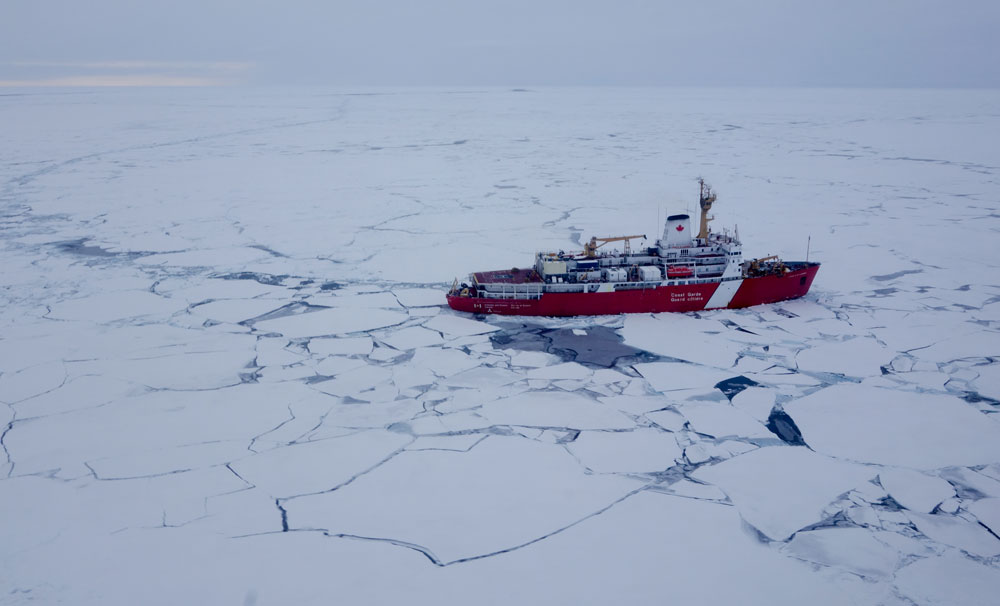 Watching Arctic sea ice shrink to record lows has become a summer tradition for climatologists. And while few would expect that long-term trend to reverse, it’s still a struggle to predict the annual highs and lows of polar sea ice.

In fact, just looking at long-term statistics — how much the sea ice maximum and minimum usually shrinks each year — has proven more accurate than existing forecast techniques. But a long-term approach can’t predict extreme years or forecast sea ice in specific regions. A local ice forecast would be vital for native Arctic hunters, wildlife researchers, as well as shipping companies hoping to move freight through newly melted passages.

And now NASA scientists have found a way to make better estimates. A study published Thursday in the journal Future Earth looks at satellite data going back to 1979. The authors found that they could make accurate predictions by looking at physical characteristics of the sea ice as it starts to melt in spring.

“What we have shown is that we can use information collected in the spring and onwards to determine if we should see more or less ice come the end of summer than expected from the long-term decline,” said Alek Petty, a NASA Goddard sea ice scientist.

The researchers reran their model using old satellite data to see if they could predict what happened as sea ice melted for the year. They found their forecasts did a better job than simply guessing based on linear trends.

“Our model is very good at catching the highs and the lows,” he said. “The absolute values? Not exactly, but it tends to do very well at seeing when the sea ice extent is going to go up and when it’s going to go down.”

They were even able to forecast the ice reach in specific regions, like the seas north of Alaska.

Next the researchers plan to use data from the onset of Arctic sea ice melt this month to try to forecast this summer’s sea ice extent. If the model holds up in the real world, climatologists will finally have a useful tool for predicting how small the polar ice cap will get in any given year.