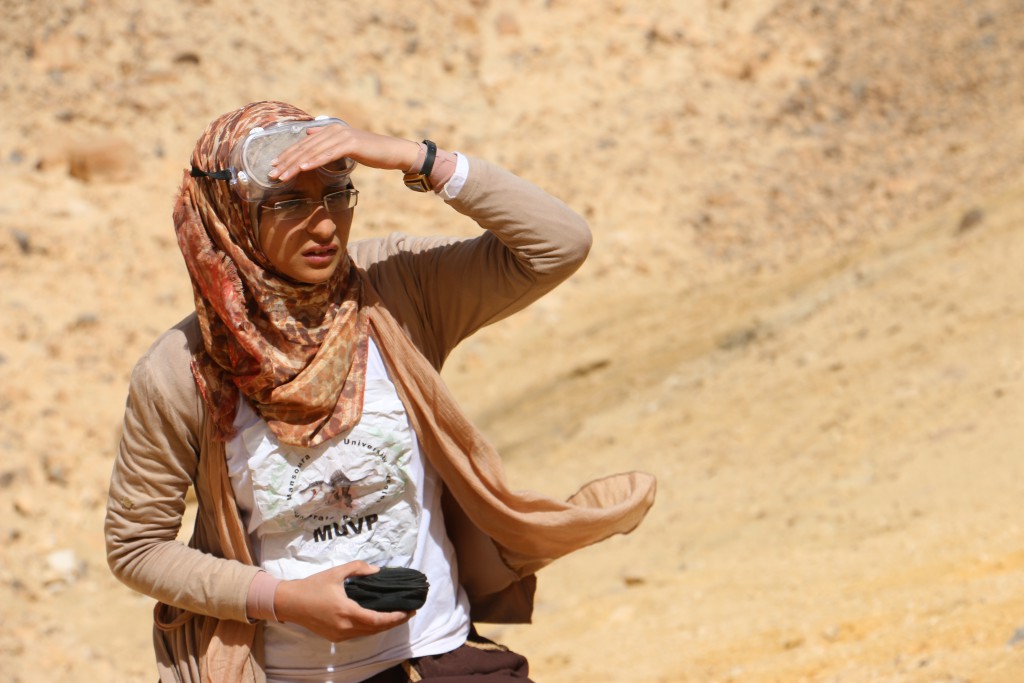 Egyptian paleontologist Sanaa El-Sayed, shown here in the field, is the first woman vertebrate paleontologist from the Middle East to be first author on a paper published internationally — and her colleagues at Mansoura University are not far behind her. (Photo courtesy Sanaa El-Sayed)

Sometimes, paleontology is about looking forward. Sure, the field is focused on uncovering and understanding the past, but to continue to progress, like every other area of science, paleontology needs a constant influx of new and enthusiastic talent. And as more opportunities open up around the world for both academic studies and fieldwork, from Antarctica to the expansive deserts of Africa, the next generation of paleontologists are blazing new trails.

Here at Dead Things, I’ll be spotlighting these rising stars of the field in an occasional Q&A series, The NextGen Paleontologist. Today’s paleo-to-know: Sanaa El-Sayed, who’s making a splash for her description of an ancient fish from her native Egypt.

Qarmoutus hitanensis is the first catfish to be found at the famous Valley of Whales site, and it’s no small fry. Let’s just say that if you were fishing in the area back when Q. hitanensis was swimming around, some 37 million years ago, you’d need a bigger boat. 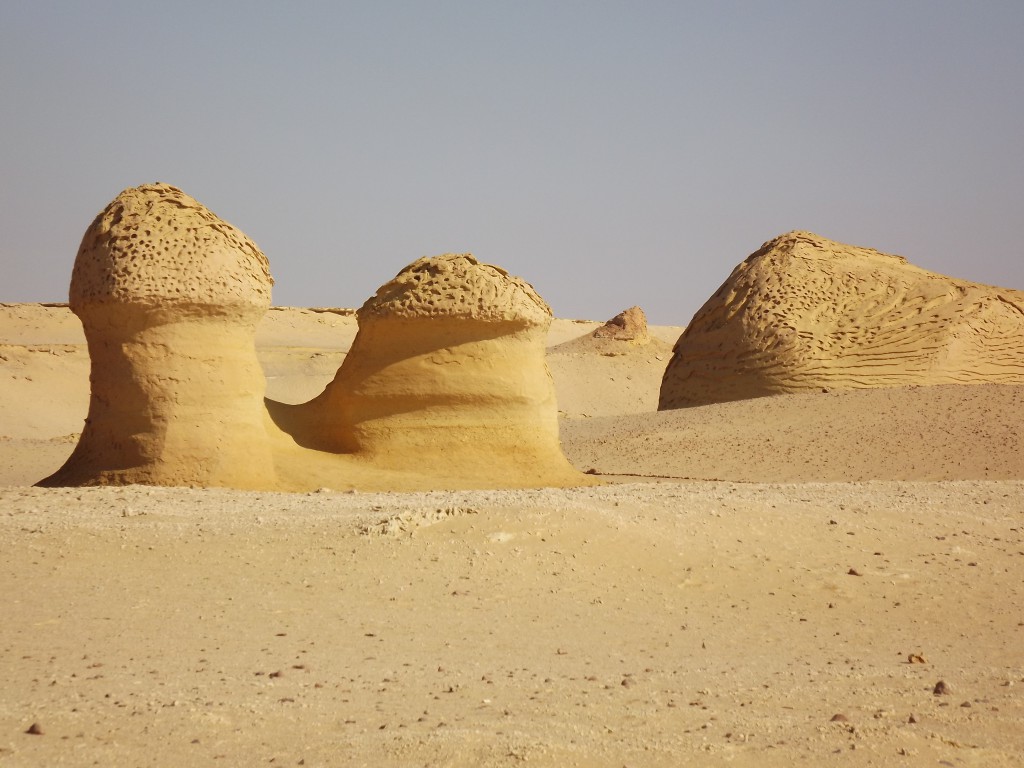 The desert expanse and wind-scoured rocks of Wadi Al-Hitan are home to the earliest whales — and to the latest fossil find by a rising star in paleontology, Sanaa El-Sayed. (Credit: Hatem Moushir)

El-Sayed, 26, has the distinction of being the first woman vertebrate paleontologist from the Middle East to be first author on a paper published internationally. With her colleagues, this week in PLOS One she described Q. hitanensis, an ancient catfish from Egypt’s famously fossiliferous Wadi Al-Hitan. Also known as The Valley of Whales, or Whale Valley, the UNESCO site contains the earliest known whales and chronicles one of evolution’s biggest plot twists: when some land-based animals said to heck with terrestrialism and headed back to sea.

El-Sayed, who will be defending her masters thesis later this month, currently teaches stratigraphy and paleontology at Mansoura University, located in the Nile Delta region north of Cairo. She’s also the lab manager of the Mansoura University Vertebrate Paleontology Center (MUVP), which she describes as “the first and only of its kind in the Egyptian universities if not in the Middle East.”

MUVP is in the vanguard of a new wave of interest in paleontology in Africa and the Middle East, fueled by recent discoveries and calls for a more prominent research role for local and regional paleontologists in a field that is still largely dominated by American, European and Asian researchers.

El-Sayed stayed up late at her home near the university last night to share her research and her story with Dead Things.

A Different Kind of Catfish

Q: What’s so special about your fossil, Q. hitanensis?

El-Sayed: It’s exceptionally preserved and is the most complete catfish to be reported from Egypt since 1928 — and the first [marine catfish] from the Valley of Whales. All of the catfish reported before from the Birket Qarun Formation [where it was found] were freshwater catfishes and were represented by fragmentary elements. Q. hitanensis represents a new genus and species of a marine family of catfishes. It is a large one with a predicted body length of up to 2 meters, which is quite rare in the catfish fossil record. It is the first fossil to be unearthed, prepared, described and published by an Egyptian team. 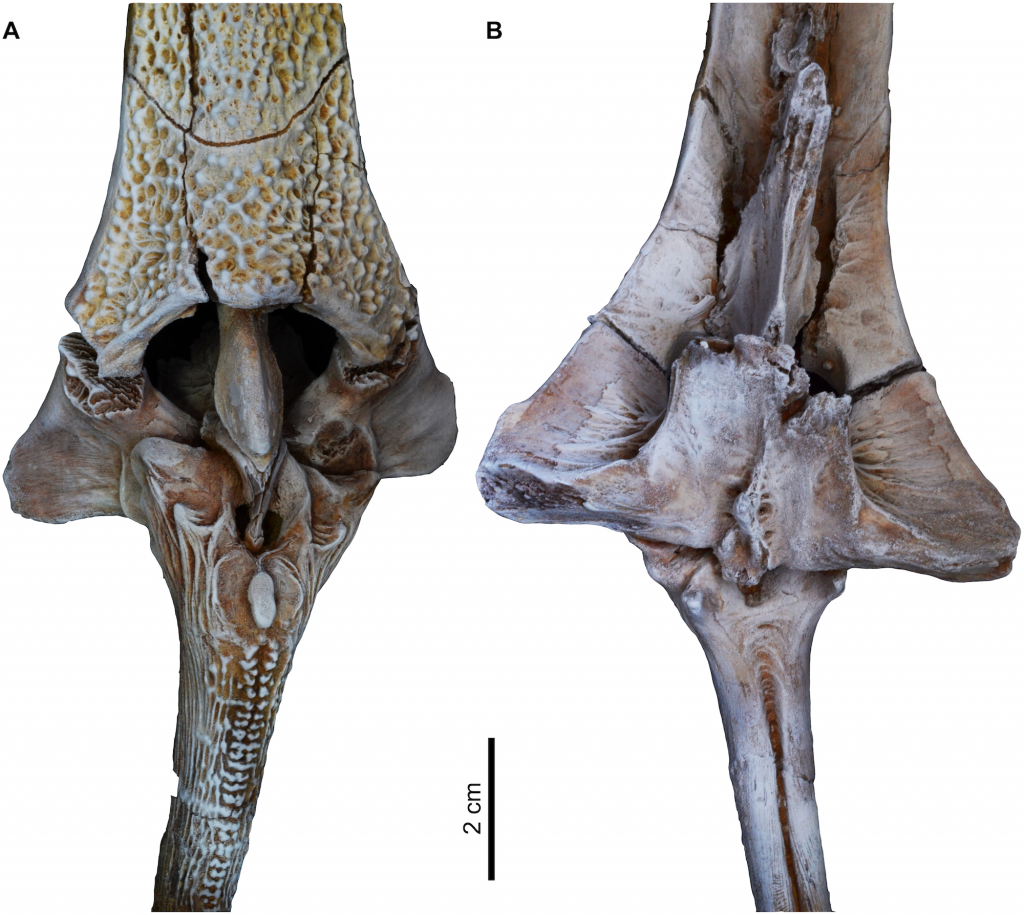 Q: There are a lot of people who might read this and shrug, asking “why should I care about a fish that lived 37 million years ago?” Why is paleontology important?

El-Sayed: Every species plays a special role in its ecosystem, and we can’t really understand these ancient communities until we appreciate all of the different members and how they fit into their various ecological niches. Any fossil is telling a paragraph in the life history book. The more paragraphs we add to this book, the clearer the picture.

A Whale of a Site

Q: What’s it like working in Wadi El-Hitan, the Valley of Whales?

El-Sayed: My first time to see Wadi El-Hitan was my first field trip ever in vertebrate paleontology. I was full of conflicted emotions. I was so excited, a little afraid and astonished by everything in the area. I instantly fell in the love with Wadi El-Hitan. It’s still the most lovely place, to my heart, to do fieldwork in. The landscape is composed of isolated hills of yellow sandstones with remarkable shapes excavated by the wind. You feel comfortable wandering between them. 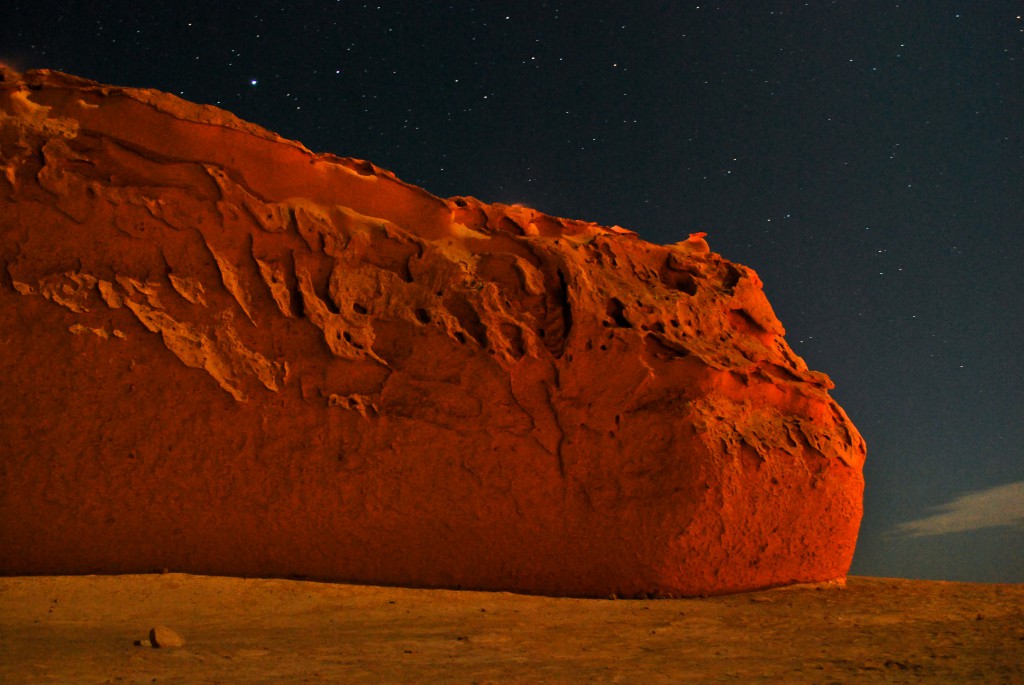 Q: What led you to study science, and more particularly vertebrate paleontology?

El-Sayed: Since I was a kid I had a passion for science; I always spent a long time in the school library reading books. One day I read a book about ancient lifeforms on Earth and types of rocks and minerals. I was so attracted to this field of science and I made a goal for myself to study geology. In 2011, I took my first vertebrate paleontology course and lab with Dr. Hesham Sallam, the first and the only one [at the university] at that time who had a Ph.D. in vertebrate paleontology. I fell in love with vertebrate paleontology and I wanted it to be my career.

Q: How is paleontology in Egypt changing? Are more women entering the field?

El-Sayed: The MUVP team is made up of four female [graduate] students in different subfields of vertebrate paleontology. I’m the first to publish among them, but they are also leading the scientific work in other papers and their work will be published this year.

The biggest challenge for me, as a female paleontologist, was the culture in Egypt. It is unusual here for a woman to work in the desert or stay out of her home for a week or even a few days. This lifestyle is not supported in the society here but my family supported me and encouraged me to do what I love regardless of the traditions and customs.

I‘m among the first generation of female vertebrate paleontologists and there were no field-trained women before me from whom I could learn. The only thing that I could do to face this problem was to learn through practice. Of course, the first trips were the hardest ones, but things became better later.

I went through 20 field expeditions in Egypt from 2011 to 2016. Even though I had to go through numerous difficulties, it didn’t stop me; it was motivating for me and I went from being a team member, to field manager, and then team leader, and now I’m transferring my expertise to the next generation of women and men who enter this field.

A Feel for the Field

Q: What’s the best part about your research?

El-Sayed: The field work is the part I love the most in vertebrate paleontology, it’s like an adventure. I get to explore remote areas for ancient life forms that roamed Earth millions of years before humans were present, and you don’t ever know what are you’re going to find! I can’t sleep the day before the field trip from the enthusiasm.

The toughest part of the fieldwork is when I find a fossil that is so fragmentary, or enclosed in a hard rock, that makes it difficult to get it out. In my head, a lot of thoughts are tearing me apart: How to get it out without damaging the bone? What is the best way? Will I be able to do it correctly? It’s a stressful thing to think like this for every fossil I deal with in the field, but when I do it right it feels awesome!

You Gotta Have Goals

El-Sayed: The Egyptian fossil deposits remain largely unexplored and there is no place on earth where I would love to do fieldwork more than in Egypt.

After finishing my Ph.D., I anticipate that I will have students to whom I can transfer knowledge, and encourage women specifically to enter this field. I also look forward to participating in the initiative for the first Egyptian Natural History Museum. I hope that through my position in the university I will be able to initiate programs and workshops with primary, preparatory and high schools to teach them about vertebrate paleontology. I hope that I will be able to spread the culture of vertebrate paleontology in Egypt.