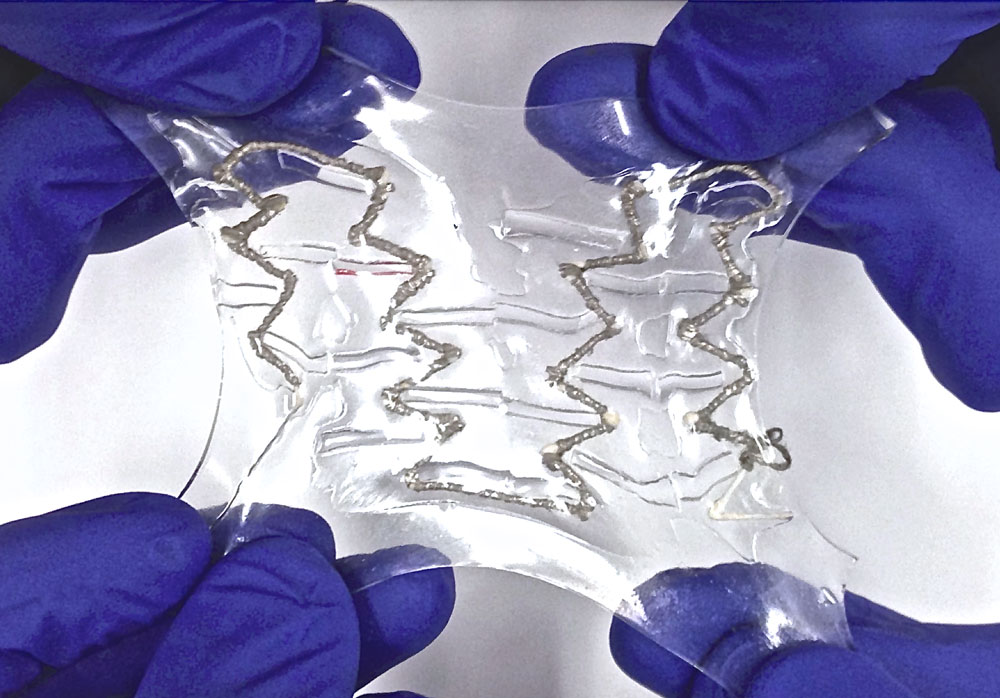 Incorporating electronic components into everything we wear is the fashion trend of the future. But those LEDs, health sensors, heaters and whatever else we’ll come up with all need energy. A battery is a logical solution, but it’s been difficult to design one that’s rugged and efficient, but also comfortable.

However, in a study published today in Science Advances, a team from the University of California, Berkeley described a battery that perhaps satisfies all of those parameters.

The battery is made out of springs and charged by an integrated solar cell. The battery’s unprecedented tolerance to repeated bending and ability to bend in any direction makes it well suited for integration into wearable electronics such as health monitors.

Aminy Ostfeld, a post-doc at Berkeley, says the project emerged from the question, “What is the limiting factor on the comfort for a person?” in current wearable devices. Even a small watch battery, says Ostfeld, “looks large and chunky and uncomfortable” next to state-of-the-art bendable sensors.

Batteries are comprised of a few main components: an anode, cathode and electrolyte. Commercial battery designs such as lithium-ion batteries are made of two solid electrodes and a liquid electrolyte. None of these components have noteworthy intrinsic elasticity, and attempts to make them from more flexible materials, so far, have come at significant cost to battery performance.

In this new battery, rigid metal components are instead wound into coils (springs), which are layered on top of one another. The resulting battery looks like a long, thin slinky.

“This battery design gives us a lot of options,” says graduate student Alla Zamarayeva, a main author of the paper. The tightness and size of the springs can be customized to suit a range of applications.

“Safety is a primary design consideration,” says Zamarayeva, when the device is going to be worn. The silver-zinc battery design was chosen for its high-energy density and non-toxic materials. Zamarayeva says moving forward she hopes to make battery components that are both safe and biodegradable.

“Disposal of all of these wearable devices will become an issue…we need to look forward and anticipate that,” she says.

A solar cell designed by Ostfeld was also made with flexibility and every-day lighting in mind. Attaching a power source to the battery is “a whole huge step which people don’t really appreciate,” says Zamarayeva. 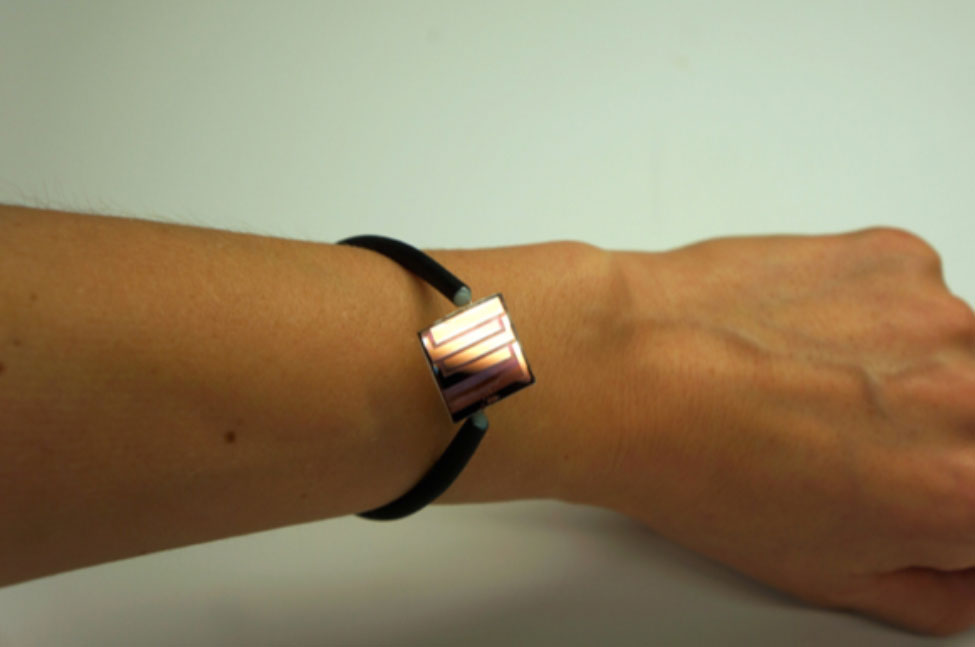 The majority of studies in this field have focused on the battery, charging mechanism and sensor components individually, but significant effort is required to optimize an integrated system. Ostfeld thinks it’s likely that their group will work on finding that holistic solution.

On all design fronts, Ostfeld and Zamarayeva see renewable energy sources as critical to the future of wearable devices. The smaller electronic devices become and the more electronic devices we own, the more inconvenient it becomes to keep everything charged by plugging them into an outlet.

“You’re not going to carry a can of gas around with you, you have to be collecting energy from the environment,” says Ostfeld.

As proof of concept, the battery and solar cell were combined into a simple, yet striking, bracelet. “Looking at this from the wearable medical sensing device perspective,” says Ostfeld, “there are a large number of vital signs that can be measured from the wrist in particular…but the battery designs that we have would be applicable for essentially anywhere else on the body as well because they’re so mechanically flexible.”