Australian Scientists Dredged the Deep Seafloor — Here&#039;s What they Found 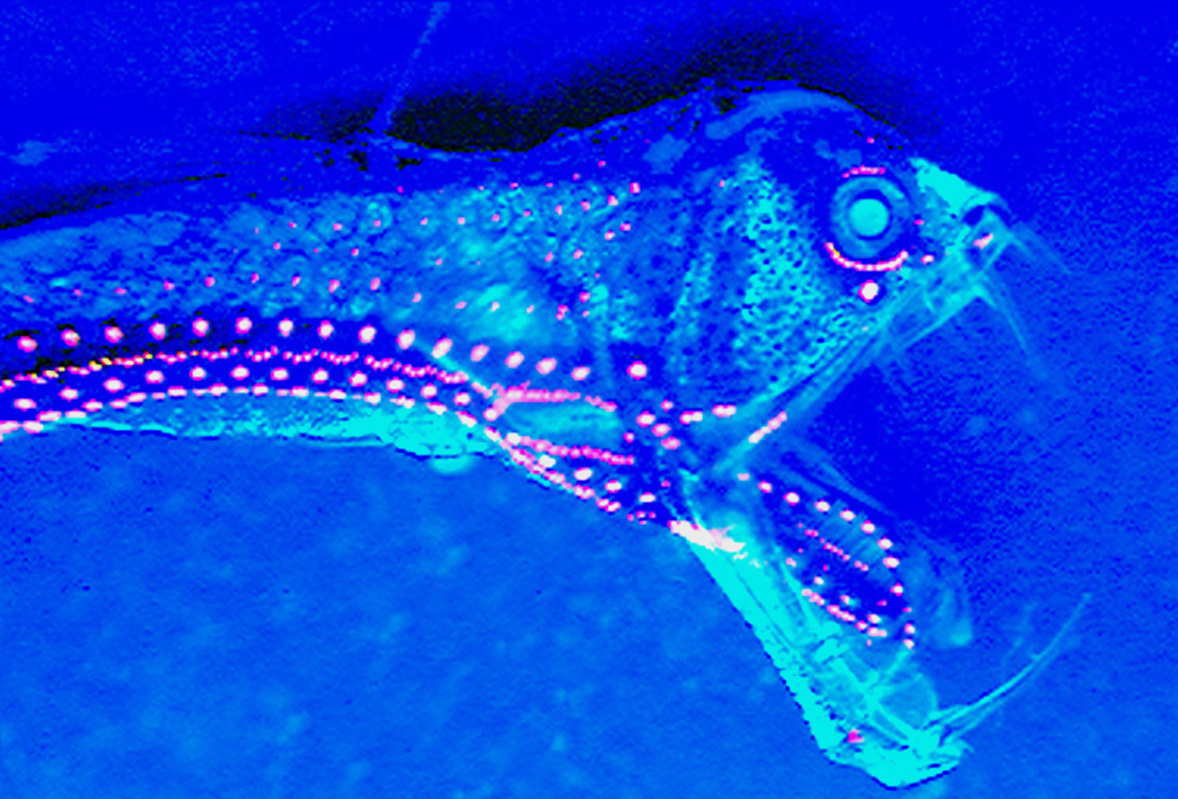 In a dark world of crushing pressures and barren landscapes, creatures we’ve never seen before, and, likely, couldn’t even imagine, are swimming.

The ocean’s abyssal zone begins over two miles beneath surface; it’s so deep that light never touches it. What little we know about it comes from sediment dredged up from the seafloor and brief snapshots captured by remotely operated submarines. This makes it a gold mine for marine biologists, for whom each rare glimpse beneath the waves offers up a bounty of new species and rare observations.

An international team led by researchers from Australia’s Commonwealth Scientific and Industrial Research Organisation will soon wrap up a month-long expedition exploring the deep seas off of Australia’s east coast. There, a massive, yawning rift not far from the coastline serves as a prime target for abyssal research. In daily dispatches, the team has detailed the results of their research as they come in, offering up images of glowing starfish, toothy predators, slender-stalked crinoids and more, many of them new to science.

Conditions deep under the sea are far different from those at the surface, resulting in creatures that may look malformed to us, but which are actually well adapted to their unique environment. Take, for example, the blind cusk eel, a fish that looks more like the larval stage of an alien butterfly. With transparent skin, underdeveloped muscles and gills and a skeleton that’s only partly hardened, the blind fish seems ill-suited for survival. But, in an an environment where there is no light and little food, the eel may simply be doing the best it can with what it’s given. 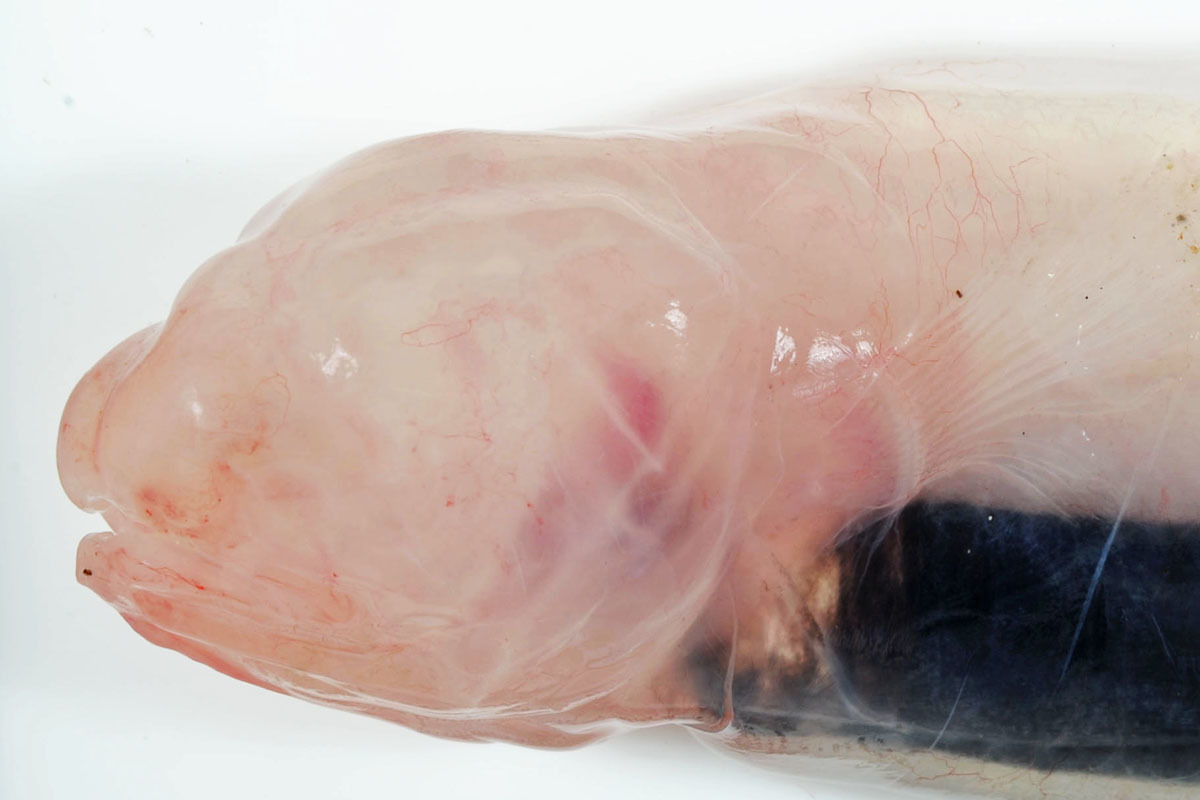 For a much more fearsome example of what evolution on the seafloor can produce, look no further than the viperfish. Wicked fangs and a mouth that can stretch to dizzying proportions make it a poor defenseless blind cusk eel’s worst nightmare. Thankfully, however, the viperfish is actually tiny — you could hold one easily in the palm of your hand, although you really probably shouldn’t. In addition to its biological weaponry, the viperfish is a tricky hunter, making use a glowing lure above its head to lure in prey and chomp them down. 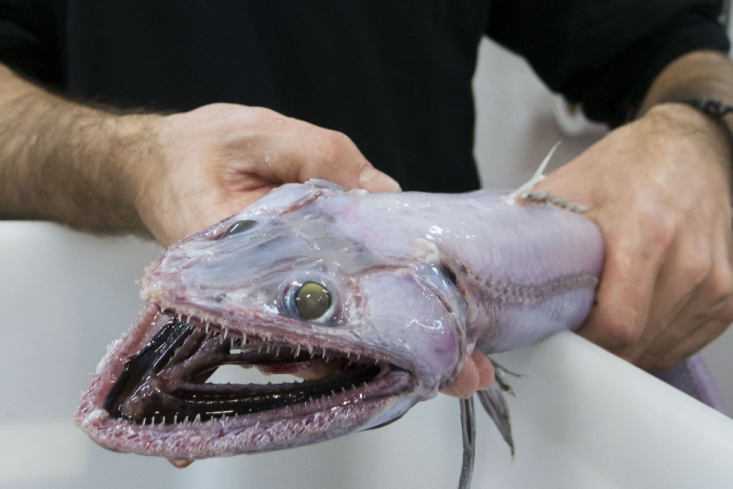 Perhaps even more unsettling is the lizard fish, so named for the distinctly reptilian cast of its features. Bulbous eyes, something of a rarity at the depths it inhabits, and a line of hinged teeth — the better to maneuver prey down its throat — mark it as an ambush predator. And, at sizes big enough to require two hands to pick up, this fish could do some serious damage. 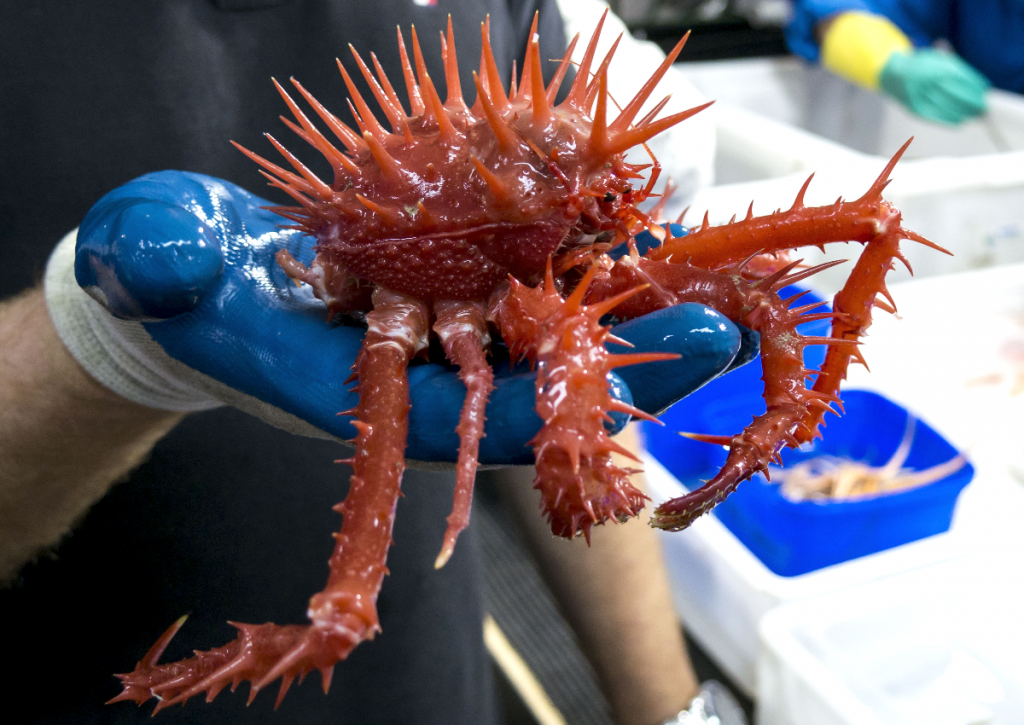 If you can’t beat them in the teeth department, there are other options as well. The rock crab compensates with a body studded with long, viciously pointed spikes, offering would-be predators no easy spaces to grab hold. Like many deep-sea creatures it’s colored red, a fairly safe choice deep down as red light barely penetrates beneath the surface, tinting them a dull, camouflaged brown. 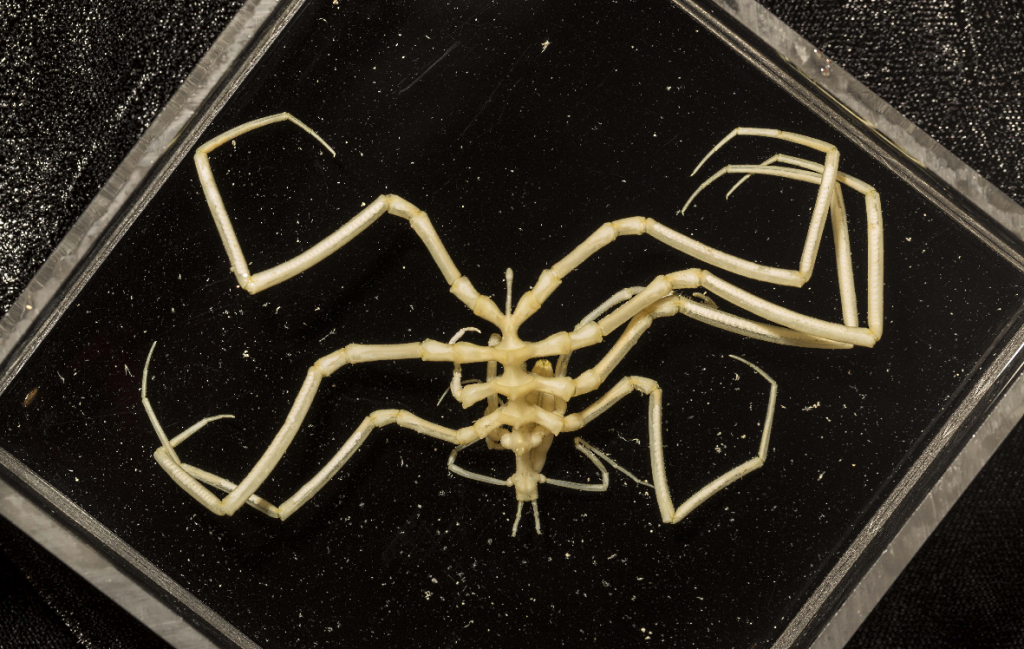 Not every denizen of the deep is armed with weaponry, however. Some even look almost too fragile to move, and rely on their ability to blend in and hide to avoid being eaten. Or, like sea spiders, they just don’t really seem worth eating. Looking like nothing more than a spindly collection of tubes tied together, they are Arthropods, although not at all closely related to spiders on land. Some have eight legs, while other species have 10 or even twelve gangling appendages, which they use to swim by effecting a kind of treading motion. The researchers say they still have no idea how they fit into the deep-sea ecosystem. 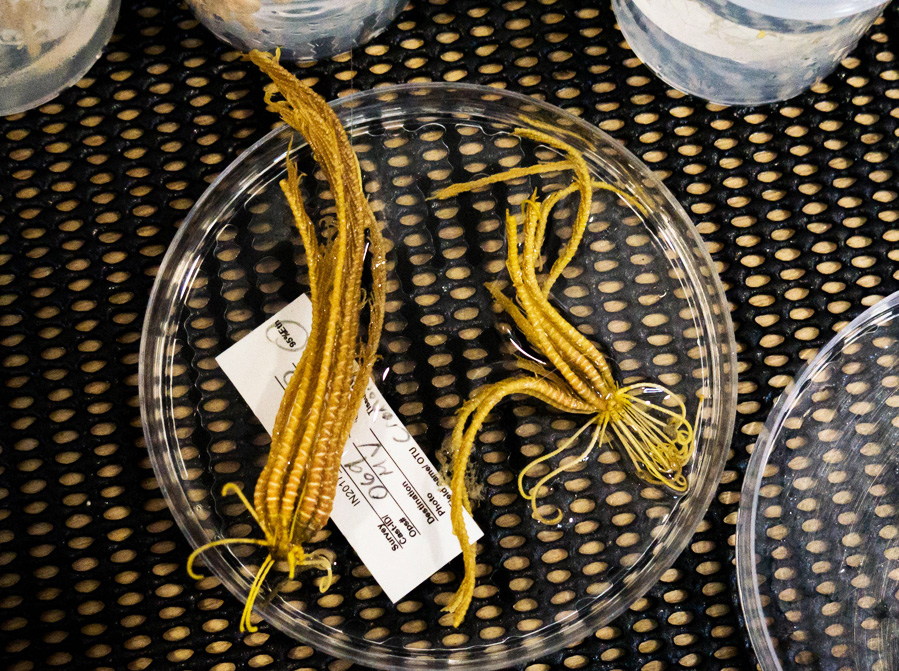 Some animals on the sea floor have adapted a more sedentary lifestyle. Crinoids, are basically just a stalk with a crown of floppy arms, which they use to snag passing bits of food. They can move if they feel like, however, using their arms to pull themselves across the seafloor, stalk dragging behind like a long tail. They have been around for some 500 million years, researchers estimate, and signs of their Triassic forebears are still visible in stony calcretions formed by their stalks. Crinoids are hardy too, found everywhere from the shallows to depths of over five miles beneath the surface, arms waving gently in the current.