This Element&#039;s Weird Behavior Could Lead to Faster Electronics 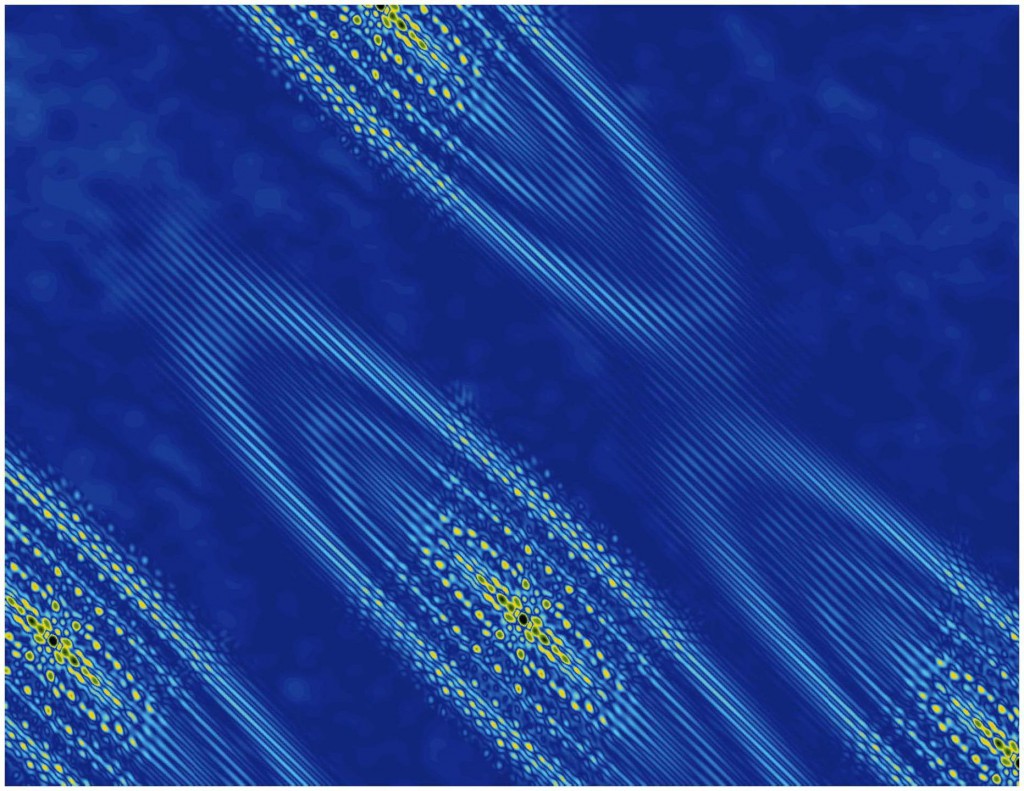 Element 83 on the periodic table, bismuth is a hard, pinkish-white metal that can grow in stunning geometric crystals.

Recently, researchers have been taking a closer look at bismuth, down to the atomic level. Shown here is a simulation of orbiting bismuth surface electrons in a very strong magnetic field.

Note how the electrons are all gathered in clumps inside each potential orbit. Scientists refer to this as an energy valley.

The Princeton-led study, published in Nature Physics this month, used a technique called scanning tunneling microscopy to show that bismuth electrons prefer to crowd into a single valley, creating a type of electricity called ferroelectricity. Scientists call it “emergent behavior.”

We’re reaching the physical limits of packing transistors into increasingly tiny spaces, but insights into this growing field of “valleytronics” could lead to new materials that will ensure ever more powerful processors are available to quench our insatiable thirst for better, faster technology.

And, in fact, the study shows bismuth seems to have six specific valleys. This means it may be possible to distribute information in six different states via the presence or lack of an election.

“The idea that you can have behavior that emerges because of interactions between electrons is something that is very fundamental in physics,” study author and Princeton University graduate student Mallika Randeria said in a media release.