The Mother of All Apples Is Disappearing 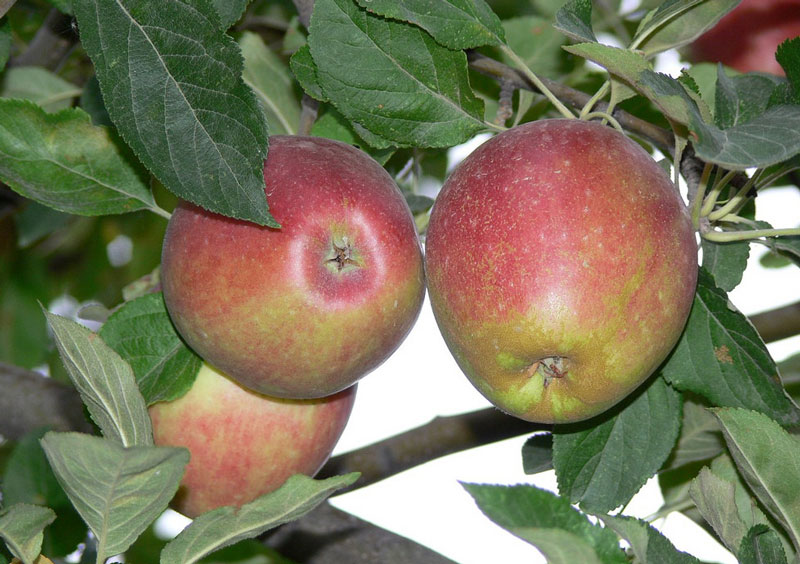 You probably haven’t eaten this fruit before, but you may have one of its ancestors in your house right now. (Credit: petrOlly/Flickr)

In the wilds of Kazakhstan, there’s an unassuming tree that bears an unassuming fruit. Like many plant species, development encroaches on its usual territory while climate change makes it harder for the tree to thrive and bear healthy yields of fruit.

You probably haven’t eaten this fruit before, but you may have one of its ancestors in your house right now. After all, its children have more than 7,500 varieties in an assortment of colors and tastes and textures.

This plant is Malus sieversii. It’s one of the last truly wild apples. But development encroaches on its territory in Kazakhstan, while a hiatus on coal energy has led some Kazakhs to begin burning wood charcoal again — going after the wood of the tree, leaving old growth dead. Too many attempts at re-hybridizing it with other varieties are weakening its genetic heritage. Agricultural expansion is razing the untamed land the apple thrived on. Animals picking at the fruit are leaving the trees barren. And of course, there’s the ever-looming threat of becoming another climate causality.

The Garden of Eden

Liz Rattan spent a few years in Kazakhstan teaching English, and saw the way the apple is woven into the culture. After all, one of its biggest cities is named Almaty— “alma” is the Turkish word for apple.

It’s a virtual bounty of apples there. They’re all over grocery stores and road sides. Wilder cultivars sit alongside the granny smiths we all know and occasionally love. Ratan says where she lived, the apples were supplied by three Tajiki vendors who picked the fruit regionally.

These aren’t the massive Honeycrisps sitting in your grocery aisle, though. They’re smaller. More nuanced.

“The best way to tell the difference between commercially grown apples and the local varieties is essentially a size difference,” Ratan says. Local apples are not gargantuan; they are fresh and crisp; and they often have leaves intact on their stems. Lots of people also sell their garden variety backyard apples at the Zeloni (Green in Kazakh) bazaar in plastic bags, by the kilo.”

Others have referred to the territory containing M. sieversii as an “Eden of Apples.” This area covers several other former Soviet republics — Kyrgyzstan, Tajikistan, and Uzbekhistan — and a narrow area of China. But according to the IUCN, the wild apple has declined by 70 percent over the last 30 years.

That means that, like some agricultural animals, we may soon only have the more domestic apple as M. sieversii loses territory and is hybridized out of existence.

The Tree of Life

The apple has always held an importance in human affairs, but it’s never quite risen to staple crop status. Joanna Crosby, a faculty member in the history department at the University of Essex, wrote her dissertation on the historical heritage of apples as a cultural symbol. She says that it’s never been a staple crop, that a bad harvest year means “the villagers endure a winter without cider, the pigs will be a bit thinner (pigs love windfalls) but it’s not the same as the grain harvest failing.”

“That’s why I find all the apple symbolism so interesting, in that it seems out of proportion to the apple’s importance in the diet,” she says.

Indeed, an apple a day may keep the doctor away (citation is awaiting peer review), but it’s chiefly a sort of healthy snack. But it’s also a symbol of virility, sin, of beauty and more. The Asgardian gods kept themselves alive thanks to the apple, so you can thank the apple for Thor. As Crosby points out, the Tudors had cultivators in their orchards specifically in service to the royalty, and the Greeks, Romans and Egyptians were early cultivators.

“[A]pples have been found in prehistoric graves and in the middens of bronze age settlements. It is a fruit that has been eaten ever since wild apples evolved in the ‘Fruit Forest’,” Crosby says. “This was a vast tract of forest, covering nearly all of what is now Eastern Europe and into Asia.”

So how did we get from the wilds of the Kazakh apple to the dreaded red delicious?

Amandine Cornille, a food genetics researcher at ETH Zurich, has extensively studied the genetic heritage of the apple. It seems that the apple as we know it came from the M. sieversii with input from a few cousin species. It’s sort of like modern humanity. We are Homo sapiens largely, but we have genetic input from Neanderthals and Denisovans that end up a fraction of our DNA.

In the end, Cornille and her coauthors came to the conclusion that the biggest genetic contribution came from Malus sylvestris. Unlike M. sierversii, M. sylvestris is far from palatable.

“You have two varieties, the Caucusus and the European one, and these two are very little apples,” Cornille says. “The European one is one to two centimeters, and I can tell you, if you try to eat them, the next day they’re not very crunchy. They’re not very tasty. Some people make a marmalade, where they add a lot of sugar, but you cannot eat them. Mainly it’s the deer that eat them in the wild.”

Somehow though, around 3,000 to 4,000 years ago, the European crab apple and the wild Kazakh apple began their agricultural courtship and created the cultivated apple you have in your lunchbox today. When looking at M. sierversii, it’s obvious that it’s the progenitor.

“That’s why we found out it was a different species, because in this area (of central Asia) you can find more of a diversity and morphology of apples,” Cornille says. “You can find apples that look like the European one, very little, and you can find very big ones that are very tasty and look like golden delicious.”

Of course, Michael Pollan wrote in a 1998 article that M. serversii wasn’t always that great itself. He wrote, “Many of the ones I tasted were unqualified spitters, and only a few of the oldies could hold a candle to, say, the Macoun or the Jonagold. Yet the old apples offer a striking catalogue of flavors (apples tinged with nutmeg and riesling, mango and nuts) and colors, intriguing qualities that have been trampled in the rush to breed apples brimming with sugar and red pigment.”

He was tasting the apple at a Cornell University plantation in upstate New York devoted to saving M. sierversii and cross breeding it to be a little more palatable. The program is also essential to keeping our modern apple alive by introducing pest resistant qualities only available in M. sierversii.

Cornille says efforts are already underway in Iran to preserve seeds of these apples, similar to the Cornell effort. You can even buy the plant (or its seeds at times) online. Some of those come directly from the New York State Agriculture Experiment Station.

There’s an uncertain future for the wild apple, but right now, it’s not yet truly endangered. With the right conservation efforts, it could rebound. But if its current trajectory continues, the plant may well dwindle away into nothing, the only evidence of its existence hiding in history books and more primitive varieties of cultivated apples like the golden russet.