The Arctic as we once knew it is going, going… 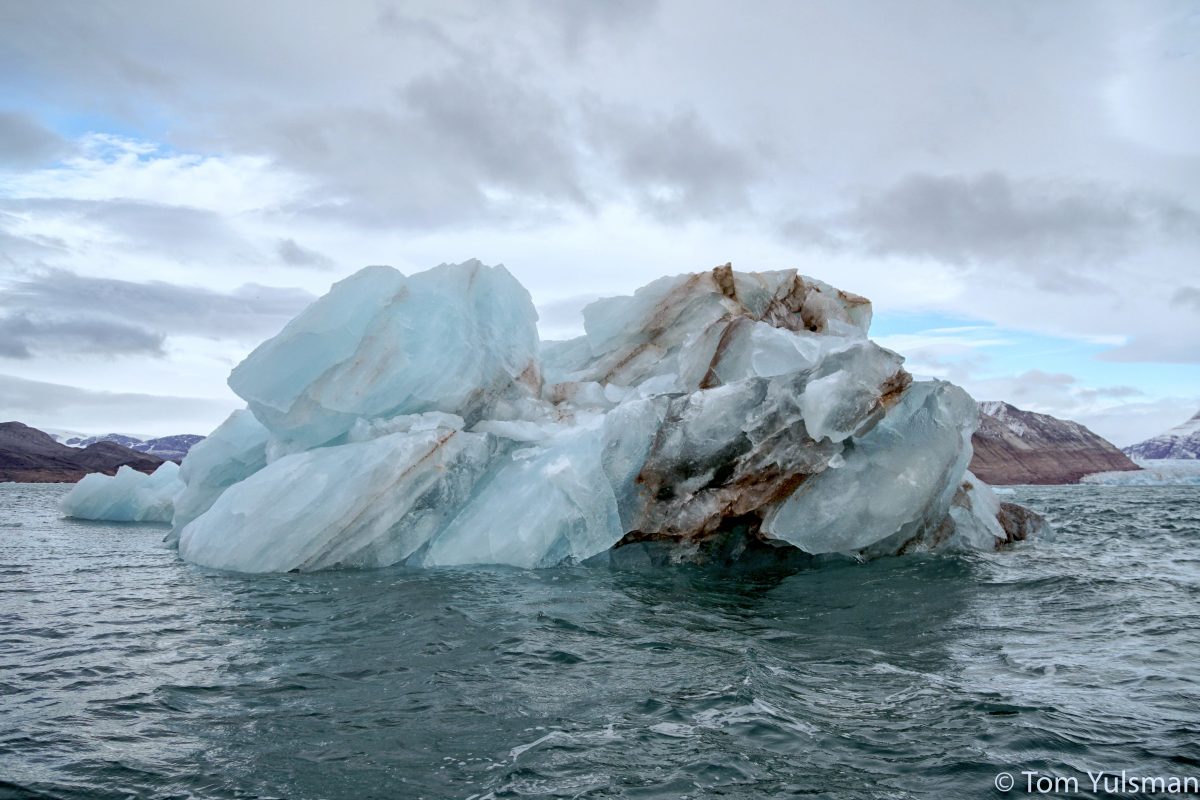 A new report finds that while continued change is ‘locked in,’ there’s still time to stabilize some trends by cutting greenhouse gas emissions

A chunk of glacial ice about one story high floats in a fjord near Ny Ålesund in the Arctic archipelago of Svalbard in September of 2016. (Photograph: © Tom Yulsman)

In the past few years, I’ve heard it from many researchers: Global warming has pushed the Arctic into a completely new state. Now, a comprehensive assessment report published today confirms it:

With each additional year of data, it becomes increasingly clear that the Arctic as we know it is being replaced by a warmer, wetter, and more variable environment. This transformation has profound implications for people, resources, and ecosystems worldwide.

For the past 50 years, our emissions of greenhouse gases have warmed the Arctic at twice the rate as the world as a whole. And between 2011 and 2015, the region has been warmer “than at any time since instrumental records began in around 1900,” according to the assessment report, published by the Arctic Council, an intergovernmental group focusing on environmental protection and development.

The Arctic is still a cold place. But there has been a “widespread decline in periods of extreme cold during both winter and summer, and increases in extreme warm periods in some areas, such as northern Alaska and northeastern Russia in autumn and spring,” according to the report.

It notes that “the Arctic Ocean could be largely free of sea ice in summer as early as the late 2030s, only two decades from now.” In fact, some experts believe this could happen much sooner.

If all of this seems far away and largely irrelevant to our lives here in the middle latitudes, consider that what happens in the Arctic isn’t just staying in the Arctic. For one thing, the report says that lower-end projections of sea level rise from melting of Arctic ice sheets already seems to be underestimated.

That’s probably not exactly breaking news to residents of Miami Beach, where the city government already is raising city streets to cope with flooding. And some homeowners may soon be raising their houses.

Some studies have linked the loss of land and sea ice, along with changes in snow cover, to changes in Northern Hemisphere storm tracks, floods, and winter weather patterns, and have even found evidence that Arctic changes influence the onset and rainfall of Southeast Asian monsoons.

Scientists are still characterizing just how much of an impact Arctic change is having on weather patterns elsewhere. But there is not much doubt about the connection itself.

All of this can seem hopeless. And indeed, thanks to the carbon dioxide we’ve already added to the atmosphere, and the heat that has already accumulated in northern waters, the Arctic climate will continue to warm until mid-century even if we manage to drastically reduce our emissions of heat-trapping greenhouse gases tomorrow.

But as the report notes:

While the changes underway in the Arctic are expected to continue through at least mid-century, substantial global reductions in net greenhouse gas emissions can begin to stabilize some trends (albeit at higher levels than today) after that.

There’s still time. And thinking conservatively, we should do something. Now.