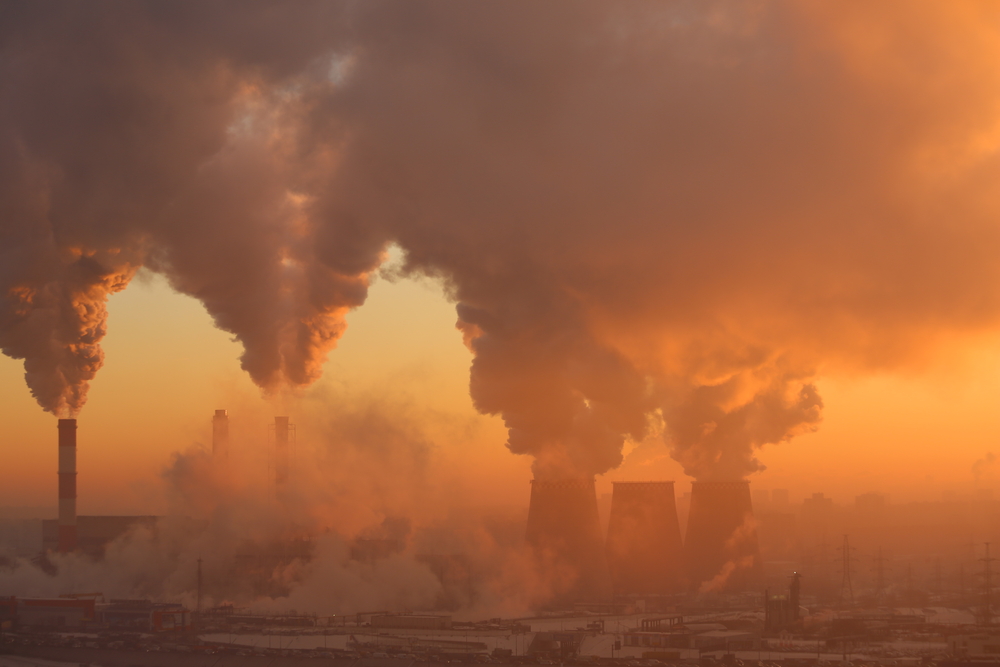 A recent article published in the Daily Mail critical of climate science has drawn sharp criticism from multiple climate researchers.

The controversy concerns a paper, published in 2015 by a team of NOAA researchers led by Thomas Karl, that revealed a purported “pause” in global warming was nothing more than an artifact of incomplete data. Now, the Daily Mail has published an article based on an exclusive interview with former NOAA employee John Bates alleging that the Karl paper misinterpreted data to overstate the scope of climate change.

The article was quickly promoted by The House Committee on Science, Space and Technology, led by Texas Republican Rep. Lamar Smith.

.@NOAA obstructed the committee’s oversight at every turn. Now we know what they were hiding: https://t.co/4C9MzWNiWk

In brief, Bates, who was not involved with the research he discusses, questions the legitimacy of datasets used by Karl et al. He contends that they improperly combined readings from multiple sources, alleges that their software was plagued by bugs and argues that they failed to archive their data properly. The Daily Mail article uses these critiques to paint a picture of a far-reaching cover-up among climate scientists.

The response was swift: Several climate researchers, including former NOAA scientists, wrote blog posts pointing out the many flaws in Bates’ argument. Chief among them is the fact that the datasets, along with a record of bug fixes and their impact is publicly available. In addition, multiple papers have drawn the same conclusions as Karl et. al using the same dataset, and another recent paper backs up the reliability of the NOAA’s models. All of the research points to a mostly uninterrupted trend of warming throughout the 20th and into the 21st century. 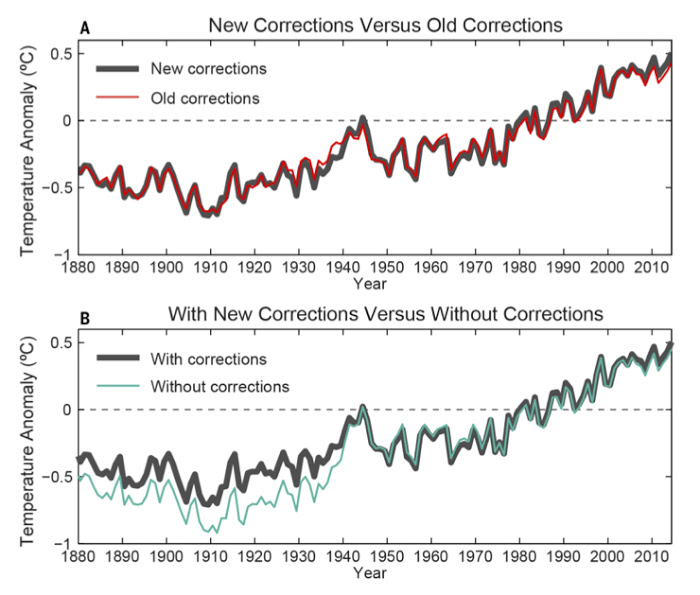 One of Bates’ main issues is that estimates of global warming are based on both land and ocean temperature data. Our datasets for land data are newer, and Bates argues that they shouldn’t be trusted. However, as Zeke Hausfather, an energy systems analyst and environmental economist, points out, the trend looks the same whether data was collected in the ocean or on land. University of Bonn Meteorological Institute researcher Victor Venema adds that the Daily Mail article seems to ignore the long-term trend, which shows a pattern of visible warming.

The most important part of the Karl paper was the realization that ocean temperature data obtained from buoys and ships — the two main sources — differs slightly because ships’ engines will warm the water slightly. This resulted in readings that were slightly higher than they should have been. Their new dataset, which accounts for this difference, erased evidence of a pause in global warming.

Bates believes that the new analysis improperly combined data from buoys and ships, as well as readings from land-based observatories to overstate temperature increases. However, says Venema, the new data using more input from buoy readings and a better compilation of data from different sources actually lowers estimates of temperature increases. In any case, the long-term trend is on an upward trajectory, no matter the dataset.

“The update of NOAA’s land data will probably remove a precious conspiracy of the mitigation skeptical movement,” Venema wrote.

Another point of contention in the Daily Mail article is that NOAA, in updating its datasets, is admitting wrongdoing. In fact, NOAA scientists are constantly updating their data and algorithms as Maynooth University climatologist Peter Thorne points out.

“All datasets I have ever worked upon have undergone version increments. Measuring in the environment is a tough proposition,” Thorne writes. Furthermore, the datasets and programs used by Karl et. al were not “highly experimental” as the Daily Mail claims — they were based on previous iterations of the program and were independently peer-reviewed.

“I can only say that the accusations in the piece do not square one iota with the robust integrity I see in the work and discussions that I have been involved in with them for over a decade,” Thorne concluded.

Several graphs are presented in the article as evidence of data manipulation. One purports to show data from both the Karl study and from “verified” research showing lower temperatures. In fact, the two datasets were calibrated to different baseline temperatures — accounting for the difference makes them nearly identical.

A graph from the daily Mail article purporting to show that the NOAA data is flawed. In fact, the two datasets are calibrated using different baseline temperatures, which accounts for nearly all of the difference seen.

Ultimately, the controversy may amount to nothing more than a misrepresentation of a scientific disagreement.

Bates’ issues with the research come down to a critique of how Karl et. al and others handled and stored data, not the ultimate veracity of the data itself. During his time at NOAA, Bates worked chiefly with satellite data unrelated to the databases used by Karl and his team, an area of research that uses different protocols for determining when to publish data.

He may not have personally agreed with their decision to publish the data; however, those results have been peer-reviewed and supported by teams of independent researchers. In addition, their methodology for calculating and temperatures has become standard for NOAA researchers, says Popular Science.