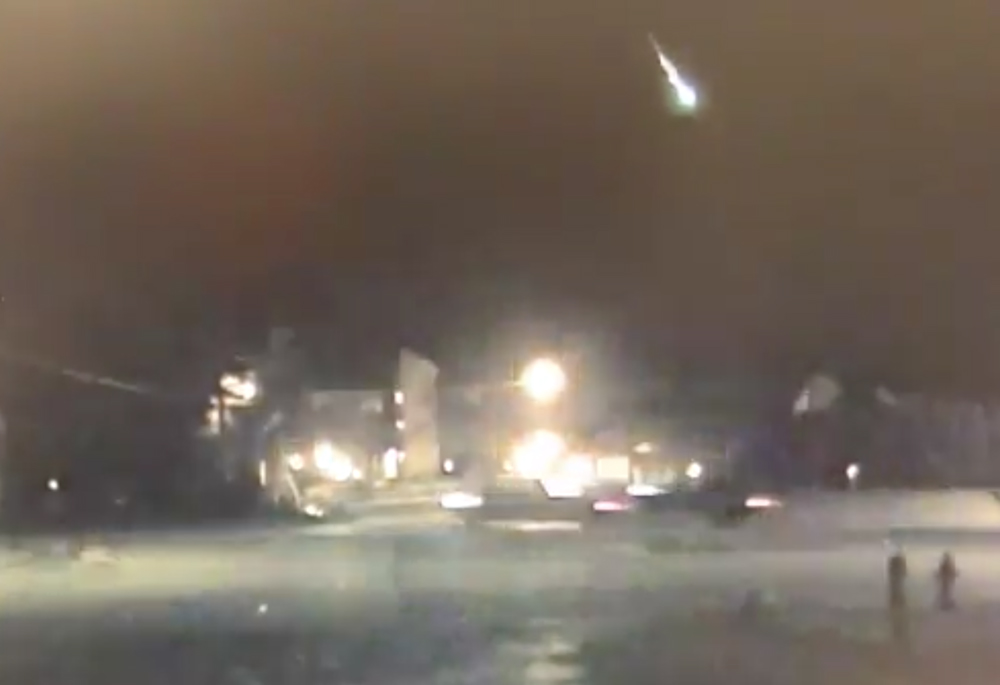 Dash cam footage of a meteor streaking over the Midwest on Feb. 6 is collecting views and instigating an envy of regional night owls who witnessed the event live.

The National Weather Service detected the meteor around 1:29 a.m. It flew over Lake Michigan between Sheboygan and Manitowoc, Wisconsin. The meteor was spotted as far south as Kentucky and as far east as New York, Astronomy reports.

Based on this fireball’s characteristics and similarities to a 2003 Forest Park, Illinois event, scientists estimate that the chunk of rock and metal – termed a meteoroid while in space – was at least the size of a minivan when it approached the Earth, says Philipp Heck, an associate curator of meteoritics and polar studies at Chicago’s Field Museum. Because an explosion was visible, the Midwest meteor was likely a bolide, or a meteor large enough to explode when it races through Earth’s atmosphere.

One of our officers caught this on their squad camera at about 1:30 AM today. The meteor lit up the sky and then came into view. pic.twitter.com/rRQazjC9Ro

A roughly 60-foot superbolide wreaked havoc over Chelyabinsk, Russia back in 2013, damaging building and injuring thousands—most caused by broken glass. Some eyewitnesses even reported feeling heat as it exploded in the sky.

Thankfully, these vehicle-sized portions rarely smack Earth’s surface, Heck explains. Typically, much of a meteor’s mass evaporates during its journey through Earth’s atmosphere, and the portion that doesn’t evaporate fragments into smaller pieces. The remaining bits are called meteorites when they reach land.

Or, in this case, when they reach water. Monday’s meteorites scattered like a giant handful of gravel across a portion of northern Lake Michigan. NASA scientist Marc Fries, a colleague of Heck, has already mapped the strewn field of the meteorites based on initial data. Fries will refine his models to home in on the field’s location more precisely as data is collected from citizen videos, weather radars and seismic stations.

The same types of data will also help scientists determine the meteorites’ origins.

“The objects that typically enter our atmosphere and fall to Earth as meteorites are too small to be detected in space with a telescope. They come unannounced,” says Heck. 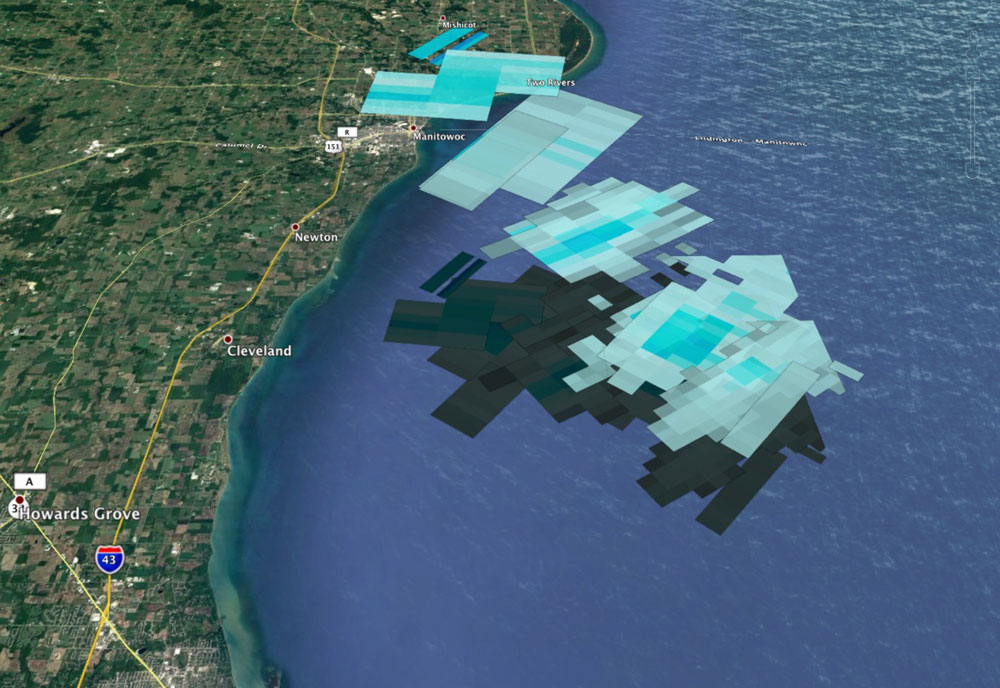 To trace the meteor’s beginnings, scientists calculate the object’s orbit; from that, they can garner information about its likely trajectory through space. In theory, meteorites can also be chemically analyzed. Learning about elemental and mineral composition reveals the type of larger space object that birthed a meteoroid, and the distance or time it traveled to reach Earth.

As of now, there are no plans in place to retrieve any meteorites from this incident, as they would be very difficult to locate, identify and recover.