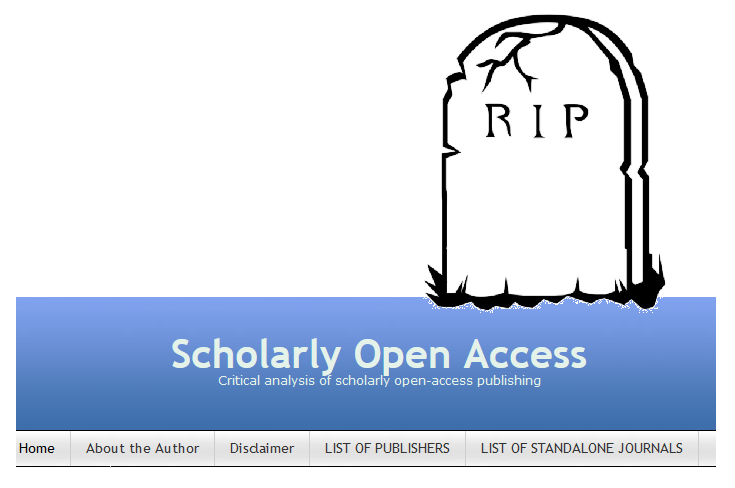 Last week, we learned that Scholarly Open Access, Jeffrey Beall’s website and blog, had gone down. Beall, an academic librarian at the University of Denver, has earned fame, and notoriety, for his list of what he calls ‘predatory’ open access publishers and journals.

It’s still not clear what led to the demise of Beall’s blog. There were rumors of possible legal threats. The University of Denver eventually released a statement saying that Beall “has decided to no longer maintain or publish his research or blog on open access journals and ‘predatory publishers.’” Beall himself has yet to comment, beyond a gnomic remark to Nature News that “my blog is now unpublished”. This post by Emil Karlsson is the best overview of the story.

In my view the demise of Beall’s project is a sad day for science. While his work was sometimes controversial, he was just about the only person who seemed to take predatory publishing seriously and who tried to do something about it. 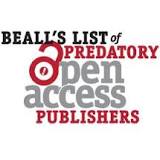 Predatory publishers are a big problem. They degrade the standards of science by publishing as “peer reviewed” material that is either poorly reviewed or not peer reviewed at all. They con unsuspecting researchers (often from low-income countries) into paying high fees for an abysmal service, while for unscrupulous authors they offer a way to get dubious material into ‘print’. They blight academics with inane spam. There are hundreds of these outfits, and more appear every day.

So I’m convinced that Jeffrey Beall was fighting the good fight in trying to keep a spotlight on these predators.

On the other hand, I don’t think he should have been doing this job alone. And now that Beall has, apparently, retired from the field, I don’t think any one individual should replace him. Predatory publishing is too big of a topic for one person to deal with.

The one-man nature of Beall’s operation left him open to charges of being arbitrary and opaque in how he decided where to draw the line between legitimate and predatory publishing. I think he made the right calls the vast majority of the time, but then again, he has not been transparent about why he shut down the site.

Therefore, I’d like to see a collective attempt to carry on Beall’s project. I’d love to see a public Wiki dedicated to predatory publishers. Such a Wiki would need moderators, because it would surely be the target of malicious edits by aggreived predators, but there should be a team of moderators rather than just one individual. To avoid conflicts of interest, moderators should have no links to either open access or traditional publishing companies.

Such a resource would serve the same purpose as Beall’s list, in that it would allow researchers to check whether a given publisher was considered predatory. But it would also serve as a forum for the fascinating field of ‘predatorology’ – the study of how these predators operate, and the often curious characters behind them.