Grown In One Species, Organ Transplant Helps Cure Another 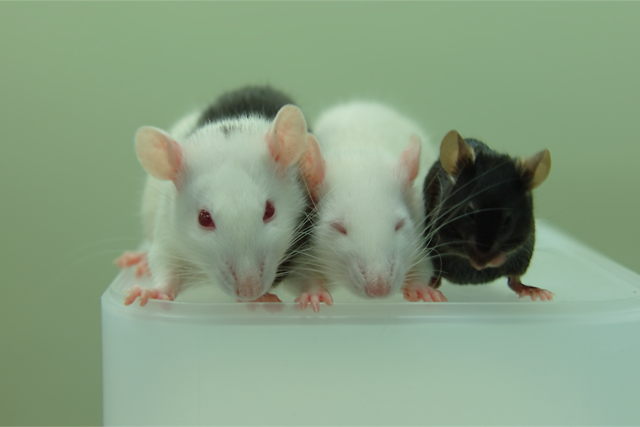 An interspecies transplant turned out to be an effective cure in diabetic mice, bringing the prospect of growing made-to-order human organs in other species a bit closer to reality.

It’s the first time that small parts of an organ, in this case pancreatic cells called islets, grown inside one species were transplanted into another species to successfully treat a medical condition. The researchers say that their work is an important step forward for the treatment of diabetes in humans, but technical, as well as ethical, questions still remain.

The team of researchers from Stanford University and the University of Tokyo first genetically modified rats so their offspring wouldn’t develop a pancreas. Then, when these rats conceived, they injected pancreas-building mouse stem cells into the rat embryos, which yielded a rat with a mouse pancreas. Once the rats had grown and their organs were mature, the researchers removed critical cells, called islets, from their pancreases and implanted them into diabetic mice.

Once these mice received the pancreatic islet cells from hybrid rats, their bodies began naturally adjusting glucose levels. The mice survived over a year with their new cells, and only required immunosuppressant drugs for five days—these drugs are typically lifelong companions for most organ transplant recipients. The researchers published their work Wednesday in Nature.

The research opens another avenue to replace or restore malfunctioning organs in humans. Current donor rates can’t keep pace with the thousands of patients lingering on wait lists, including those waiting for human pancreatic islets.

While successful organ transplants from primates have been performed, and pigs may be the next animal donors this procedure results in an organ made from our own cells, the animal serves as an incubator. Organs grown from stem cells in a lab are another possible route, but the technology hasn’t yet progressed to the point where scientists can make fully functioning organs in a petri dish.

In 2010, the team that published this latest study grew rat pancreases in mice and attempted to transplant them—a similar process, but reversed. Those organs were too small to be functional, however. A different group of researchers did a similar experiment and used rat cells to treat diabetes in mice in 2013. The fact that mice and rats are located relatively close together on the evolutionary tree may have factored into the success of those experiments, the researchers say. Similar procedures in humans would also require donor species near to us, such as pigs.

Human implementation of this latest method is likely years away; the process needs refinements and there ethical considerations to account for before growing custom human organs in another animal.