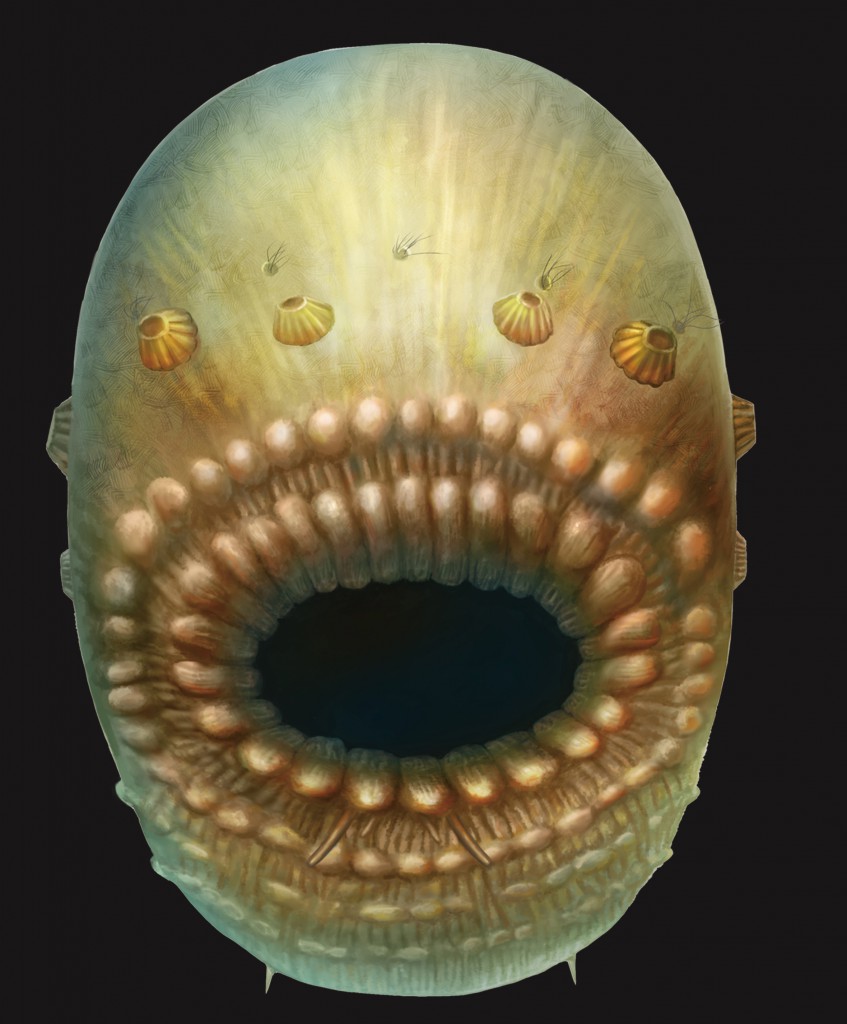 Say hello to my little friend (and our great-granddaddy to the nth), Saccorhytus coronarius. Credit: S Conway Morris/Jian Han.

Who’s your daddy, give or take a few hundred million years? Researchers believe a 540-million-year-old creature unearthed in China is our oldest ancestor, and I can definitely see the family resemblance.

Publishing today in Nature, the study introducing us to Saccorhytus coronarius places the tiny creature in the earliest days of the Cambrian Period, some 540 million years ago. Researchers discovered 45 specimens of the animal in limestone deposits in South-central China.

The team classifies Saccorhytus as a deuterostome, one of the major groups of animals and the branch of the Tree of Life that includes vertebrates. Prior to Sir Sackybag here, the oldest deuterostomes found in the fossil record were around 520-525 million years old, though we can tell from their diversity that the actual lineage was established much earlier, during the Pre-Cambrian.

Some deuterostome lines would evolve into things like starfish and sea cucumbers while others grew a backbone, evolutionarily speaking, and ended up as dinosaurs and fish and primates and such.

If you’re up on your ancient Greek, you may be wondering if deuterostomes (“second mouth”) are supposed to have two mouths. Nope. It means the mouth is the second orifice to develop in the embryo, after the anus. In other words, yes, as deuterostomes we belong to the “assholes first” branch of the Animal Kingdom.

A View to a Gill

But back to Saccorhytus. So far, this is the earliest chronologically, and the most primitive, deuterostome known to science. It was about a millimeter in both length and height and probably hung out on the seabed. Its most striking features are its mouth, which is large for its body size, and structures that look like tiny volcanoes all over its sack-like body. Researchers believe these mini-cones may have flushed out the water Saccorhytus took in as it ate, making them possible precursors to fish gills.

Despite its size (a half-dozen of them could have had a dinner party on a grain of rice), Saccorhytus may well turn out to be massively significant to our understanding of how and when life developed on Earth. It comes from a time for which we have few fossils, and much of what we think we know about this period is based on molecular clock modeling. Grossly oversimplified, that’s a way of deducing the timeframe for a common ancestor by looking at differences between later species and counting backwards using a standard rate of mutation.

Having Saccorhytus may mean that researchers can clean that clock, so to speak, for a more precise model. 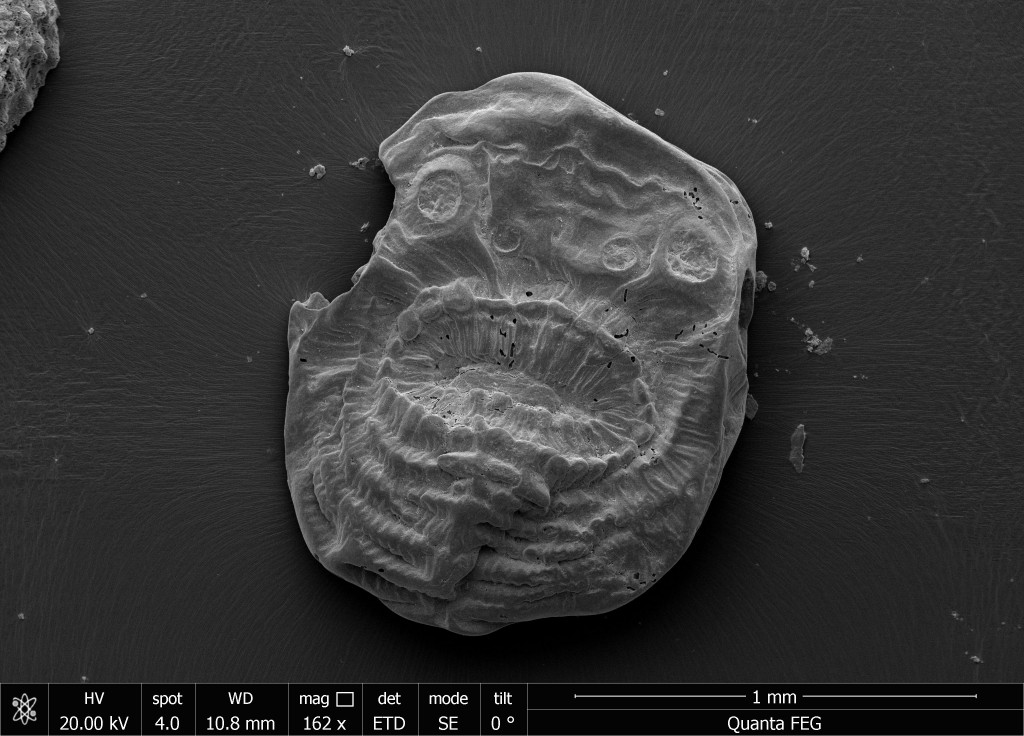 Hey, that’s not a Halloween mask run over by a car, that’s my ancestor! Viewed with an electron microscope, our tiny, distant ancestor Saccorhytus is no looker. Credit: Jian Han, Northwest University, China.

And yes, more than 500 million years of evolution between SacDaddy and modern vertebrates have changed up a lot of observable traits, but I do believe I can see hints of our most ancient heritage even today. 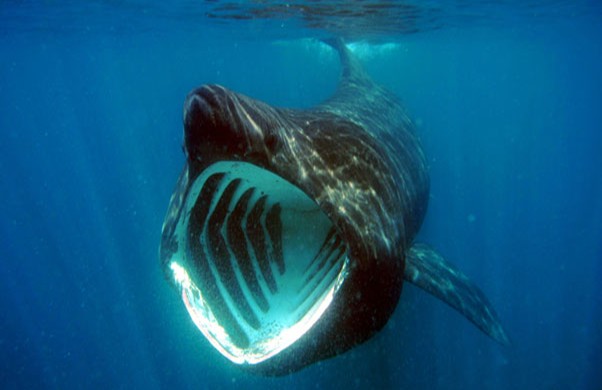 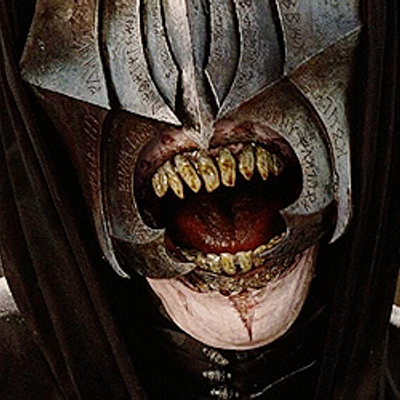 I think it best I not name this one. Credit: Warner Bros.

I’m sure you, dear reader, can think of a few other examples.