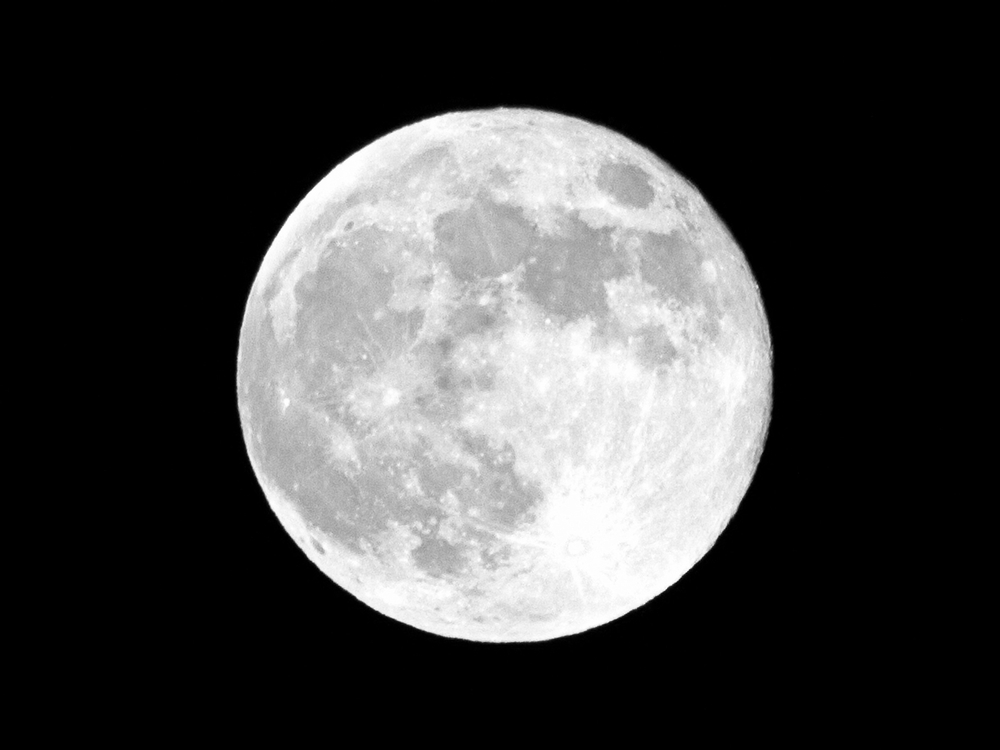 To study the ancient history of the Earth, we should look to the moon.

A new study from Japanese researchers reveals that for the past 2.4 billion years, the moon has been bathed in a stream of oxygen particles stripped from the Earth’s atmosphere. By combining measurements taken with the lunar orbiter Kaguya and studies of lunar rocks, researchers prove that Earth contributes it’s own unique whiff of elements to the moon’s surface. The findings adds substantial proof to the theory that solar winds can carry particles of terrestrial origins all the way to the lunar surface. 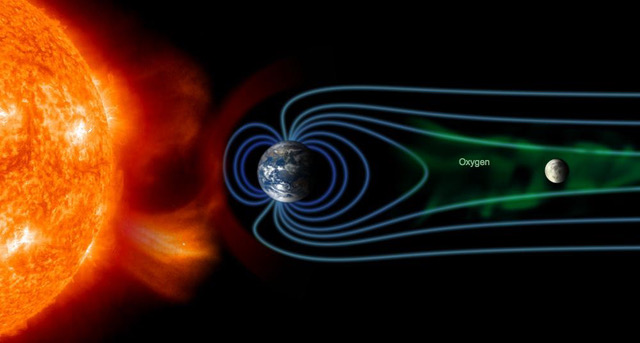 An illustration of Earth’s magnetic field and the plasma sheet created by the solar wind that extends far behind us. (Credit: Osaka Univ./NASA)

The Earth is constantly bombarded by a current of charged particles emanating from the sun, called a solar wind, which is responsible for auroras. Earth’s magnetic field provides a bubble of protection from these charged particles as they are diverted around the planet. When Earth passes between the sun and the moon, the moon is briefly protected from the solar wind. During this time, particles ripped from the upper layers of the Earth’s atmosphere can land on the moon, planted in the topmost layer of lunar soil. Over the course of millions of years, these particles would come to represent a timeline of the planet’s atmosphere that researchers might be able to read.

Previous studies of lunar rocks have found trace amounts of nitrogen, oxygen and noble gases with isotopic compositions that match those found on Earth; however, it wasn’t clear if they came from Earth. To prove solar wind-assisted deposition was responsible, the researchers used instruments aboard Kaguya to identify particles that passed by during that brief window when the moon hides behind Earth, shielded from the solar wind. The oxygen ions passing through at that time looked completely different than the ones that came from the sun, and, because the Earth was right in the way, this indicated that they came from us. They published their findings Monday in Nature Astronomy.

The composition of Earth’s oxygen is unique because it is the result of biological processes that have no known correlates anywhere else in the universe. If the lunar oxygen molecules could have come from nowhere else, we should be able to use them to dig into the moon and peer back through the history of the Earth’s atmosphere—all the way to the time oxygen first appeared some 2.4 billion years ago. This could potentially give us insights into the progress of biological life as it evolved and spread across the planet.

Still to come are further experiments into the composition of lunar soil to tease out exactly which elements come from Earth. Because the moon floats in our protective wake for five days out of every orbit, the contributions from Earth’s atmosphere are likely to be overshadowed by the particles emanating from the sun. If we can successfully differentiate the terrestrial and solar, scientists may be rewarded with a glimpse back into the atmosphere of an Earth very different from the one we inhabit today.