Millions of Tiny Seashells Are Affecting How Clouds Form 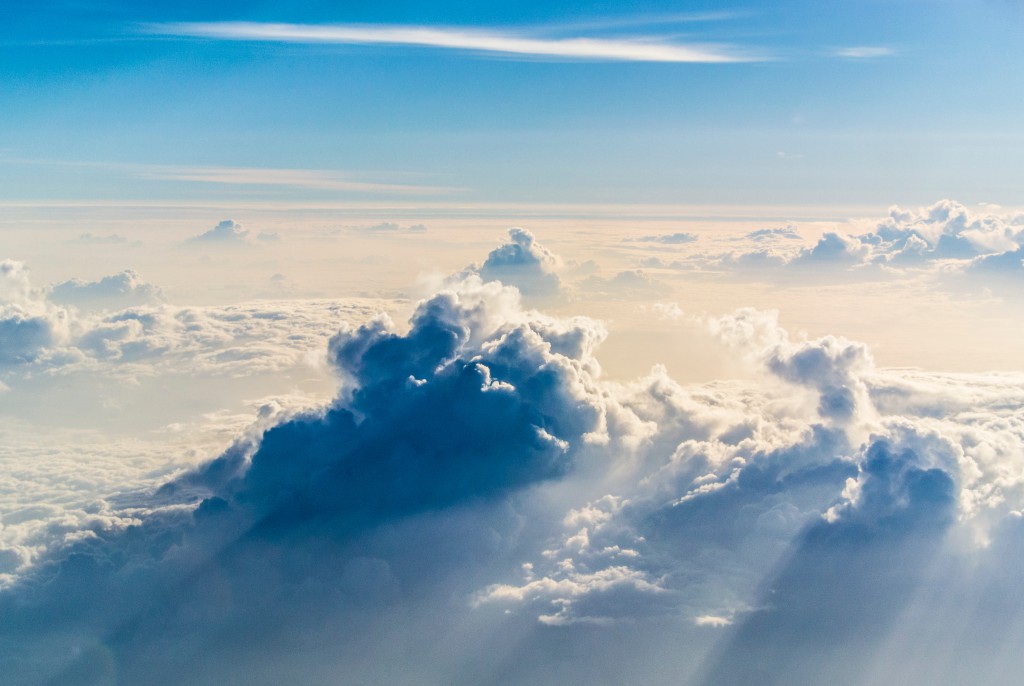 For a cloud to appear, it takes more than water vapor. Water won’t condense into droplets, or nucleate, without a surface to do so on, and this often takes the form of particles floating around the atmosphere so tiny as to be invisible. Called aerosols, these particles play an important role in everything from the pace of climate change to the water cycle because they influence how clouds form and grow.

Natural aerosols come from any number of places: Everything from compounds emitted by plants to geyser steam. One of the biggest sources of aerosols, though, is the ocean. When winds whip the surface into a froth, the bursting bubbles explode into fragments tiny enough to take to the air, where they’re sometimes carried high into the atmosphere. Most of these aerosols were thought to be from sea salt, but new research published Wednesday in the journal iScience is showing that an impressive fraction of the tiny particles flying around the atmosphere are actually seashells.

Well, tiny seashells. They come from a species of phytoplankton called Emiliana huxleyi, a single-celled organism encased in a suit of organic armor composed of overlapping plates of calcite called coccoliths. Though they’re microscopic, they sometimes form massive blooms spanning thousands of square kilometers, big enough that they alter both the temperature and alkalinity of the surrounding seawater. But, as fast as these blooms appear, they die out. The culprit is a virus evolved specifically to infect E. huxleyi, and which runs through the dense blooms like wildfire.

The effect on the microbes is a massive shedding event. They cast their shells, measuring about three microns across, off when infected, and the calcite husks are swept away. A significant number of these coccoliths are cast into the air by the action of wind and waves and become aerosols, riding the air currents far above the ocean. Now, researchers find that the number of these coccoliths far exceeds what they had previously suspected, and during blooms, it can even exceed the mass of sea salt being added to the air. The new data substantially changes our understanding of what contributes to marine aerosols, and, ultimately, how clouds form.

In experiments in the lab, scientists from the Weizmann Institute created a bloom of E. huxleyi and a subsequent viral infection, and then mixed the system up to mimic wave action. They took samples from the air and water, and found that coccoliths, the shells of E. huxleyi, showed up in far greater concentrations than they had expected.

The coccoliths stay up much longer than sea salt as well, thanks to their parachute-like shape and the fact that they’re filled with air pockets. Once in the sky, they act as a platform for the very beginning stages of cloud formation, giving water droplets a place to condense and clump together, eventually forming into billowy white islands aloft in the sky. Clouds play an important role in the water cycle and in agriculture, of course, but they also affect how much sunlight reaches the Earth’s surface and how much radiation leaves it. Some clouds reflect sunlight, while others, like thin cirrus clouds, actually trap more outgoing radiation, acting to heat the Earth up.

In both cases, however, clouds play an important role in how much the Earth warms or cools — something that’s certainly on our minds right now. Knowing that tiny seashells play a role in creating clouds will help us to assess how the cloud cover might change in the future. Future climate change, for example, will likely affect how E. huxleyi grows, and that could in turn affect cloud cover. One 2008 study, for example, found that conditions created by climate change helped the phytoplankton to grow faster, but made forming shells difficult. That’s something that could impact their contributions to aerosols, and, in turn, cloud formation.

In the meantime, though, when you contemplate those puffy sailors of the sky overhead, imagine the millions of tiny seashells that helped them get there.