Author Vishay SinghPosted on May 22, 2017May 22, 2017Categories Discover Magazine 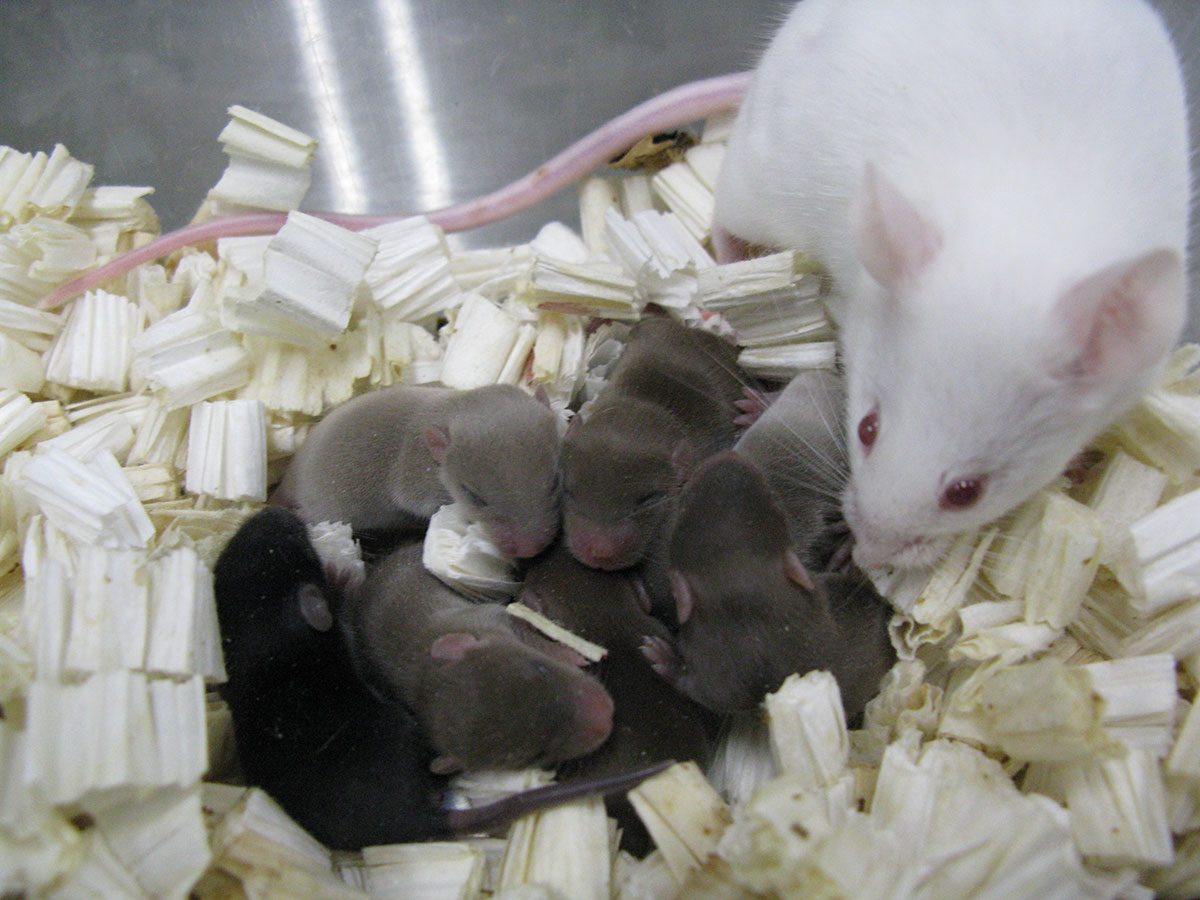 The “space pups” made from freeze-dried sperm flown aboard the ISS. (Credit: Teruhiko Wakayama et al.)

Before they were born, these mice were astronauts. Or, rather, the sperm that would go on to deliver half of their genetic material were.

For nine months, mouse sperm was kept aboard the International Space Station, freeze-dried to preserve it. Brought back to Earth, the sperm was rehydrated, introduced to an egg and allowed to divide for about 20 days. The resulting mouse pups carry the distinction of having traveled perhaps the farthest distance ever on their way to being born.

The experiment, from researchers in Japan, was the latest in an ongoing effort to determine how the effects of space travel will impact the creation of new life. The question isn’t as academic (or snicker-inducing) as it may seem — if humans are ever to make trips to distant planets, the time scales involved will likely necessitate multiple generations of individuals born in space.

Spending time in space carries a unique set of risks, due to factors ranging from the weightless environment to cosmic radiation. It’s not really known how well earthly reproductive systems would manage in space, although a few experiments have probed elements of the question. Both fish and salamander eggs have been fertilized in space, and a group of rats were gestated partially in microgravity to assess the effects. The fish and salamanders seemed to do fine, and the rats weren’t harmed much, although they did have difficulty reorienting themselves with respect to gravity.

This study attacked the problem from another angle, looking at what happens when reproductive material is kept in outer space for extended periods of time. So, for three-quarters of a year, astronauts aboard the ISS lived with tubes of mouse sperm aboard the station.

Not Actually That Bad

It was eventually brought back and injected into mouse egg cells, which were left to develop normally. The pups went on to grow up healthy and have kids of their own, indicating that little damage had occurred. Compared to mice from freeze-dried sperm that stayed on Earth, the researchers say that the space pups showed little signs of mutations or defects.

The paper was published Monday in the Proceedings of the National Academy of Sciences.

The researchers were most interested in the DNA-harming effects of cosmic radiation, which can result in dangerous mutations. While the stellar mouse sperm did turn out to have higher levels of damage, cells at the beginning of gestation have a supercharged ability to make repairs to their DNA. This seems to have made up for all of the damage that the sperm accrued while in space.

This is good news for potential interstellar settlers, for whom space sex will be the reality. This is only a step toward raising stellar babies, however. For starters, the mouse sperm was freeze-dried, which may have affected its resilience. While we can reconstitute mouse sperm and put it into an egg, the same process is not yet feasible for human germ cells. In addition, only half of the chromosomes that made these mice went into space — the eggs remained firmly terrestrial. The effects of actually fertilizing a human egg and gestating a child in space are unknown as well, and probably will be for some time.

That is to say nothing of the physical difficulties of actually “getting it on” in zero gravity. NASA firmly denies any tests of this nature, although the awkwardness is pretty easy to imagine. Thankfully, there’s a suit for that — but everything afterwards is up in the air.