Author Vishay SinghPosted on May 23, 2017May 23, 2017Categories Discover Magazine 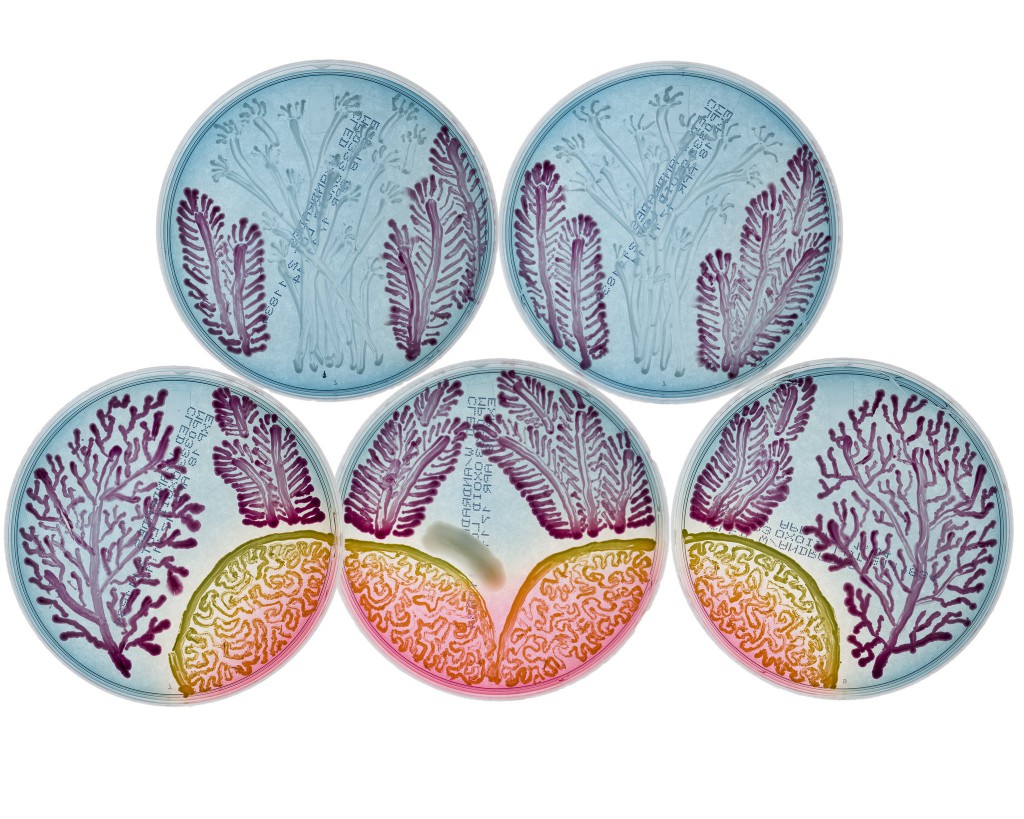 No matter how flamboyant your shower curtain mold is, it couldn’t have competed with the fungus that won this year’s Agar Art contest.

This is the third year the American Society for Microbiology has run the contest, asking for “works that are at their core an organism(s) growing on agar.” The artwork can be any kind of microbe colonizing any size or shape of petri dish. This year’s winner, Jasmine Temple, used yeast to create this image of a sunset over the water: 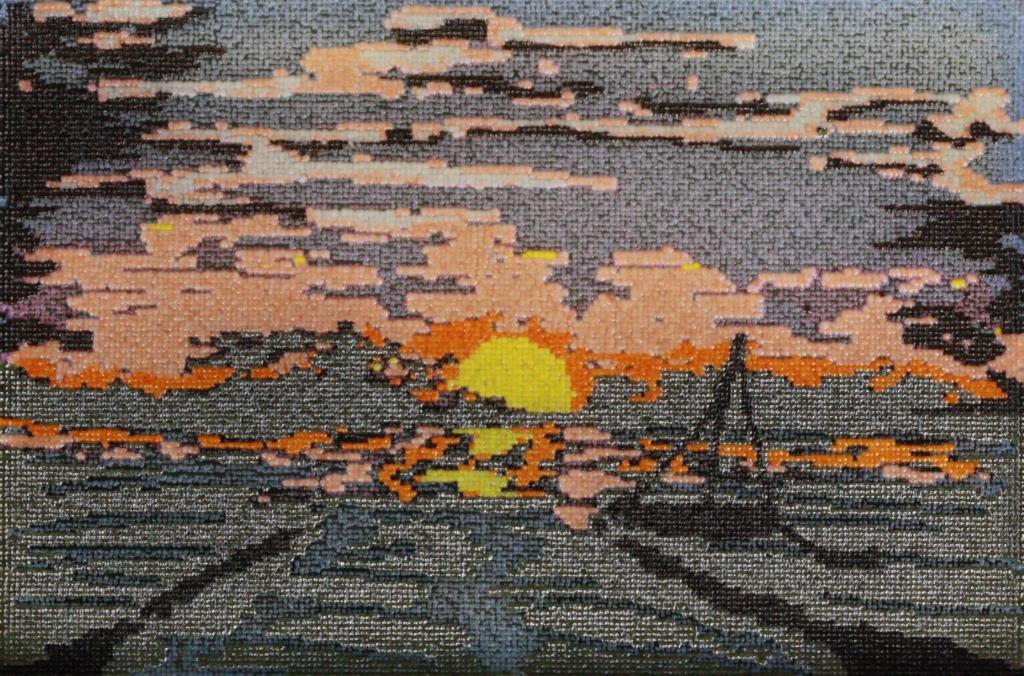 The project had started several years earlier, she says, when postdoc Leslie Mitchell published a paper on some pigment-producing yeast she had engineered. Colonies of yeast that made beta-carotene could appear orange, yellow or light pink depending on genetic tweaks. Other yeast made a pigment called violacein. These colonies could grow black, purple or gray.

“When I entered the lab, I inherited the yeast color palette,” says Temple, who had a background in studio art as well as biology. She created a website for the Yeast Art project and continued adding new pigment colors to yeast. Graduate student Michael Shen works on the project too.

To make a piece of yeast art, the scientists print nanodroplets of the different yeast strains onto a large agar plate, like a pointillist canvas. As the yeast microbes in the droplets grow, the pigments become visible.

The team can now make dark pink yeast too, thanks to red fluorescent protein. These yeast contain a mutated form of a green fluorescent protein gene, borrowed from a jellyfish. There are also blue yeast, which have an anemone gene. The beta-carotene gene that makes the orange, pink and yellow colors started out in another yeast strain, and the gene producing violacein (for black, gray and purple) came from a bacterium.

“We found that it is a great way to get people involved in a yeast lab,” Temple says; groups of students have visited to draw with their yeast pigments. She plans to continue adding to the palette and creating more complicated images. 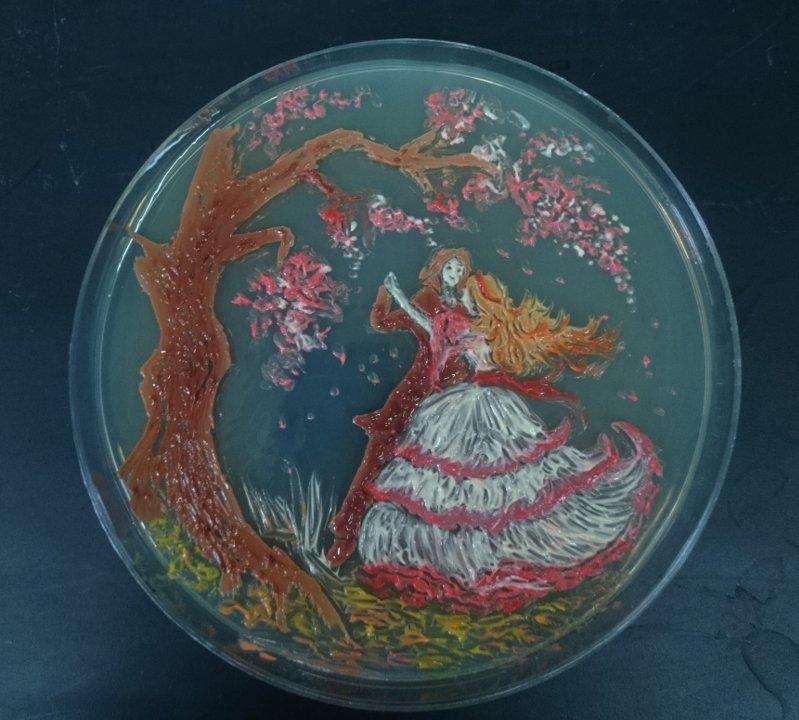 Dancing Microbes, by Ana Tsitsishvili, an undergraduate student at the Agricultural University of Georgia (3rd place)

The second-place contest entry was a coral reef image created with several types of naturally colorful bacteria and yeast. The third-place artwork came from a student in Tbilisi, Georgia.

You can see more of the 265 submissions in the ASM’s three Facebook albums. Other entries include a recreation of Andy Warhol’s Marilyn Monroe portrait, a Donald Trump rendered in three bacterial strains (“It’s the only culture he’ll ever have,” says one commenter), and a 3D-printed agar leaf colonized in nine strains of E. coli to look like stained glass.

Images courtesy of the American Society for Microbiology’s 3rd Annual Agar Art Contest. (The photos will be part of a digital display June 1-5 at ASM Microbe in New Orleans.)