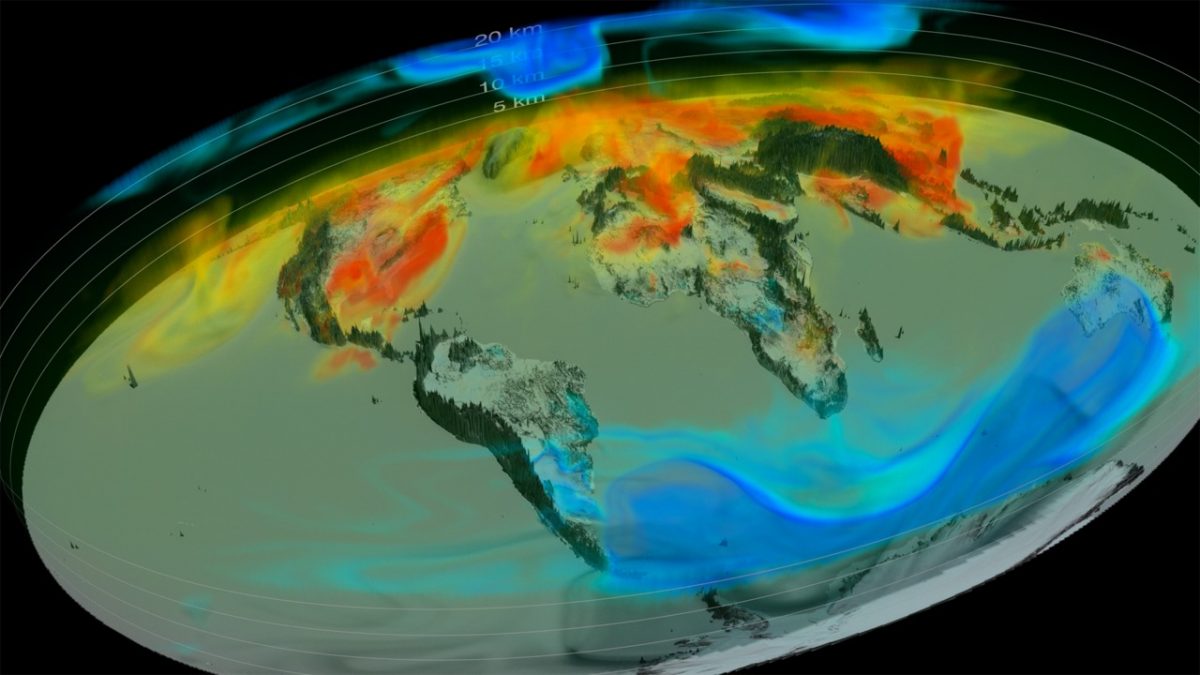 Earth’s been around for 4.5 billion years. And during that time, our star has gotten stronger with age. Yet the planet’s climate has stayed relatively stable.

That apparent contradiction recently prompted an investigation by Gavin Foster of the University of Southampton and his colleagues. The scientists suspected that as the sun’s power increased throughout Earth’s history, greenhouse gases must have declined.

To find out, they combed through more than 100 papers in search of an answer, compiling 1,500 estimates of carbon dioxide levels covering the last 420 million years. Their hunch about Earth’s history was right — greenhouse gases were much higher in the distant geological past — but it’s actually the future that’s most shocking.

Once the team had charted past CO2 levels, they plotted them alongside future predictions from the United Nations’ Intergovernmental Panel on Climate Change.

Their research, published Tuesday in Nature Communications, found that future carbon dioxide levels could eventually surpass anything in the geological record.

CO2 levels could hit a record 410 parts per million (ppm) by next month. That’s already the highest since humans existed. And atmospheric scientist Ralph Keeling, who’s in charge of tracking global CO2 levels at Scripps, recently told me he thinks we can count on hitting at least 450 ppm based on current activity.

But Foster’s study shows that if humanity sticks to business as usual, by next century, Earth will have more carbon dioxide than at any time in the last 50 million years. That’s roughly 700 to 900 ppm. If you visited the planet back then, a time period called the Eocene, you’d find a world with Arctic crocodiles and Alaskan palm trees.

Burn fossil fuels for another couple centuries and we’ll have atmospheric greenhouse gas levels not seen since 420 million years ago. Alarmingly, that’s taking Earth back to conditions that existed before land plants expanded enough to help create a nice, habitable planet for complex life to take hold.

It’s clear that life will have a hard time holding on at all if humanity pushes toward 5,000 ppm — a number that doesn’t factor in the sun’s increased power. Some scientists think we’d hit that level by burning all of the planet’s fossil fuels.

Of course, it’s unlikely that would happen. But this study does show the awesome power humanity now wields over its environment.

“There’s enough (fossil fuels) in the ground to take you to 1,000 ppm or more, but I don’t think that’s going to happen,” former NASA scientist James Hansen told me earlier this year. But even much lower CO2 levels aren’t considered safe.

Eric Betz is an associate editor of Discover. He’s on Twitter: @ericbetz.