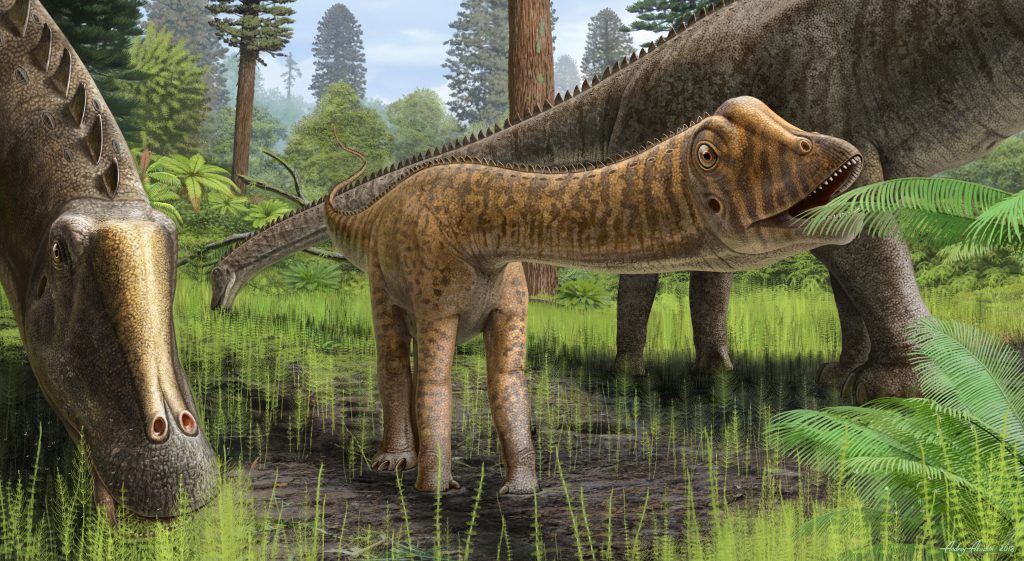 Paleontologists have discovered clues to the evolution of the biggest animals to ever walk on land by studying one of the tiniest members of the group ever found. (Credit: Andrey Atuchin)

(Inside Science) — Sauropods were the largest animals that ever lived on land. These plant-eating dinosaurs could reach 120 feet in length, and yet their heads were small enough that you could hold its skull in your arms. Despite a robust overall fossil record, until now scientists had only about 12 sauropod skulls from which to build an understanding of how these creatures lived.

Then came Andrew the Diplodocus — the sauropod with the smallest skull ever discovered at less than a foot long (24 cm). Andrew’s skull reveals previously unknown aspects of the animal’s immature anatomy, showing that juveniles were not just smaller versions of adults. Physically, the juveniles were more similar to their ancestors than to their own parents, according to a new study in the journal Scientific Reports.

“It’s kind of like having a Swiss Army knife in your mouth for teeth. Andrew and other young Diplodocus could basically selectively feed on really any of the different kinds of plants that they wanted to, which makes sense because these dinosaurs grew insanely fast, and so if you’re going to grow really fast you need to have a lot of energy,” said Cary Woodruff, a graduate student at the Royal Ontario Museum, and director of paleontology at the Great Plains Dinosaur Museum. “These young sauropods were basically taking Popeye’s message to heart — eat all your greens and you’ll grow up big and strong.” 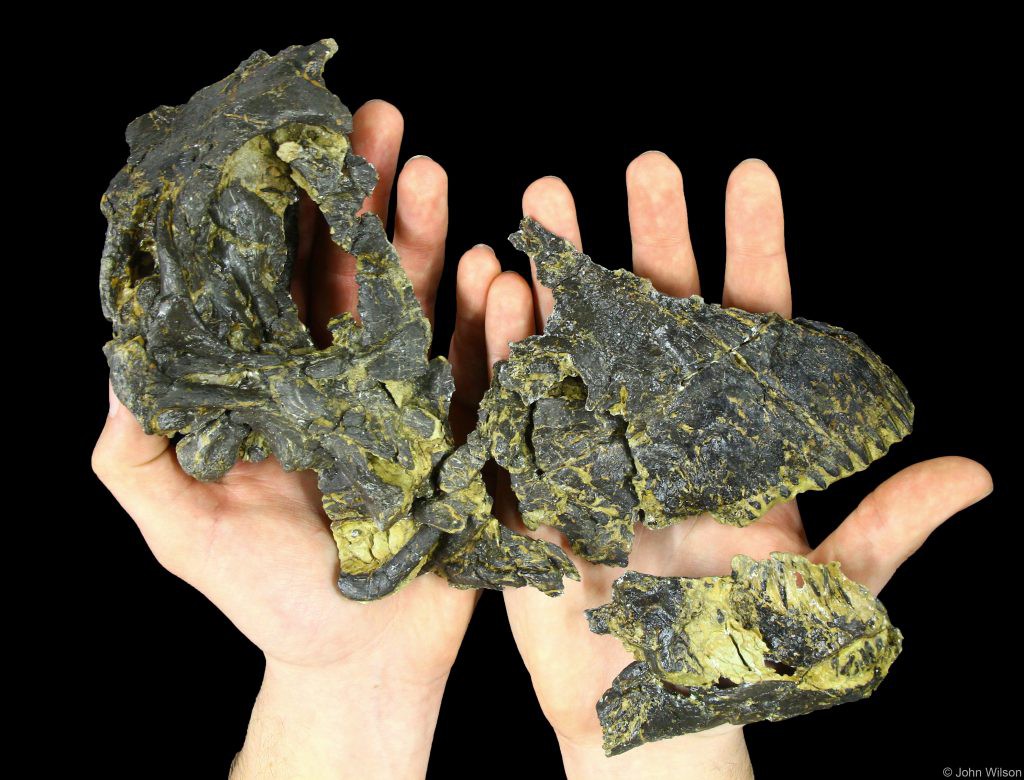 The difference in size and nutritional needs led scientists to suspect that juvenile Diplodocus lived in age-restricted groups in the forests. This may have protected them from predators and from being trampled by their much larger parents.

Woodruff and his team have hypothesized that as the dinosaurs grew, they developed to be more akin to their parents and lost their youthful ancestral characteristics.

This story was originally published on Inside Science.