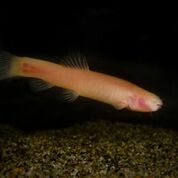 Clues to the earliest days of mammal evolution may lie in the genome of the Somalian blind cavefish, Phreatichthys andruzzii. (Credit: Luca Scapoli/University of Ferrara)

If you’re trying to understand the earliest days of mammal evolution, including how our ancestors lived, the genome of a blind cavefish might not strike you as the most obvious place to hunt for clues. A study out today, however, suggests that’s exactly where you can glimpse our distant — and very dark — past.

Animals that live exclusively in lightless caves often share a suite of traits, called troglomorphisms, which include loss of pigmentation and loss not only of vision but of the eyes entirely. The genomes of cave-dwellers have other, not always obvious mutations and changes in genetic expression — essentially, genes remain unchanged but are turned on or off — showing how the animal adapted to its environment over time.

Researchers discovered that the Somalian blind cavefish, Phreatichthys andruzzii, shares a particular genetic quirk with nearly all mammals (including humans) that led to the loss of a light-dependent DNA repair system.

That’s a big deal, because this particular DNA repair system is what researchers call “highly conserved.” Once it evolved, very early in the history of life, it was a trait that was retained by virtually every living thing, from plants to animals to even bacteria. But not in the Somalian blind cavefish or placental mammals, which include every mammal aside from five monotreme species (most famously the platypus) and a couple hundred marsupials (kangaroos, koalas, wombats, Tasmanian devils and the like). 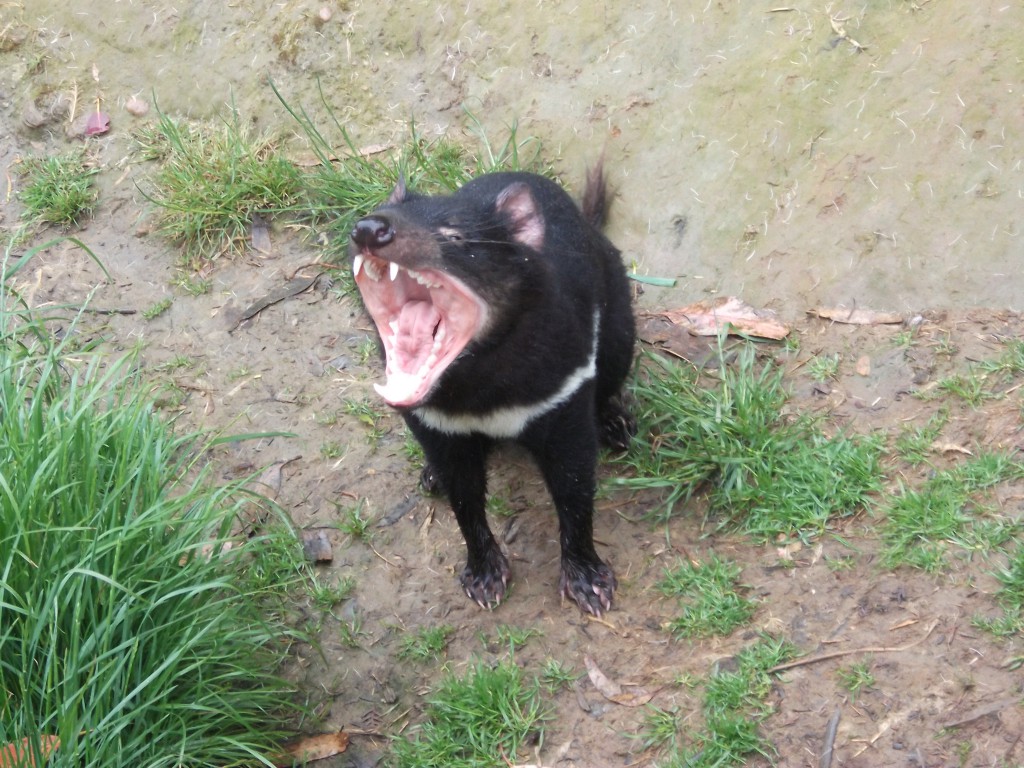 Let’s back this science truck up a bit. If you’re a living thing on Earth exposed to sunlight, whether you’re a microbe or megafauna, you get hit with UV radiation, which can damage your DNA. Sunlight is, in fact, the most common and significant factor that leads to mutations and other errors in the genetic code. To promote DNA stability, organisms have DNA repair systems.

The most common DNA repair kit is called photoreactivation. As the name implies, it depends on light, which activates enzymes called photolyases that then go to town patching up an organism’s genetic blueprint. Photoreactivation is an awesome thing — and it is completely absent in placental mammals (and one little cavefish).

Placental mammals evolved a different DNA repair mechanism that is not as efficient as photoreactivation but more or less gets the job done. It’s long been a puzzle in the study of mammal evolution over why and how this large, diverse group of animals lost photoreactivation, so crucial a trait for most of the rest of life on Earth.

Enter the “nocturnal bottleneck” concept. It was originally proposed decades ago, before genome decoding was a thing, to explain physical and behavioral traits common to mammals, such as certain thermoregulation methods and acute hearing. These traits could be explained, went the theory, if the earliest mammals were generally nocturnal (fun fact: most mammals today still are). 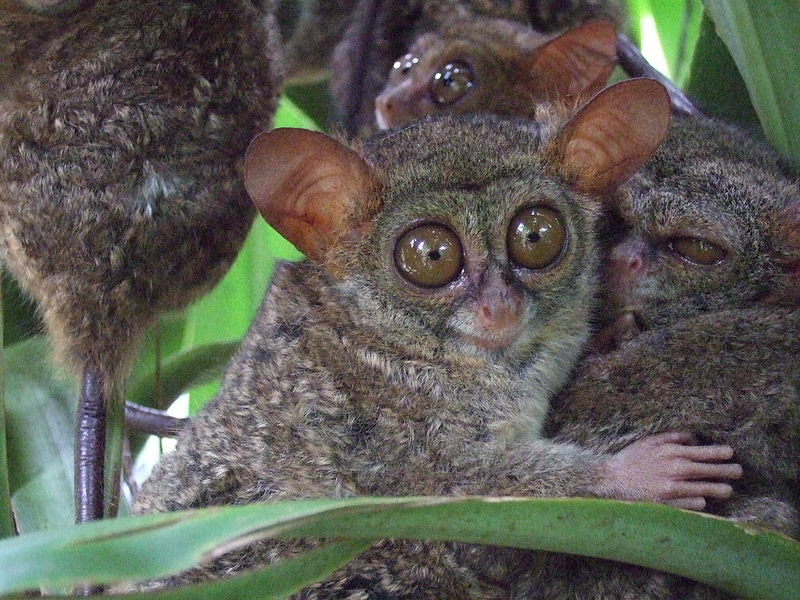 Southeast Asia’s tarsiers retain many early mammalian traits, including acute hearing and a generally nocturnal lifestyle. But mostly I’m including this image because they are adorable, especially the one at right, who is apparently not having a good day. (Credit: Sakurai Midori/Wikimedia Commons)

And when you look at the ebb and flow of dominant animals over millions of years, it makes sense. There is some disagreement (of course there is) over where to draw the line between true mammals and ancestors that were on the evolutionary course to become true mammals, but mammals go back at least 160 million years and possibly much further, 200 million years or more.

Consider what else was around 160 million-200 million years ago: dinosaurs. Not just harmless herbivores, but a lot of swift and bitey predators. The fossil record suggests that the earliest mammals/nearly mammals were small, shrew-like creatures. Burrowing into the ground (another typical mammalian trait) and limiting activity to nighttime would have afforded some protection from hungry dinosaurs.

Once the dinosaurs bit the dust (aside from birds, of course) at the end-Cretaceous mass extinction 65 or so million years ago, mammals were able to diversify and evolve to occupy all those emptied ecological niches, including those involving daytime activity. Bereft of photoreactivation for millions and millions of years, these later mammals evolved a different, less-efficient way to repair DNA damage caused by sunlight (though, full disclosure, it’s not yet known exactly when placental mammals developed their unique DNA repair kit).

What if, however, the earliest placental mammals weren’t just nocturnal? What if they went a step further and, instead of venturing out of their burrows only at night, didn’t venture out at all? What if they stayed safe by staying subterranean?

Let’s hop back to P. andruzzii for a moment. Unlike many other cavefish, which occasionally may be exposed to sunlight or which have been shut off from it for merely thousands of years, researchers believe the Somalian blind cavefish has lived in the absence of sunlight for millions of years — long enough, the authors of today’s study say, to lose the ability to use sunlight to repair DNA damaged by, yes, sunlight (it’s a Circle of Life kinda thing).

It’s possible, say the researchers, that P. andruzzii shares a loss of photoreactivation with placental mammals because the cavefish shares the same lightless lifestyle as the animals at the very dawn of mammal evolution. It’s not a conclusive finding by any means — there’s no evidence, for example, that the earliest placental mammals had the troglomorphisms you’d expect to find in an animal living without light.

It’s a tantalizing clue, however, that suggests maybe our very distant forebears went through not just a nocturnal bottleneck, but a subterranean one.