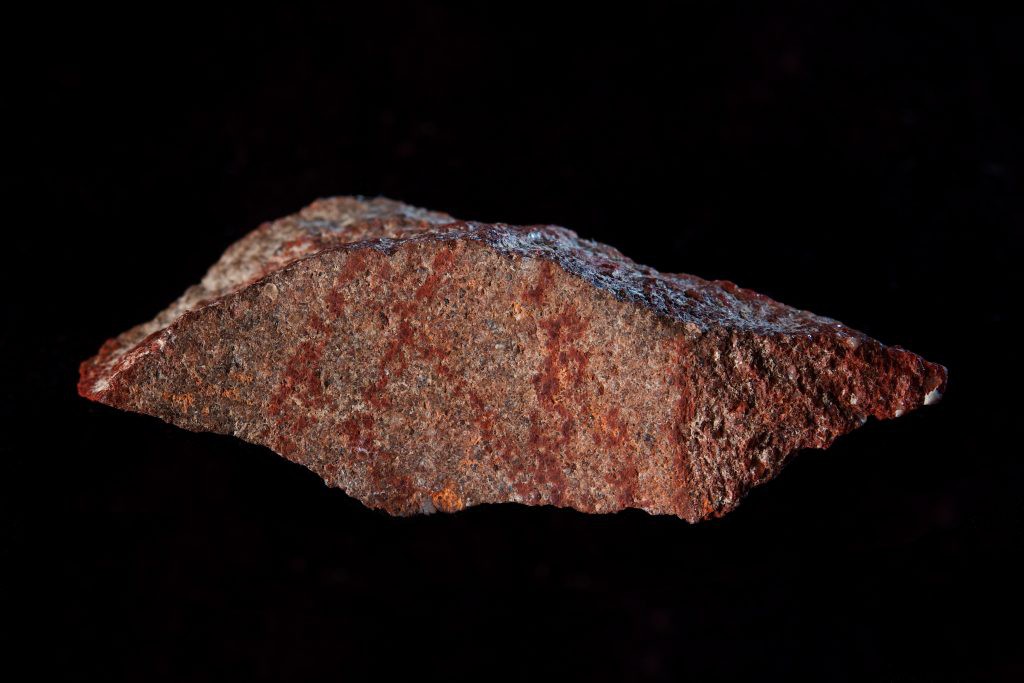 The hashtag is far more ancient than we think.

In a South African cave, inscribed on a flake of rock, nine lines of red ochre inscribe a familiar crosshatched pattern. The find, dated to 73,000 years ago, is the oldest abstract drawing discovered to date, and it was made by ancient Homo sapiens in the area, say researchers writing Wednesday in Nature.

Blombos Cave, on the country’s southern coast about 190 miles from Cape Town, has already yielded a rich collection of Stone Age artifacts including pieces of ochre with engraved patterns carved into them and “tool kits” for drawing with the pigment. The latest find was uncovered in 2011, and recently analyzed by researchers from Europe and South Africa.

It’s a flake split from a larger piece of silcrete — a rock made from soil cemented with silica —  with a drawing surface smoothed by grinding, and the red lines that criss-cross its surface appear to be part of what once was a larger drawing. They were likely drawn with a piece of ochre sharpened to a point for the purpose, what archaeologists call a “crayon.” Though the intent of the original artist is unknown, the researchers call this drawing an example of abstract art, as it serves no functional purpose and does not depict animals or objects from the real world.

Though this is the oldest drawing using ochre yet discovered, the pigment has a rich history: There’s evidence of its use as a glue additive and as a sunscreen, as well as for beautification, something it’s still used for today. It’s made from hematite, a type of iron oxide, and it’s usually red, though yellow ochre is found as well. Troves of ancient human artifacts around the world include finds smeared or drawn over with ochre, as well as pieces of the crumbly substance itself. 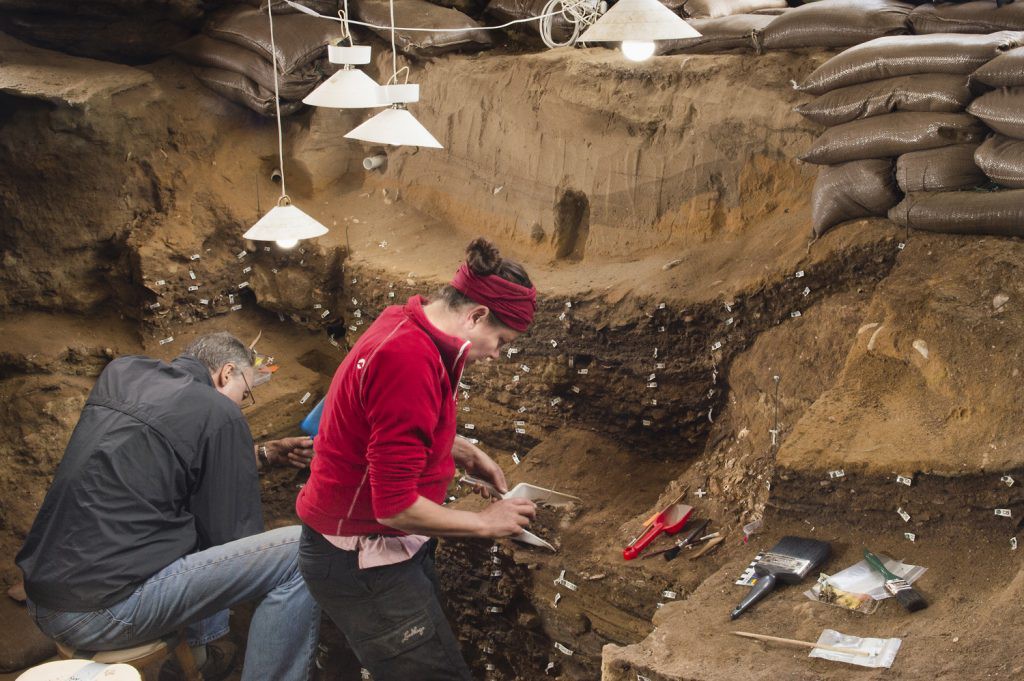 The hashtag pattern itself is by no means uncommon in finds from ancient humans, and the design wasn’t limited to H. sapiens, either. A much larger hashtag etching was found in Gibraltar, dated to around 40,000 years ago. This one was made by Neanderthals, carved into the stone floor of a cave, the lines too deep and purposeful to have been a simple byproduct of some other activity. Though the finds are linked by their choice of pattern, some 30,000 years and thousands of miles separate them — not to mention that they were made by different species. What they might have meant, and if they represented the same things to different groups of humans, is unknown.

Etchings themselves date back even further: Shells, rocks and even human skulls have been found bearing the unmistakeable signs of carving, the oldest dating back half a million years, from a cave in Indonesia. In most cases, researchers have been able to rule out functional explanations for the designs, meaning that they probably represented a form of artistic expression. It’s a sign of advanced cognition, and the finds help us more fully understand the lives of our ancient forebears.

To make sure that the design could really have been created by ancient humans using sticks of ochre, the researchers attempted to recreate the drawing themselves using similar materials. This is what confirmed their suspicion that it was made using an ochre crayon, and it allowed them to test out a few other assumptions. One of the lines is thicker and more continuous than the others, for example, an indication that it was made with multiple strokes of the crayon, where the others were probably single strokes. A few lines were drawn in the opposite direction as the others, perhaps because the stone itself had been turned around.

The find is substantially older than other ancient drawings we’ve found, though the tools to create such artwork have been around for far longer. Pieces of ochre shaped by human hands have been found at multiple sites, including some used by Neanderthals, dating to well over 100,000 years ago, and even as far back as 300,000 years. It’s a sign that the title of “oldest drawing” could be soon bestowed on something even more ancient.