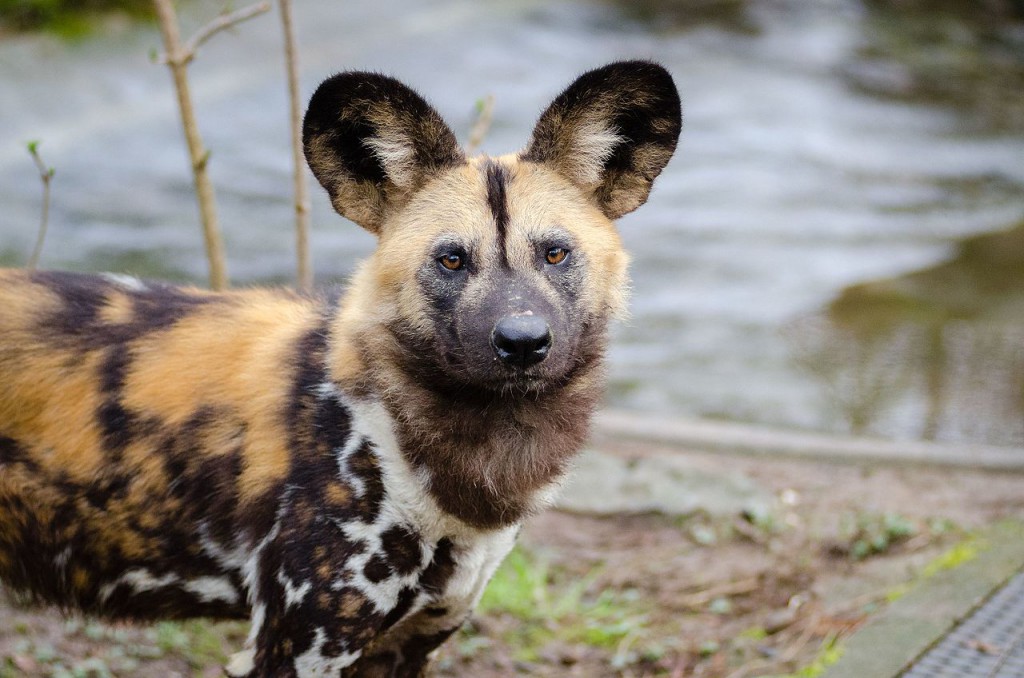 Things aren’t looking good for Africa’s iconic wildlife. Already, many species are threatened by human activities and habitat loss. Even species once thought to be resilient, like giraffes, are suddenly struggling. Just earlier this week, scientists reported that aardvarks, one of sub-saharan Africa’s most successful and adorable insect-eaters and essential ecosystem engineers—face severe declines and even extinction as rising temperatures and declining rainfall dry out the continent. Now, a new paper in the Journal of Animal Ecology adds African wild dogs to the growing list of species that may be eradicated by our changing climate.

African wild dogs (Lycaon pictus) are already endangered, largely due to habitat loss, direct conflict with humans, and infectious disease. Also called ‘painted’ dogs for their stunning, multi-colored coats, these distant relatives of our beloved pets live in packs of 10 to more than 40 animals that work together to hunt down prey species like gazelle and impala. In fact, what is known about their biology and ecology suggests that they should be rather impervious to the kinds of changes expected to occur as our planet warms. Other than their relatively low numbers, African wild dogs don’t exhibit traits often associated with susceptibility to climate change; they exist in diverse habitats, inhabit more than a million square kilometers over a broad geographic range, and aren’t particularly picky eaters. And with their ability to pump out pups quickly, they’re readily able to return to areas where they once roamed, so long as we don’t interfere (unfortunately, we often do).

So when scientists from the Zoological Society of London in conjunction with the University of Johannesburg and Botswana Predator Conservation Trust explored the associations between weather and the wild dogs’ reproductive success, it was somewhat surprising that the animals were sensitive to climate change. The team used data gathered by long term monitoring sites in Botswana, Kenya, and Zimbabwe to examine correlations between weather patterns like ambient temperature and rainfall with the dogs’ hunting activities and successful pup production. They found that hot weather led to a reduction in hunting as well as fewer pups being born and surviving each year. 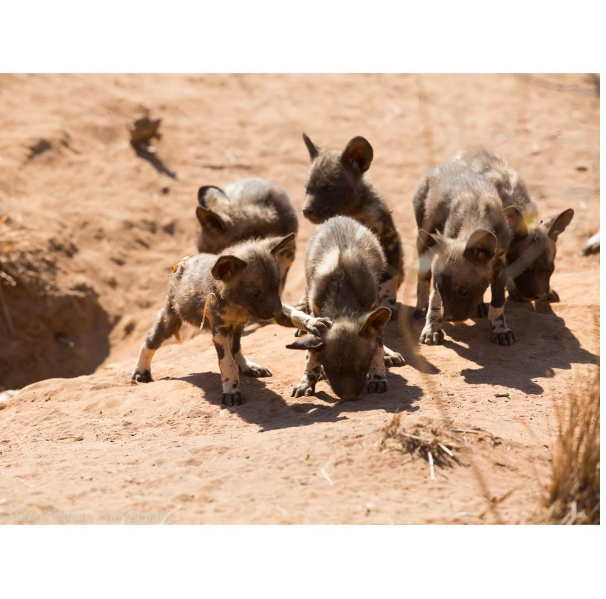 The scientists were not able to conclusively demonstrate whether the reduction in hunting is to blame for the reduction in reproductive success, though it seems intuitive that less food means less to go around, especially to pups, potentially leading to starvation. Dogs with dwindling energy reserves may also hunt when they otherwise wouldn’t, leaving their young vulnerable to predators, and hungry animals may become desperate and take greater risks for their meals, increasing their own chances of mortality. Or, higher temperatures might have more direct impacts on the animals unrelated to their hunting success. Higher temperatures have been shown to reduce milk output and quality in other species.

Sadly, there doesn’t seem much reason for hope that these beautiful creatures will find a way to adapt to rising temperatures. There aren’t really any cooler areas at higher latitudes or altitudes for them to flee to, as our species already booted them out of such habitats. They aren’t able to switch over to hunting during dark, cooler hours because they need to see to coordinate their attacks, making moonlight a constraining factor. And they already have their pupping season during the coolest part of the year, so they can’t change their reproductive timing to avoid hotter weather.

There’s simply no nice way to say it: the future for these beloved animals is looking pretty bleak unless our species can band together to address and mitigate climate change. And more and more, scientists are showing that other species face similar fates as temperatures rise, weather patterns change, and our seas become more acidic. It’s on us now to decide just how much the rest of the species on this planet matter—and what we’re willing to do to save them.