A Safer Way to Milk a Scorpion 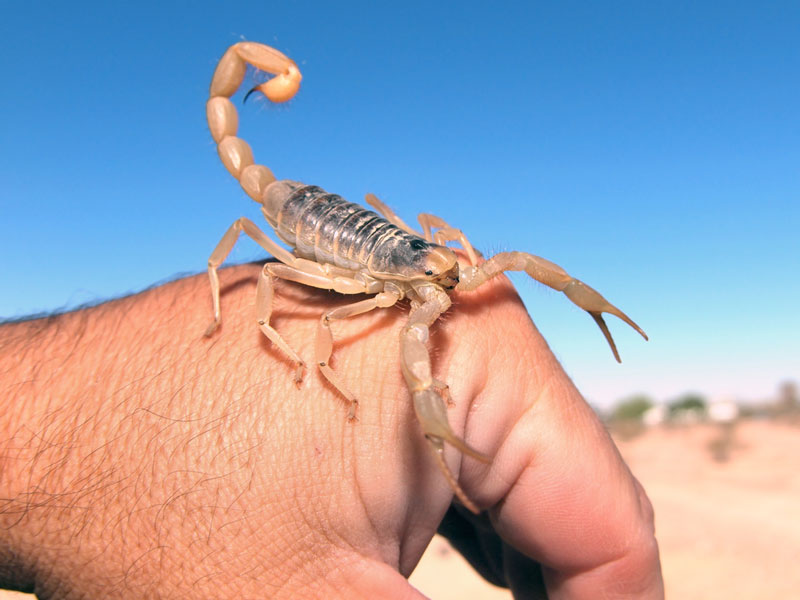 As a kid, Mouad Mkamel played with pet snakes, vipers and scorpions. As a Ph.D. student at University King Hassan II of Casablanca, Mkamel is now breeding scorpions and milking their venom using a robot he designed.

At $7,000 to $8,000 per gram, scorpion venom is one of the most expensive liquids in the world. Mkamel believes scorpion venom has the potential to “create a new generation of medicine,” estimating that there are about five million unstudied compounds in venoms that may be useful for drug development. Mkamel says the “cocktail of bioactive compounds” in venoms may be useful to fight cancer, malaria, depression or to develop new painkillers.

For his study, Mkamel bred 1,300 scorpions of four species: A. mauritanicus, B. Occitanus, H. Franzwerneri, and S. Maurus. Then, he designed a system with different modes that optimize venom extraction for each species.

Supply, says Mkamel, is often a limiting factor in venom research. Even if a scientist manages to capture the specific species of scorpion whose venom they’re interested in studying, conventional extraction methods are tedious and dangerous — the tiniest amount of scorpion venom can cause intense pain, neurological damage or even death. 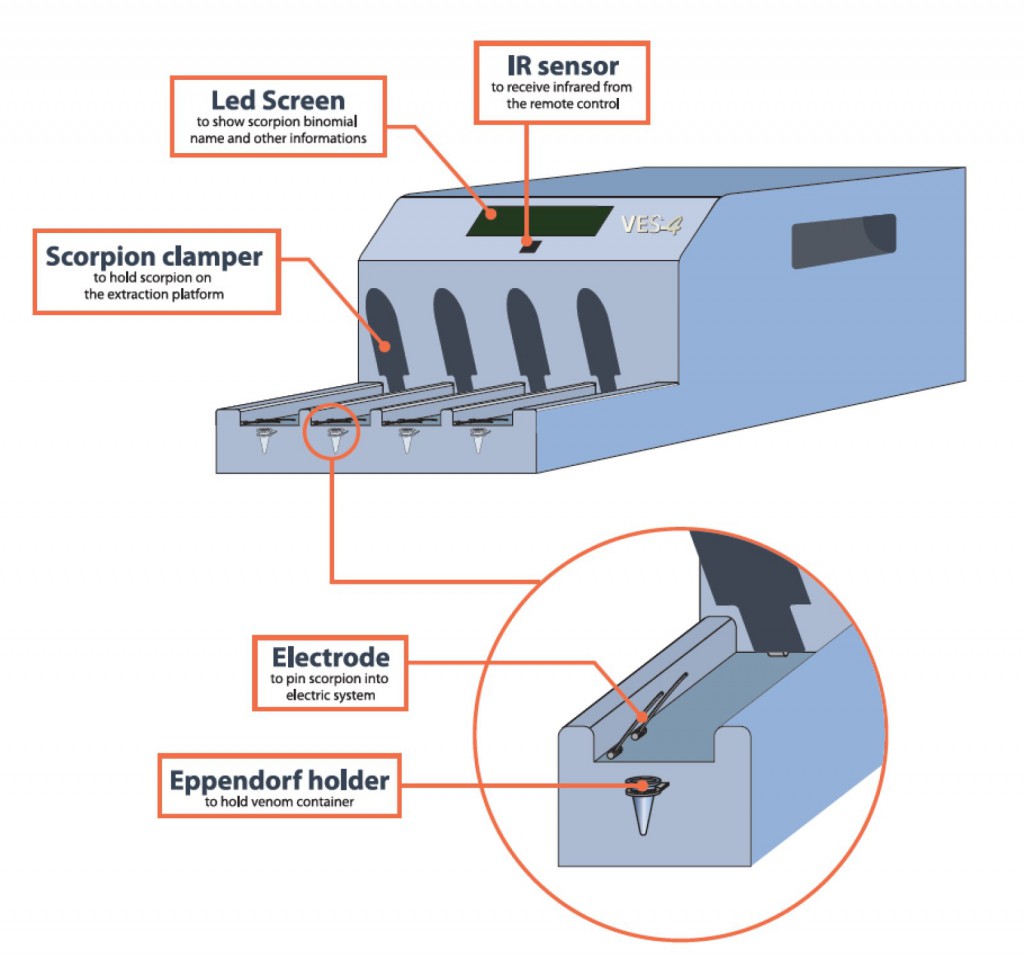 During extraction, voltage is applied across the scorpion’s body, and the agitated arachnid releases a few drops of venom, which conventionally would be collected by hand. His system increases safety (for both scientist and scorpion), speed and usability by performing the electric stimulation and venom collection all on board the robot, which is compact enough to be used in the field and laboratory.

Mkamel says that while caring for so many scorpions was a hard task, as a biologist his greatest challenge was learning the electronics and programming necessary to complete the project.

When it comes to creating anti-venoms, the project is personal: Anti-venoms don’t exist for the scorpions that live in Mkamel’s home country, Morocco. He would like to help fill this gap.

“Each country has special venom…so each country must produce anti-venom. The problem is the government doesn’t want to produce it for the moment, for unknown reasons,” Mkamel says.

Mkamel’s scorpion-milking robot is simply a prototype, and he plans to make new versions of the device with sensors and other upgrades that will make the device easier to use. He thinks he could start looking at viper venom soon, if only he could find some help. Most of the Ph.D. students, he says, are too afraid to work with his scorpions.