A Rare Genetic Mutation Reveals Secrets of the Common Cold 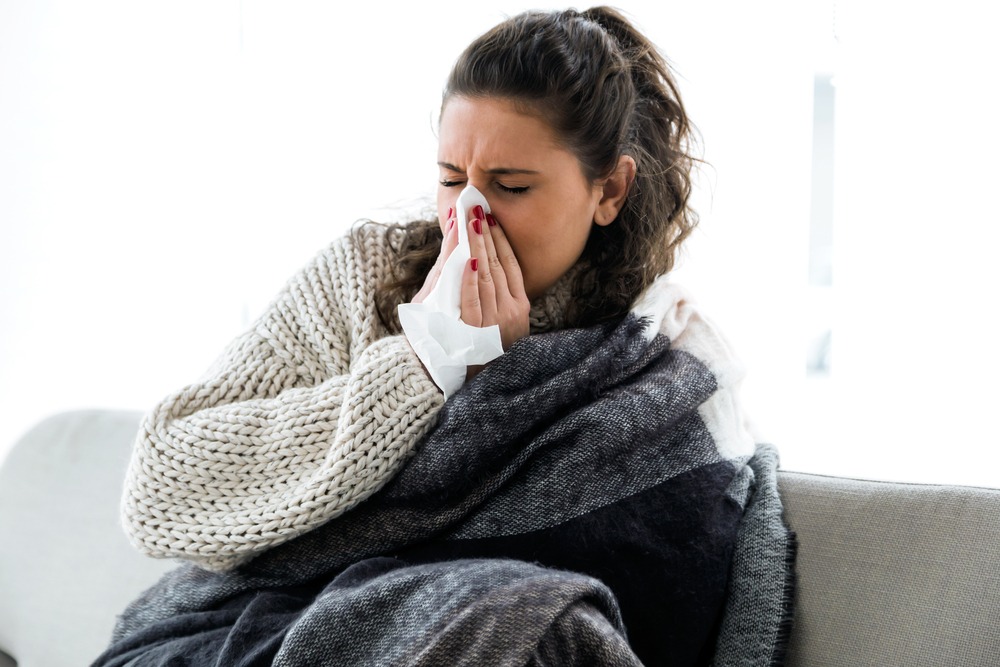 A rare mutation that nearly killed a young girl has revealed insights into the common cold.

Researchers from the National Institute of Allergy and Infectious Diseases conducted a genetic analysis of a child who had been laid low by repeated bouts of rhinovirus (the virus that causes colds) and influenza infections severe enough to place her on life support. By combing through her genome, they found a single mutation that they say obstructed her body’s natural disease-fighting pathway. The finding not only helped to solve a medical mystery, it could also give us new assets in the fight against common viral infections.

When a virus enters our cells and begins churning out copies of itself, the cells normally react by releasing signaling proteins called interferons. This cellular distress signal alerts other cells in the vicinity to be on guard against the virus, and is a crucial step in our bodies’ ability to fight disease. This particular patient, however, had a mutation that prevented her cells from recognizing and responding to rhinovirus, allowing it to proliferate throughout her body unchecked.

Her health eventually improved somewhat as her immune system grew stronger, although at five years of age, she is still at risk.

Researchers were already aware that the misbehaving protein — called MDA5 — was involved with signaling the immune system when a virus began to spread, but their findings help to pin down an explicit link to rhinovirus infections. It gives us more insight into how the common cold is contracted and spreads through the body, which is helpful, given that we still don’t have an effective means of preventing the virus. Although colds aren’t normally seen as a serious disease, they can be deadly for individuals with asthma, COPD and other lung diseases, as well as the elderly.

Rare Mutations a Boon to Us All

While the research here, published Monday in the Journal of Experimental Medicine, was confined to a single person with a rare mutation, the benefits could extend much further. Up until they encountered an individual with this mutation, the researchers were unaware of the role MDA5 proteins play in helping to protect us against colds, a discovery that could guide treatments in the future. The concept is similar to how researchers working with so-called “knockout mice” — with specific genes disabled — uncover the secrets of our genomes. Sometimes, it’s only by seeing what goes wrong when a gene is missing that we can figure out what it does. Cases such as this highlight the value of rare occurrences in medicine, according to study lead author Helen Su.

“It’s not just because we’re trying to treat the rare people, but because they give us an insight that would not be easily obtained by studying lots of normal people,” she says. “They can actually be very instructive.”

Though this is the only confirmed MDA5 mutation of this nature, more likely exist, Su says. She and her colleagues also combed through a database of 60,000 genomes looking for similar mutations in the IFIH1 gene that codes for the protein. They found several variations that they say could lead to impaired immune functions, although none seemed to materialize in these individuals, indicating that multiple factors are likely at play.

As for the rest of us, don’t worry, the mutation is rare, and if you’re reading this you’re almost certainly fine. Su emphasizes that colds aren’t a problem for healthy individuals, and only become a problem when other issues arise.

In some rare cases, however, all it takes is a single genetic variation for a common illness to take a deadly turn.