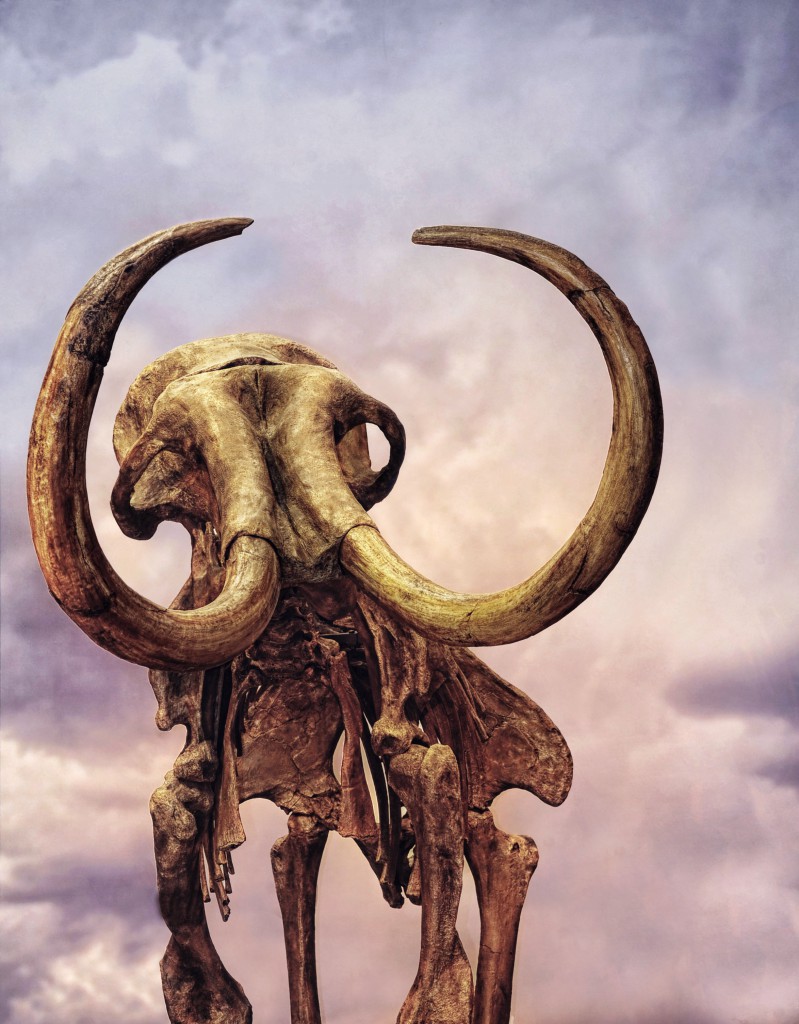 There’s nothing but bones left of this mighty woolly mammoth, now on display at the Milwaukee Public Museum. Credit: Ernie Mastroianni.

The extinct woolly mammoth lives on today as a regal symbol of the last ice age, a poster child for de-extinctionists and an occasional guest on HBO’s Game of Thrones. But new research reveals that when it made its last stand on a remote island, the species was a mess.

Mammuthus primigenius had disappeared from most of Eurasia and North America by about 10,000 years ago, just after the last ice age. The reason for the woolly mammoth’s mainland demise is still debated, but hunting by our species, sea level rise and a warmer, drier climate have all been implicated.

The woolly mammoth did hang on, however, in isolated island populations for thousands of years longer, none more impressively than on Wrangel Island, north of Siberia in the Arctic Ocean. There the mighty herbivores stuck around until just 3,700 years ago. 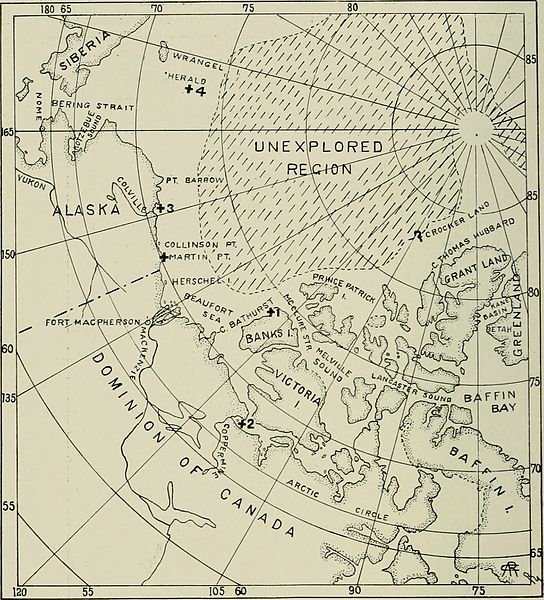 A map published in the American Museum Journal in 1915 shows Wrangel Island at upper left. The numbered points correspond to the last voyage of the Karluk, a Canadian Arctic Expedition vessel that famously sank after being crushed by ice in 1914 (point 4): survivors sought refuge on Wrangel. Credit: Flickr Commons.

Researchers compared the genome of a Wrangel mammoth that lived about 4,300 years ago with a Siberian mainland mammoth more than ten times as old: 45,000 years, a time when the woolly mammoth was a dime a dozen. The results show what happens to an isolated population when its numbers decline, and it ain’t pretty.

The genome of the Wrangel mammoth, which lived in a population of about 300 animals, had numerous mutations compared with its distant mainland cousin. Accumulating mutations over time is not in itself an issue — it’s the way of evolution, man — but it does create problems when the mutations have a negative impact on gene expression and function. And that’s what happened with the Wrangel animals.

According to the research, published today in PLOS Genetics, the pile-up of deleterious mutations left the Wrangel mammoth without a significant number of olfactory receptors, reducing its ability to pick up scents. The Wrangel woollies also lost a number of urinary proteins. In related species, such as the Indian elephant, these proteins are part of the language of social interaction and mate selection.

It also appears that mutations to genes controlling fur texture led to a satiny coat. Because typically stiff mammoth hairs evolved to offer some protection from the harsh Arctic elements, the satin stylings of the Wrangel herd may have made it harder for the animals to survive.

The accumulation of these and other mutations led to what the researchers describe as a “genomic meltdown.” The new evidence supports what are known as nearly neutral theories of genome evolution, which hold that harmful mutations can accumulate in small populations. Essentially: inbreeding bad. It might sound obvious, but this woolly mammoth study represents a rare chance for researchers to make direct comparisons between genomes from markedly different population sizes within a species.

I know some readers will scoff that this tells us nothing new. But thanks to the study, scientists have a better idea of how genomes change (and deteriorate) in small populations. This is important both for conservationists trying to save species with dwindling numbers and for de-extinction advocates who want to bring back departed flora and fauna — including the woolly mammoth.

Wrangel Island is not the only spot where the woolly mammoth persisted long after extinction elsewhere, by the way. A small population survived on St. Paul Island, in the Bering Sea, for millennia after mammoths on the North American mainland gave up the ghost. A 2016 multidisciplinary study found the last of the St. Paul mammoth essentially died of thirst as freshwater resources dwindled due to sea level rise and a drier climate about 5,600 years ago.

Mammoths are on the march — to their doom! — in this famous mural from the American Museum of Natural History in New York. Credit: Charles R. Knight/AMNH.