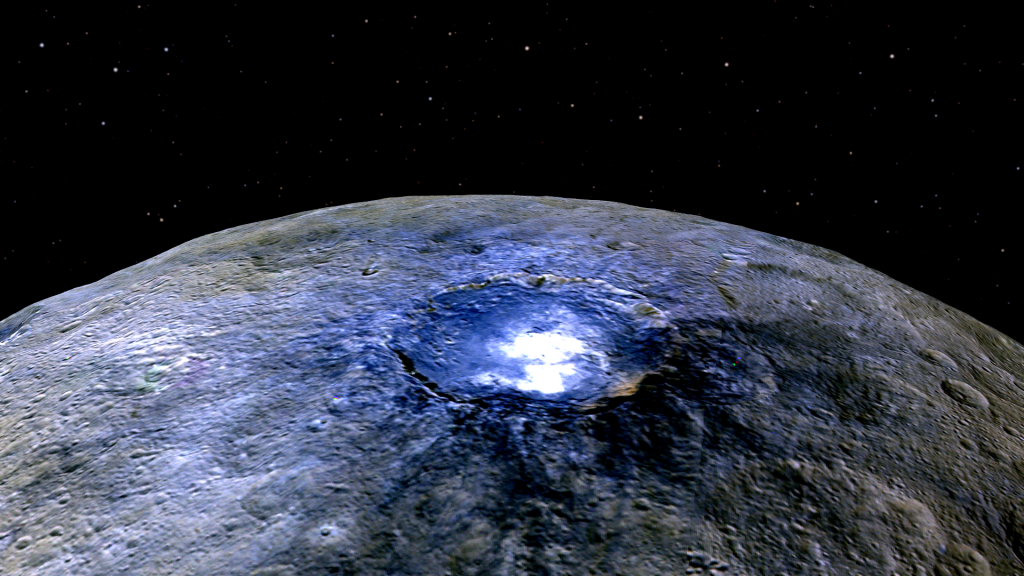 Nothing is normal on Ceres — least of all its mud volcanoes.

In new research published in Nature Astronomy, a large team of astronomers has laid out a new view of the weirdest world in our solar system. It seems that Ceres has had a busy last few billion years — including random smatterings of volcanism, but of a type seen nowhere else in the solar system.

Ceres is the largest world in the asteroid belt, and is believed to be a remnant proto-planet, or the kind of small worlds that served as the building blocks of the planets we see today. There’s abundant evidence that Ceres may have once had an ocean that’s since frozen over, and the tantalizing clues to a geologically active history.

Ceres even appears to have a form of volcanism. There are two types of volcanism in the solar system, typically: the kinds of magma eruptions seen on Earth and Jupiter’s moon Io, where heated rock wells up from the core to the surface. And then there’s the kind of volcanism seen on Europa and Enceladus, where large plumes of frozen water erupt. Scientists call this cryovolcanism.

Hanna Sizemore, a Planetary Science Institute research scientist and author on the paper, says Ceres’ volcanoes are a weird mix of the two. “The big difference on Ceres is that you’re in this hybrid between the inner rocky solar system and the icy outer solar system,” she says. That means that while water may be a driving mechanism for the volcanoes, the actual material could include rock, salt, and heated material from the interior of Ceres, which is both a rocky and an icy world at once. When those volcanoes explode, “It would probably look superficially like lava extrusion on the earth, but it would be mud oozing out of cracks or fissures on the surface,” Sizemore says.

Sizemore says a new cryovolcano appears on Ceres roughly once every 50 million years, as indicated by data from the Dawn spacecraft, which has orbited Ceres for around three years. The craft has seen a series of “domes” dotting the world that have similar proportions to mountains, but are made of ices that have since settled after their volcanically active period ended, leveling them out a little. 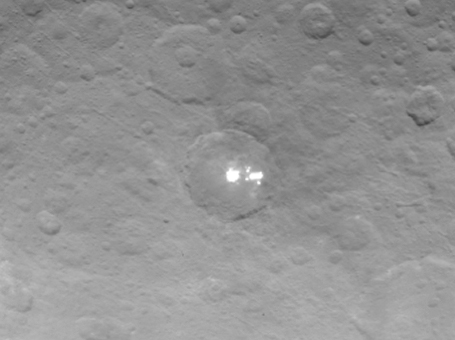 And those famous bright spots on Ceres could also be some of the more recent areas of cryovolcanism. The brightness is caused by large deposits of salts, which would be expected to come up from down below. We may have also “narrowly” (geologically wise) missed seeing an eruption, by anywhere from “hundreds to millions” of years, according to Sizemore.

So what’s causing it? Sizemore says one of the team’s suspicions is that an impact long ago drove deep into the mantle of Ceres. This could be a contact point between the surface and warmer materials near the core, which could still be geologically active today. “To some extent, we don’t fully understand the mechanisms to maintain heat in these icy bodies,” she says, pointing out other icy worlds that should be dead but which instead seem quite active, like Pluto.

In fact, there are a lot of unknowns about the whole thing—but this new study at least gets the conversation started.

“Our main question is where is the heat coming from that can mobilize these materials,” Sizemore says. “Frankly we don’t know the answer to that. It’s a field that’s opening up. This idea of cryovolcanism has been viewed skeptically over time.” But now, it’s a booming field of research. Yet even as we understand cryovolcanism on other worlds, it’s unlikely anything else we find will quite be like Ceres.