Sex appeals in advertising have a long history, but for good reason? (Credit: Wikimedia Commons)

Chiseled abs and bikinis can sell just about anything, right? According to the minds behind those Carl’s Jr. ads—and countless others—you’d think that’d be true.

This idea that “sex sells” has hung around for more than a century, and by this point it’s almost accepted as a doctrine. And those are exactly the types of claims researchers love putting to the test.

John Wirtz, an advertising professor at the University of Illinois, conducted a meta-analysis of 78 peer-reviewed studies that examined the efficacy of sex appeals in ads. The results: participants weren’t any more likely to remember a brand name or purchase a product, and, in fact, they were more likely to view the brand negatively.

“We found literally zero effect on participants’ intention to buy products in ads with a sexual appeal,” Wirtz said. “This assumption that sex sells – well, no, according to our study, it doesn’t. There’s no indication that there’s a positive effect.”

Wirtz, who recently published his analysis in the International Journal of Advertising, isn’t the first to arrive at this conclusion. In 2015, researchers from Ohio State University performed a similar meta-analysis of 53 studies that asked participants if they would be interested in purchasing a product after viewing a sexual or violent ad. Once again, sex didn’t move the needle (violence didn’t either). The researchers hypothesized that people are so inundated with sex, they’ve simply grown desensitized to it. 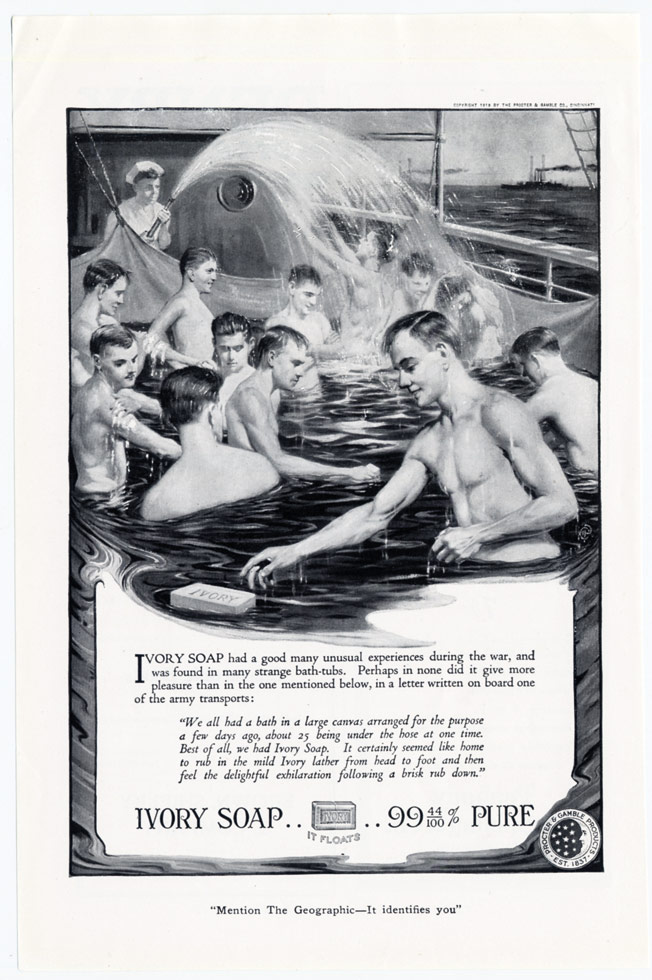 Linking sex to consumption has a long history in advertising, dating all the way back to 1871 when Pearl Tobacco released an ad that depicted a nude woman floating above stormy seas. Pearl is largely credited with being the first company to take their advertisements in this direction. Or take the language in an Ivory Soap ad from the early 1900s (the poster depicts a gang of sailors bathing together it what looks like a tarp):

“We all had a bath…about 25 being under the hose at one time…It certainly seemed like home to rub in the mild Ivory lather from head to foot and then feel the delightful exhilaration following a brisk rub down”. 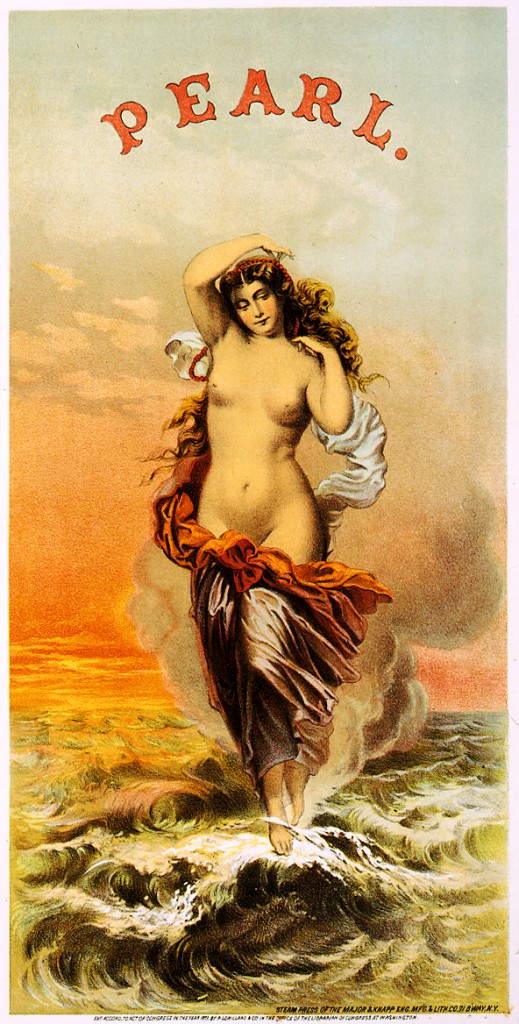 Pearl shocked the world with this ad in 1871. (Credit: Wikimedia Commons)

Some theories hold that sexual content in ads conjures fantasies in the viewer’s head that they then associate with the product. Or perhaps humans are hard-wired to notice sexual images, so they easily attract our attention—exactly what an advertisement is meant to accomplish. A 2015 study published in Nature found that male nematodes prioritize sex over food, and appeared to have an extra set of brain cells devoted to getting it on. To be clear, these special cells, dubbed “mystery cells of the male,” were only present in worms and not humans. Given this caveat, researchers said their results could “give us perspective” about variations in sex when talking about humans.

Another popular explanation for the appeal of sex in ads is that it activates the “lizard-brain,” or the most primitive parts of the brain that are responsible for our base survival instincts like fear, sex and aggression. The “lizard brain”—we’re using air quotes—idea traces back to the 1960s and Paul MacLean’s “Triune Brain” theory. MacClean oversimplified processes in the brain and many of his assertions crumble under deeper scientific scrutiny. But scientists have found that the amygdala, an almond-sized part of the brain, plays a key role in sexual arousal and is activated when viewing provocative images.

But even if sexual ads activate parts of the brain, the evidence seems to indicate that’s not enough to compel us to reach for our wallets. Indeed, Carl’s Jr. ditched its racy ads this year and shifted their focus back to the old-fashioned approach of making charbroiled meat, cheese and toasty buns sexy on its own, without Paris Hilton and Kate Upton.