Scientists Are Figuring Out How to Farm on Mars 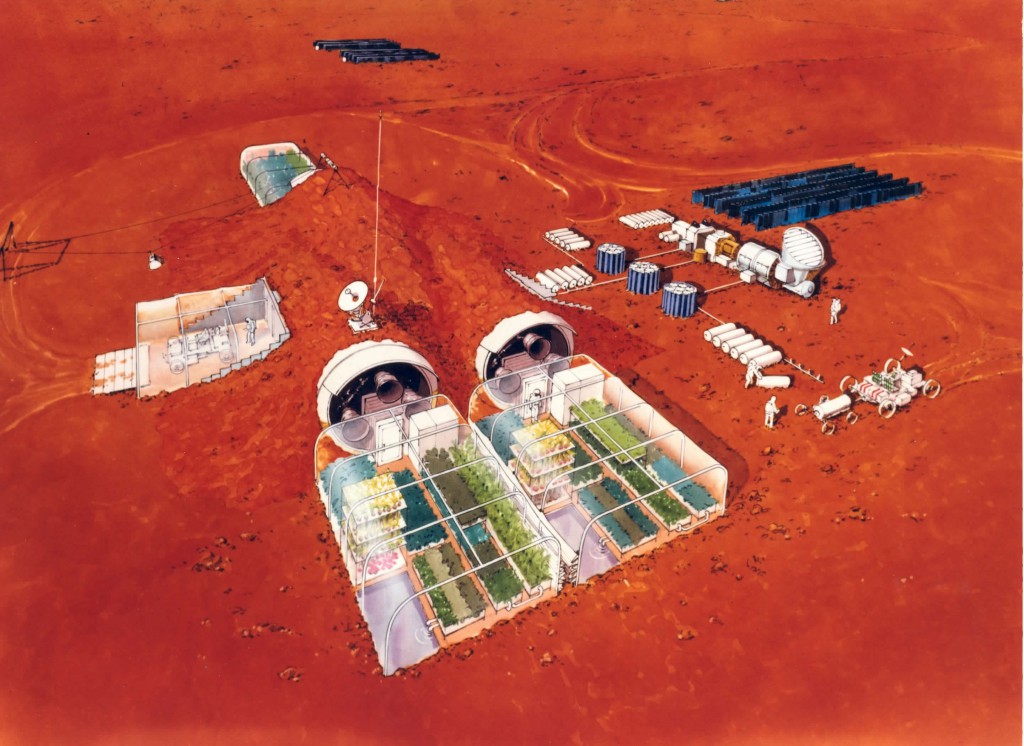 Greenhouses and food production will be an important component of any future martian settlement. Credit: NASA/CASE FOR MARS

A visit to Mars is almost guaranteed within the next decade or so, with everyone from NASA to warring tech billionaires setting their sights on the Red Planet. And long-term occupation may not be much farther behind.

But before we do, there are many obstacles to overcome, some highly technical. But one of them is a challenge humans have been tackling almost since our ancestors came down out of the trees: learning to farm in new places. And while we’ve never traveled so far from home before, there’s reason to be optimistic about our skills off-world.

Mars isn’t so dissimilar from Earth. From a cosmic perspective, they’re nearly twins. They have rocky surfaces, and they’re close-ish in size, composition, and gravity – about as good as we can get in this solar system. (Titan is probably a closer match, but it’s a lot farther away, which introduces its own problems.) Mars even has some water.

But Mars is frigid. The planet is much colder, on average, than even Earth’s polar regions. And it’s pretty lacking in anything resembling an atmosphere. Humans will need shelter though, and their own air, so let’s posit for now that we can provide those things for some leafy friends as well. What do they need that we don’t?

Dirt Is the Answer 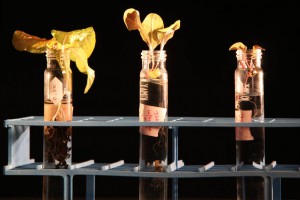 Soil, of course. And Mars has none. Soil is more than just very fine rock, though rocks do contain many of the minerals plants need. Proper soil also contains organic matter – dead matter and living microbes. They’re not just in the soil; they are the soil. So are water and air. Without all these materials, you just have rocks. And that’s what Mars has right now, though we call it regolith.

But humans have been learning to farm in hostile environments since we began to grow our own food. We can make inhospitable ground welcoming to crops. We add animal waste, or our own. We make home gardens flourish with last year’s leaves. We use complex chemical fertilizers manufactured in labs. Your hippie co-worker dumps her coffee grounds and apple cores into the office’s potted plant. We understand how to make soil plants can love.

Of course, the underlying minerals matter as well. Mars has some rather nasty chemicals in its regolith, like perchlorates, that Earth farmers try very hard to keep out of their soil. The good news is that these can be rinsed out of the soil using just water. So once you wash your Mars dirt and add some compost, what can you grow? There are a few teams working on exactly that question.

We’ve never brought any material back from Mars, but we do have an excellent understanding of what it’s like, thanks to the tiny squad of robot scientists that have explored the Red Planet and analyzed the regolith they scooped up or shot with lasers. Based on this information, a few different labs have done their best to generate some faux martian regolith. You can buy it yourself, for less than $10 a pound. 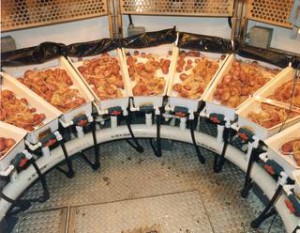 Back in 1992, NASA was already experimenting with how to grow potatoes in space. Credit: NASA

At the Florida Institute of Technology, a group of researchers and students have been trying out their martian farming skills. They tried planting crops in Earth soil (for a control), mock martian regolith, and the same regolith with added fertilizer. They started with lettuce, and soon added tomatoes, peas, and peppers.

At Villanova University, students tried most of the same crops, plus herbs like garlic, mint, and basil, because colonial food doesn’t have to be tasteless. They also tried growing hops. You can insert your own joke about college student priorities here, but the first brewery on Mars is going to make a killing, so they’re probably onto something. They grew their crops in the greenhouse’s dim corners, to simulate Mars’ more limited sunlight. Other groups have experimented with artificial lighting.

The research had some hiccups. Hurricane Matthew interrupted the Florida team’s experiment. College students forgot to water their crops. But Mars will not be without its own distractions, and it turns out most of them did just fine anyway. The lettuce even grew in untreated regolith. The others needed fertilizer, but otherwise performed admirably.

It’s not just about nutrients, either. The Villanova group found that the regolith’s clay-like consistency was too dense for many plants (including potatoes – sorry, Mark Watney) to sprout in. But by adding material from coffee grounds to shredded cardboard, researchers were able to fluff up the regolith, making it easier for plants to punch through to the surface.

Of course, fertilizer and shredded cardboard don’t occur naturally on Mars. And if you have to spend the money to import them from Earth, you may as well just import food. So researchers are working on how to best use worms, small-batch bacteria, and the waste products martian colonists will have handy (Poop. I mean poop) to generate their own high-quality fertilizer.

There are still many challenges to overcome – Mars’ low gravity, to mention just one glaring example. But there’s definitely hope that future martian settlers will be able to shell peas, peel potatoes and maybe even brew beer with crops grown on their very own martian farms.