Persistent, Deadly Heat at the Equator Could Be the Norm by 2100 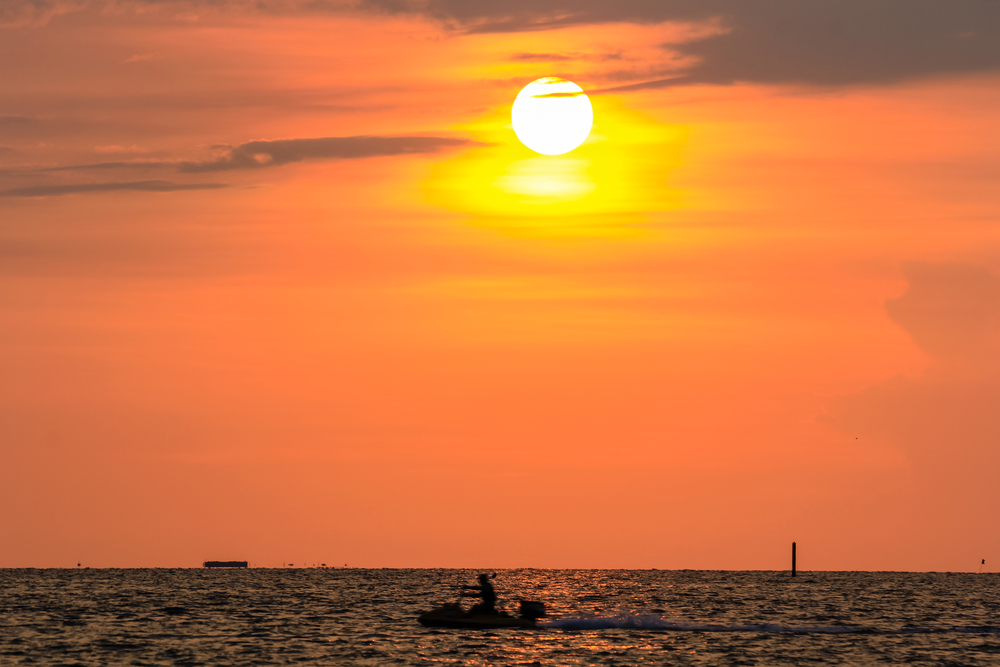 Tuesday in Phoenix, Arizona, the temperature kept some planes grounded.

Phoenix was projected to reach of 120 degrees Fahrenheit, a near-record for the desert city, and hot enough that small planes cannot generate enough lift to fly. Phoenix and other cities have experienced similar conditions before, but only rarely—for now. The grounded passengers got to sit inside an air-conditioned terminal, at least. But in other parts of the world where temperatures are set to soar regularly above 100 degrees this summer, prolonged heat waves are likely to result in more deadly consequences.

Right now, roughly one-third of the world’s population experiences more than 20 days of deadly heat a year. That number is estimated to rise to at least 50 percent by 2100, and if carbon emissions continue unabated, dangerous heat waves could strike as much as three-fourths of the world’s population. That’s the sobering analysis outlined in a new study from University of Hawaii researchers, published in Nature Climate Change.

The researchers looked at heat waves from 1980 to 2014 and identified a threshold past which they say conditions of heat and humidity can kill. Pairing their findings with climate predictions for the next 80 or so years, they say that heat-related deaths will become more commonplace.

A week of abnormally high temperatures in July of 1995 killed an estimated 700 people in Chicago, while more recent events have been even more deadly. The 2003 European heat wave killed an estimated 20,000 people across the continent, although the number could be as high as 70,000. In 2010, scorching heat in Russia killed some 10,000 people, many from air pollution caused by wildfires. Hundreds more smaller heat waves around the world have caused fatalities in the past three decades. The young and the elderly are the most at risk when temperatures rise, as well as those in less developed nations without access to air conditioning and medical care.

It’s Not The Heat…

Another important factor is the humidity. When the air is saturated with water, our sweat doesn’t dry as quickly, robbing our bodies of their primary means of heat dissipation. When humidity nears 100 percent, temperatures below 100 degrees can be deadly. Factoring this into their analysis, the researchers estimate that many areas around the equator could see near-constant deadly temperatures by 2100 — rendering them effectively uninhabitable.

Though we can’t change how our bodies react to the heat (at least not on timescales this short), there are ways for society to adapt. Factoring rising temperatures into city planning could help cut down on urban heat islands — cities like Phoenix, Los Angeles and Washington D.C. are already beginning to focus on planting more greenery and using heat-reflective building materials. Stretching as far back as 1998, the EPA has encouraged cities to mitigate temperature increases by adopting more sustainable building practices. Five cities around the country participated in their Urban Heat Island Project, and though the results were positive, it may not have been enough to cope with continued rising temperatures.

Better forecasting and warning systems are another way to cope, giving residents and hospitals more time to prepare. These amount to treating the symptoms, not the illness, however. If we want to truly cool our cities off, we must cool the entire planet.