In a First, Astronomers Find a Blazar That Cycles Every Two Years 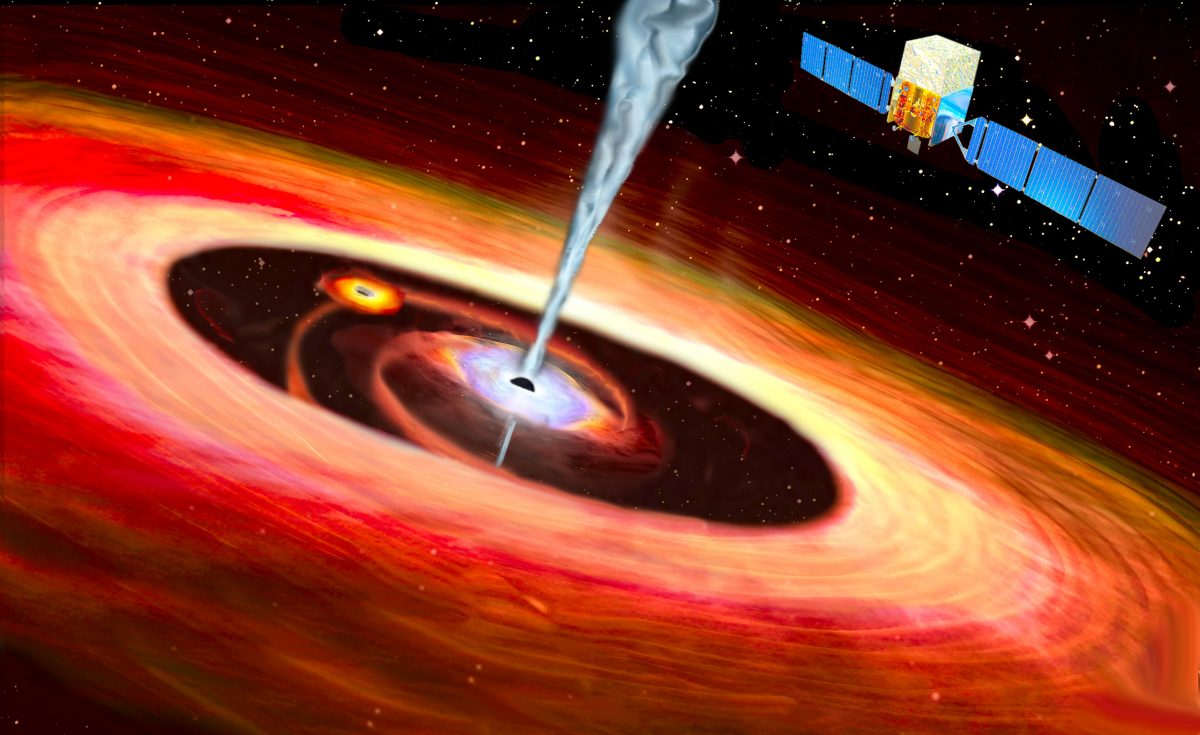 A visualization of the blazar being observed while emitting gamma rays. (Credit: Stefano Ciprini)

After 10 years of observations, scientists have confirmed a two-year cycle in the gamma-ray brightness of a blazar, or a galaxy with supermassive black holes that consume mass and produce high-energy jets as a result. Blazars are the most energetic and luminous objects that we have identified so far in the known universe.

“This is the first time that a gamma-ray period has been confirmed in an active galaxy,” Stefano Ciprini, a researcher at the INFN Tor Vergata division of the Italian Space Agency’s Space Science Data Center in Rome, said in a press statement. Gamma rays are some of the most energetic electromagnetic emissions, and powerful objects like blazars produce them in large quantities.

Finding that the emissions increase and decrease in a predictable cycle, though, hints to researchers that there might be more than one supermassive black hole at the center of this galaxy.

The confirmation, the first of its kind, could help to support new investigations and provide new insight into what really happens close to supermassive black holes.

An animation of emissions from the blazar showing how they vary predictably. (Credit: NASA)

One of the most exciting things about this work and this blazar, named PG 1553+113, is that scientists think that the ggalaxy may have a pair of supermassive black holes in its center, instead of just one. This could explain the cyclical nature of the blazar, the researchers say. One black hole would be emitting a jet of gamma rays and other material, and the other might be interfering with the stream as it orbits, causing the jet to wobble.

In 2015, this research team found hints of this gamma-ray cycle inPG 1553+113. They suspected that this distant blazar might be producing the first observed years-long gamma-ray emission cycle. And, after a few more years of observations, the team has confirmed these previous inklings.

“This result has been achieved after 10 years of continuous monitoring by Fermi’s Large Area Telescope (LAT),” Sara Cutini, a researcher at the Italian Institute for Nuclear Physics (INFN) in Perugia, said in the statement.

A paper detailing this analysis and conclusions is in the works and the findings were announced yesterday (Oct. 17) at the Eighth International Fermi Symposium meeting in Baltimore.