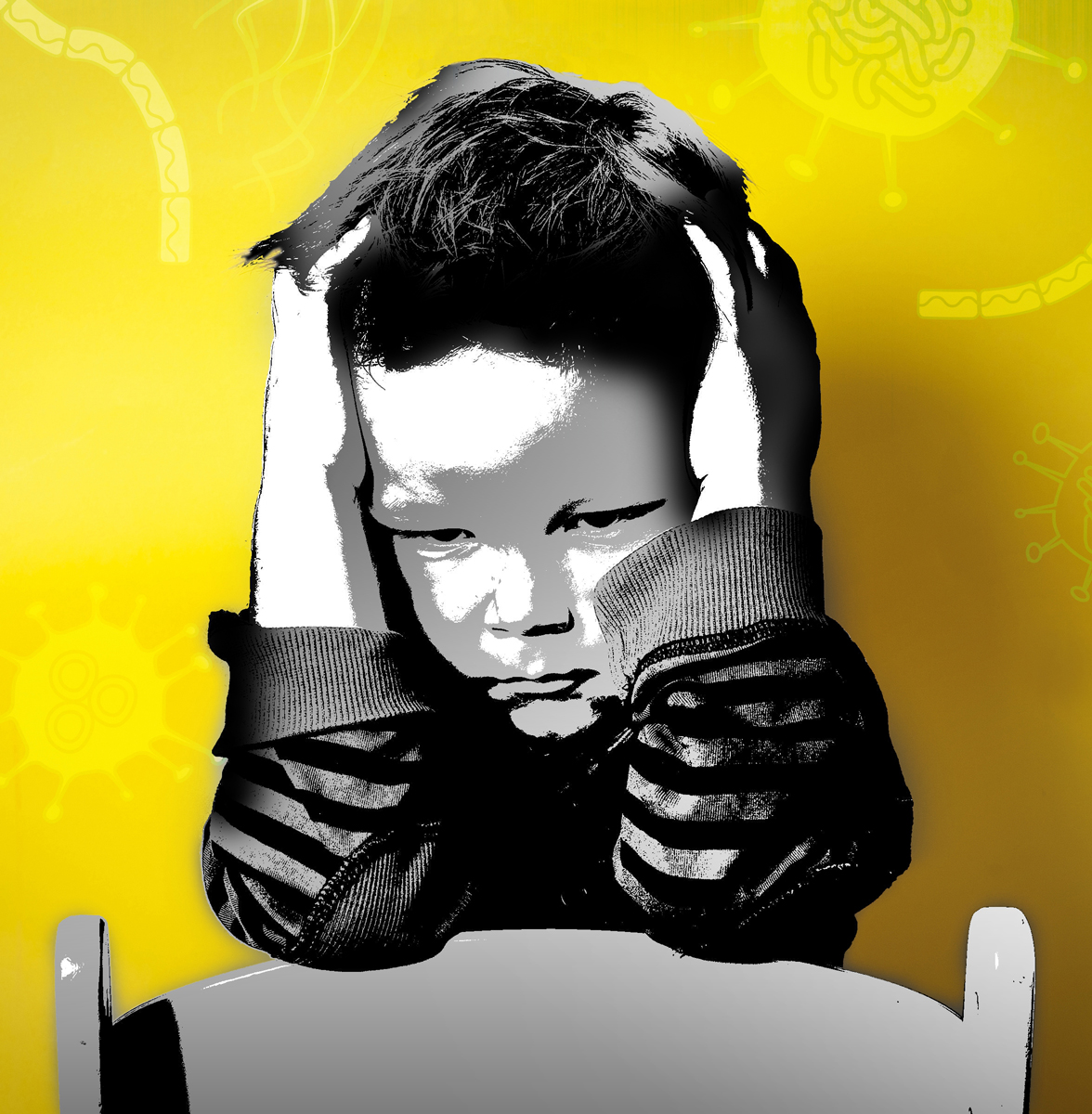 Tracing each illness back to the start of symptoms, Frankovich has managed to find clusters: groups of children from the same school or neighborhood who had all come down with the condition in the same month; individuals with a true, physical connection, like the family of three brothers Swedo had studied years before. In the course of her investigation, a host of alternate infections have emerged: not just strep, but bacterial mycoplasma, influenza, sinusitis, pneumonia and others.

By 2015, Frankovich and her team had led the effort to create treatment guidelines for PANS patients. Though many young people in the Stanford PANS clinic had OCD, their psychiatric illnesses went well beyond that: 40 percent had suicidal thoughts; 19 percent had homicidal thoughts; and nearly two-thirds were at risk of committing violent acts. Some 26 percent had psychosis. This wide assortment of symptoms has Frankovich on a quest to identify subgroups in the hopes of tailoring treatments, but she longs for the day she can find and use a full array of biomarkers signaling disease and genetic risk. “Maybe we really have 10 disorders,” she says. “Maybe strep-triggered PANS is different from flu-triggered PANS. This is a real disease, but we need more research to learn where the true lines lie and many treatment trials to understand the best therapies.”

Peering Into the Brain

One promising tool is the “Cunningham Panel,” created by Cunningham through her commercial lab, Moleculera. Currently used for patients with neuropsychiatric symptoms, blood tests in the panel search for the autoantibodies Cunningham has found. The tests also look for whether the blood increases CaM kinase II activity.

The panel is so nuanced that it measures the level of autoantibodies against two types of dopamine receptors. Cunningham has come up with a formula based on the ratio of autoantibodies to the two dopamine receptors; depending on the balance between the two, she can predict a variety of symptoms, from ADD to compulsions to obsession to irritability and more. If a patient’s blood shows high levels of the markers, it indicates that neuropsychiatric symptoms could stem from autoantibodies created in the wake of infectious disease — and that the treatment of choice might be steroids or IVIG.

The real hope, of course, is for more effective treatments targeting the underlying problem to replace these harsh therapies. Toward that end, potentially game-changing research comes from Dritan Agalliu, a vascular biologist and blood-brain barrier expert at Columbia University Medical Center in New York. Funded to focus on PANS by two wealthy parents whose child was diagnosed with the disease, Agalliu began searching in 2012 for controls to the trap door that autoantibodies use to sneak into the brain.

He exposed specially bred mice to strep and scrutinized their brains after death. How did repeated strep infection alter the integrity of the BBB? How did it induce rapid onset of neuropsychiatric disease?

One finding was that strep eventually led to massive production of a certain kind of immune cell, Th17, along with inflammation of the brain. In humans and rodents alike, Th17 cells take on the role of a conductor, telling other immune cells what to do. They have been implicated in the destruction of the BBB and are found in increased numbers in many autoimmune diseases. In the experimental mice, Agalliu saw that Th17 cells had poked holes in the BBB, opening the floodgates into the brain. Inside the brain, strep bacteria were nowhere to be found, but there were plenty of antibodies normally kept out by a healthy BBB.

Agalliu also found that Th17 cells induced by strep opened the BBB only in certain spots: Since strep enters the body through the nose, it made sense that he saw the BBB was pierced near the olfactory bulb, the structure in the front of the brain that processes odors. But strep also caused a leak in the BBB near the amygdala, the seat of fear and anxiety, and the lateral hypothalamus, where our sense of hunger begins. Given the primary PANS symptoms of OCD, anxiety and anorexia, this fit quite well. It’s possible that finding ways to repair the BBB or safely block Th17 cells would better treat PANS patients.

Another potential tactic involves pumping the immune cells and toxic molecules out of the brain — considered a futile quest until just a couple of years ago. That’s when University of Virginia neuroscientist Jonathan Kipnis and his team discovered a hidden core of vessels — a previously unknown sewage system for draining cellular waste from the brain into the lymph system at large. The work is in mice, but preliminary evidence suggests humans have it, too.

“Its existence,” Kipnis says, “could explain how Alzheimer’s plaque can be cleaned out by some of us but left for sludge in those who get disease. In some people, the vessels no longer work efficiently.” The point for PANS: In diseases of autoimmunity, where rogue immune cells are stuck in the brain, returning these lymphatic vessels to greater function may be a potent means of clearing up disease.

These newest discoveries are so early that they won’t enter the therapeutic arsenal without a wealth of additional research. And even where therapies have a track record, physicians (and parents) must differentiate between psychiatric disease, infectious disease and autoimmunity with care. Perhaps the best guideline here is that when psychiatrists call patients untreatable and show them the door, it only makes sense to explore PANS as another possible cause.

That unlikely detour brought reprieve to Paul Michael Nelson and his parents, who spent four years navigating violent rages and psychotic symptoms so overwhelming that the boy seemed forever lost. The Nelsons feared their child was, in many ways, dead. Tamping down his overactive immune system brought him back.