Here&#039;s How Much Plastic Humanity Has Produced 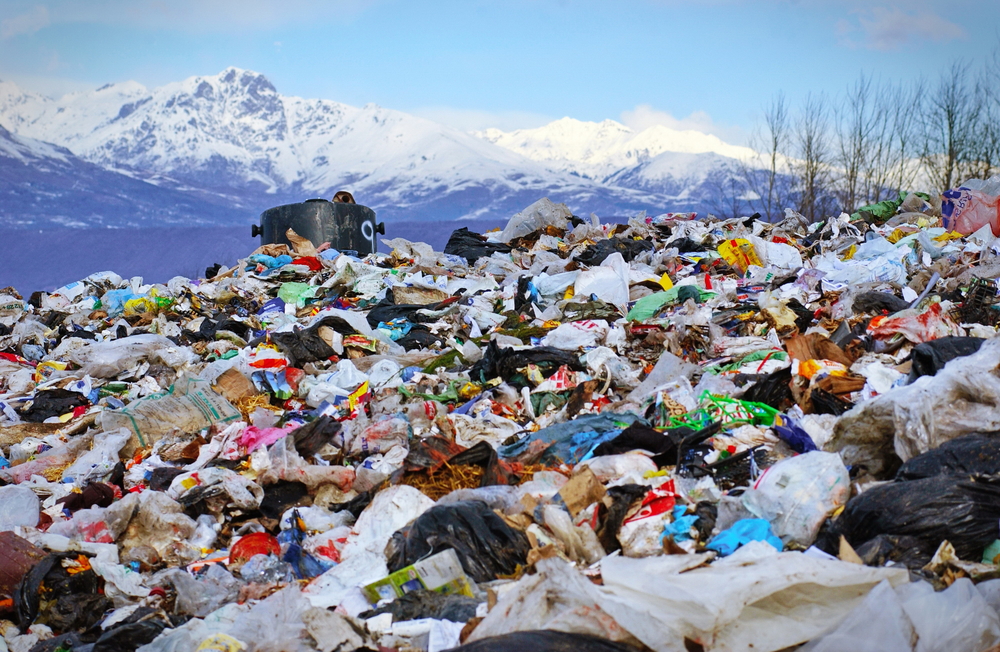 I want to say just one word to you. Just one word. Are you listening?

There was indeed a great future in plastics back in 1967 when “The Graduate” came out, and those words ring true even today as plastic production continues to soar. Try imagining toothbrushes, dashboards, pens, video game controllers, the ephemera of our daily lives, made from wood or metal — plastics are indispensable.

Our appetite for cheap, durable materials is such that humans have produced 9.1 billion tons of plastics thus far, a new study says, the vast majority of which has ended up either in landfills or scattered around the world.

Wrap Your Head Around It

That’s a pretty mind-boggling number so let’s try and put it in context: We’ve produced enough plastics now by weight to equal 25,000 Empire State Buildings, 80 million whales or a billion elephants. The plastic used could have produced seven quadrillion Lego blocks, 650 trillion plastic water bottles or more fidget spinners than a billion octopuses could spin in a dozen lifetimes.

It won’t stay in use for long, though. Most of the plastics are discarded after a few years, with the exception of products used in construction and development. And once they’re tossed away, they tend to stick around anyways. Plastics are devilishly hard to get rid of, so much so that most just end up degrading into smaller and smaller pieces. This has become an issue in the oceans where tiny plastic particles — called nurdles — are building up in sea creatures’ digestive systems and leaching toxins. The problem could make its way back to humans, too, as the plastic pellets work their way up the food chain. 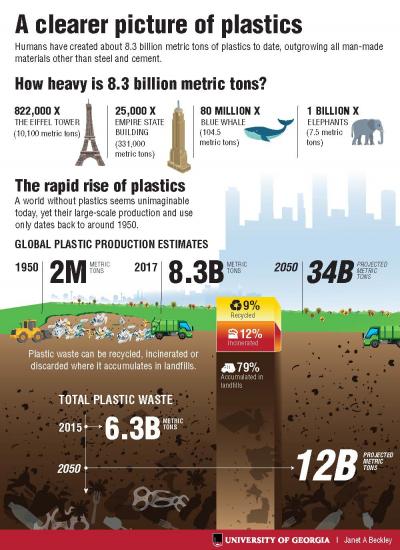 No Signs of Stopping

These statistics are thanks to a new study led by a University of California-Santa Barbara researcher and published Wednesday in Science Advances, attempting to quantify the sheer amount of plastics out there right now — its imposing title is “Production, Use, and Fate of All Plastics Ever Made.” The researchers used industrial data on the raw inputs of plastic production from multiple countries to add up the toll. Their data extends from 1950 to 2015, and on top of the 9.1 billion ton total, they also provide some projections based on current trends. Keep going as we are, they say, and by 2050 we’ll have churned out almost 38 billion tons of plastic and thrown 13 billion tons away. Let’s not even try to imagine how many fidget spinners that is.

There are some ways to mitigate the crisis, such as recycling and the use of biodegradable plastics. To be effective, however, recycling must forestall new plastic production, not merely add to the total amount of plastic produced, all of which will eventually be thrown out. Some plastics are simply burned, or decompose with heat in a process known as pyrolysis to produce fuel. These methods produce their own environmental hazards, however, such as greenhouse gases.

Biodegradable plastics have been hailed as another solution, but the amount produced today is tiny — around 4.5 million tons, according to the researchers. And, producing such plastics entails other tradeoffs such as diverting the corn used to make it from food supplies and greater energy expenditures.

Plastics will likely be a part of our lives for as long as human civilization is able to produce them, and the authors seem well aware of this, advocating instead for sensible strategies to deal with the millions of tons of plastic spilling out into the environment. We can’t live without them, so we’ll need to learn how to live with them.