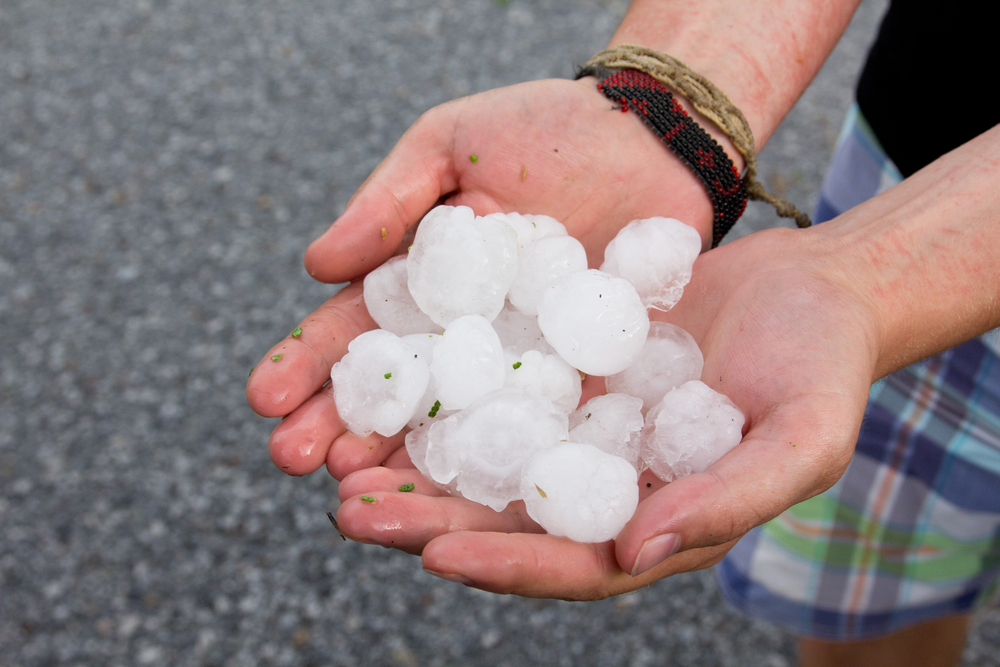 BOULDER, Colo. – Severe storms cause tens of billions of dollars in property damage each year. And that cost will likely go up in the coming years thanks in large part to hailstorms.

Climate scientists, meteorologists and insurance experts gathered at the National Center for Atmospheric Research (NCAR) here in Boulder, Colorado, this week for a three-day workshop to discuss how climate change affects these storms and brainstorm how to better detect and forecast them.

“It looks like 2018 will become the 11th straight year in which total dollar losses will exceed $10 billion from severe storms,” Ian Giammanco, a meteorologist with the Insurance Institute for Business and Home Safety, said during a press conference. “Most of that is hail.”

In North America, hail produces 70 percent of the annual damage from thunderstorms and often accompanies tornadoes and hurricanes. That means hail makes up a huge percentage of the destruction.

“It’s a problem anywhere east of the Rocky Mountains,” Giammanco said, including cities as close as Denver. That’s because large mountain ranges create the perfect setting for making hail: warm, dry air at high elevations and humid, moist conditions close to the ground.

Andreas Prein is a project scientist with the Mesoscale and Microscale Meteorology Laboratory at NCAR, where he studies how climate and extreme weather events interact. He says hail needs four ingredients to form: a large, unstable air mass — the storm’s motor; variable wind speed and direction to push the air higher; moist air close to the ground and dry air up high—mountain ranges are helpful here; and freezing temps in low clouds.

Prein says he and other scientists are still working on how much climate change influences each of these ingredients to produce more frequent and intense storms. So far, research suggests hailstorms might become milder in some areas and more intense in others.

For example, scientists know climate change is making the atmosphere warmer and warmer air can hold more moisture. This could create stronger upward air currents that support large hailstorms. But climate change is also making clouds freeze at higher altitudes than before, which could mean less hail in warm regions (where it might melt before reaching the ground).

Until then, costs are likely to go up, the scientists said, but not necessarily because of climate change.

Homes are built much closer together now than in the past. And the average house size has ballooned from an average size of about 700 square feet in the ’80s, to more than 2500 square feet in 2015.

Larger houses that are built closer together are bigger targets for hail to hit, Giammanco said, and that’s contributing to the damage.