Gore Verbinski Diagnoses His Own “Cure for Wellness” 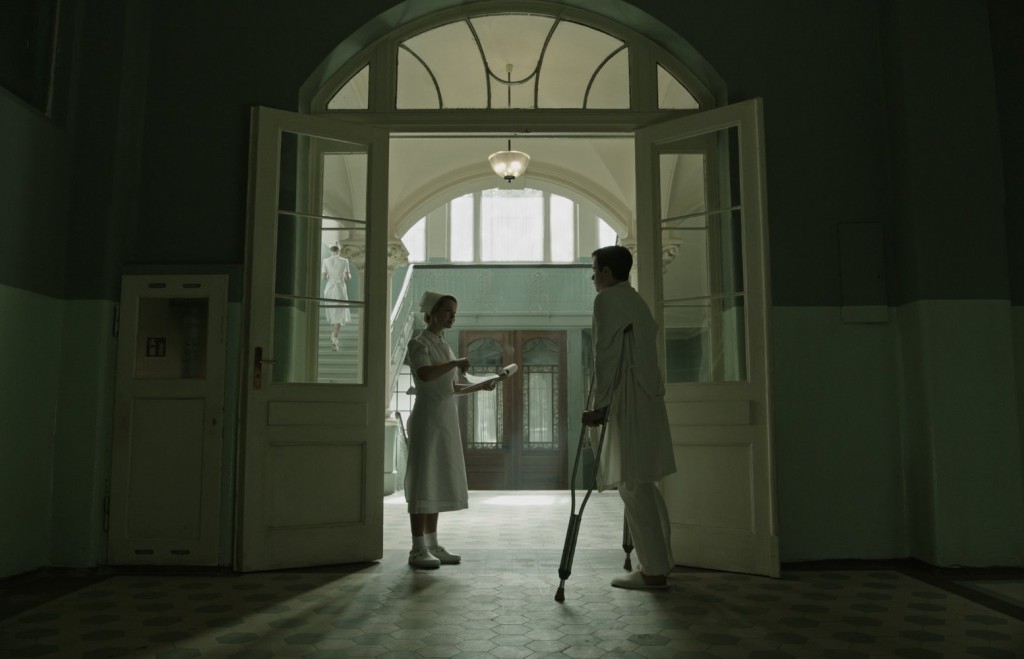 Sometimes all it takes is one glance to realize that checking out will be a whole lot harder than checking in. (Credit: Twentieth Century Fox)

If you feel like there is something deeply unhealthy about the modern world, director Gore Verbinski has just the movie for you. If you roll your eyes at New Age cures, he’s got you covered, too. And if some mornings you wake up wondering if you sleepwalked into the wrong corner of the multiverse…yes, he’s on top of that one as well. Verbinski’s new A Cure for Wellness is a rich stew of psychological themes, mythologies, medical musings, and surrealist flights of fancy. It is utterly bonkers, and I say that as a sincere compliment.

The premise of A Cure for Wellness begins with a ladder-climbing young executive named Lockhart (Dane DeHaan), who goes to a remote Swiss spa on a seemingly straightforward mission to retrieve the wayward CEO of his firm. As soon as he arrives, though, Lockhart’s plans start to unravel. Soon his reality seems to be unraveling as well. Is the spa’s enigmatic director, Dr. Volmer (Jason Isaacs), conspiring against him? Does Hannah (Mia Goth), the sole young patient at the spa, hold the answer? And why does everybody here keep gulping down so much water?

By the end of the movie Verbinski answers a lot of his questions, more than you might expect in such an atmospheric film. What he does not do is come to a hard conclusion about the central issue of wellness. In his world, both the modern rat race and its antithesis seem equally tainted. I leaped at the chance to speak with Verbinski, hoping to hear more about his scientific and artistic intentions behind A Cure for Wellness. Like the movie’s plot, his comments took clever, entertaining, and often elusive turns. There are some mild spoilers ahead, but the biggest spoiler is the intriguing reality-distortion field of the interview itself.

What drew you to the theme of wellness? It comes across as a critique of traditional healing, but also of modern medicine as well.

In our film, we were intentionally taking something modern and something Gothic and colliding them together. The genre is most effective when it taps into some contemporary zeitgeist. When the curtain closes, I don’t want you to feel like you can go, “Oh, OK, that was the Headless Horseman, basically.” I want it to connect to some contemporary fear. Why are we vulnerable to the pharmaceutical industry, and to the kale smoothie, or whatever [health promise] it is? There’s got to be something inside where we know that we’re not well. I think we’re living in an increasingly irrational world. We know history but we’re driving the car into the wall and we can’t seem to turn the wheel. It’s what I’d call the sickness of modern man. So we have this place high in the Alps that’s been observing us all for centuries, and it’s offering a diagnosis.

“A Cure for Wellness” merges many themes about sickness, mortality, and the nature of reality. What do you see as the unifying element through all of these?

The film is not immediately reducible, and that creates marketing challenges! But there’s a part of this movie that’s a Grimm’s fairy tale. Lockhart is being put to sleep, it’s sort of a reverse Sleeping Beauty. Hannah is awakening, and she’s sort of the Pandora’s Box. He’s the contagion that creates her bloom. The film is about two worlds, and at the end Lockhart and Hannah don’t belong to either of them. It’s about boundaries and reflections. As Lockhart makes his journey to the spa, he is leaving the waking state. He’s entering a kind of morbid dream logic. There are two ways to tell a story. You can lead people with your hand on their back, or you can leave breadcrumbs. In this genre, if you can get them nibbling at breadcrumbs you can be much more devastating. 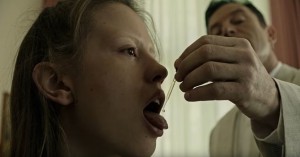 In many ways the film is an internal voyage, a trip through the human psyche. What do you want the viewer to take away from that?

Justin Haythe [who developed the story with Verbinski and wrote the screenplay] and I are both fans of Thomas Mann’s The Magic Mountain. There was something in the book’s premise that was enticing. We are also fans of HP Lovecraft. He had a wonderful way of saying, “We will go mad looking into the things unknowable.” People who come to Volmer’s spa are relieved of their responsibilities because they are not well. They have a note from the doctor; that’s the narcotic, the opiate of the Lotus eaters of this place. But then, what if the cure is worse than the disease? That part of Lockhart’s journey. If he would just lie down, it would be OK. But he’s not that kind of character, he’s different than the rest of them [at the spa]. The closer he gets to the dark secrets that are hidden in this place, the more his purchase on reality begins to slip.

You end up playing with a very timely theme, How much of reality is objectively real?

[Warning: some spoilers follow] We intentionally said, there’s going to be a point where you think Lockhart died in the car accident early in the movie. We know that version of the story, we’ve seen Jacob’s Ladder. Or has he been a patient here at the spa all along? We know that one, too. I think there’s value in tipping the audience toward those things so that we can turn away from them. Also, the untrustworthy narrator has value, piercing the membrane of what’s appropriate from time to time, whether it’s the brief dental scene or…I want to put you in a place where you say, I’m not sure they’re going to go there. I don’t trust the storyteller anymore. I think that puts you in a more agitated state as an audience.

So in your view is Lockhart, the model of the modern achiever, a sick man?

The best fictional villains are right [in their views], and there’s something right about Volmer’s diagnosis of Lockhart and of modern man more generally. Volmer just has one flaw, an obsession with purity, and that is his downfall. I refer to the film as a contemporary Gothic. It’s got psychological thriller, it’s got horror, it’s got a lot of different things. It’s a fun blend: Lockhart is a modern man, but he’s entered this Gothic story. 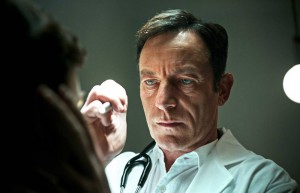 The mysterious Dr. Volmer is not quite what he seems…but I’ve said too much already. (Credit: Twentieth Century Fox)

In what way is Volmer correct? How would you describe the modern sickness?

I talk to kids who are taking gap years from college and there’s a sense of needing a time out. We know there’s no more headroom. Our father’s father’s father’s always told us: Go to school, get a job, make something of yourself. I think we’re seeing that there’s no more room, so we start to question the treadmill itself. I always loved the end of The Graduate, when you wonder, where are they going? In A Cure for Wellness, there’s the modern world and there’s the Gothic world, but at the end where are these guys [Lockhart and Hannah] going? They don’t belong to either world. There’s a feeling of the convergence of something inevitable and something irrational. From a science perspective, if we’re amoebae in a test tube growing exponentially, the last thing we’re going to say is, “Don’t worry, it’s half empty!” Right before it’s over. I think youth today is smart enough to go, “What? What do you mean just go join the rat race? There’s literally no more room.” That anxiety is palpable.

Much of the film is built around images of eels and the concept of a magical elixir. Where did those tropes come from?

Contemporary Gothic is a great genre in which to share specific and personal nightmares. Beyond the Freudian implications of the eel—I think we’re hard-wired for anything that slithers—the water itself is a motif. Not just from a baptismal standpoint, as catharsis, but also as a form of purification. If there’s something [tainted] in the water, then there’s something inside us. You try to be specific with those things, so you wake from your own nightmares and you jot down little specific notes.

You also seem to be mining specific scientific concepts about longevity genes, anti-aging compounds, the whole obsession with cheating death. How literally should the viewer take those ideas?

When you get two ideas and put them close together, and they’re both inherently enigmatic, the audience will connect them. Particularly if you’ve entered that dream logic, they’ll make sense. You don’t need exposition to connect all the dots. Is Lockhart like the dying deer? Why am I seeing all these reflections? The movie’s really about two worlds. What is the representation of the gate and the boundaries for the Pandora’s box of Hannah being let out? What happens if she wakes up? I was very affected by the writing of Haruki Murakami. It’s nice to operate in a place where you’re sensing those things are connected, but they’re not in the traditional Western narrative.