Bye bye La Niña, we hardly knew you. (And btw, is that your baby brother, El Niño, lurking there in the shadows?) 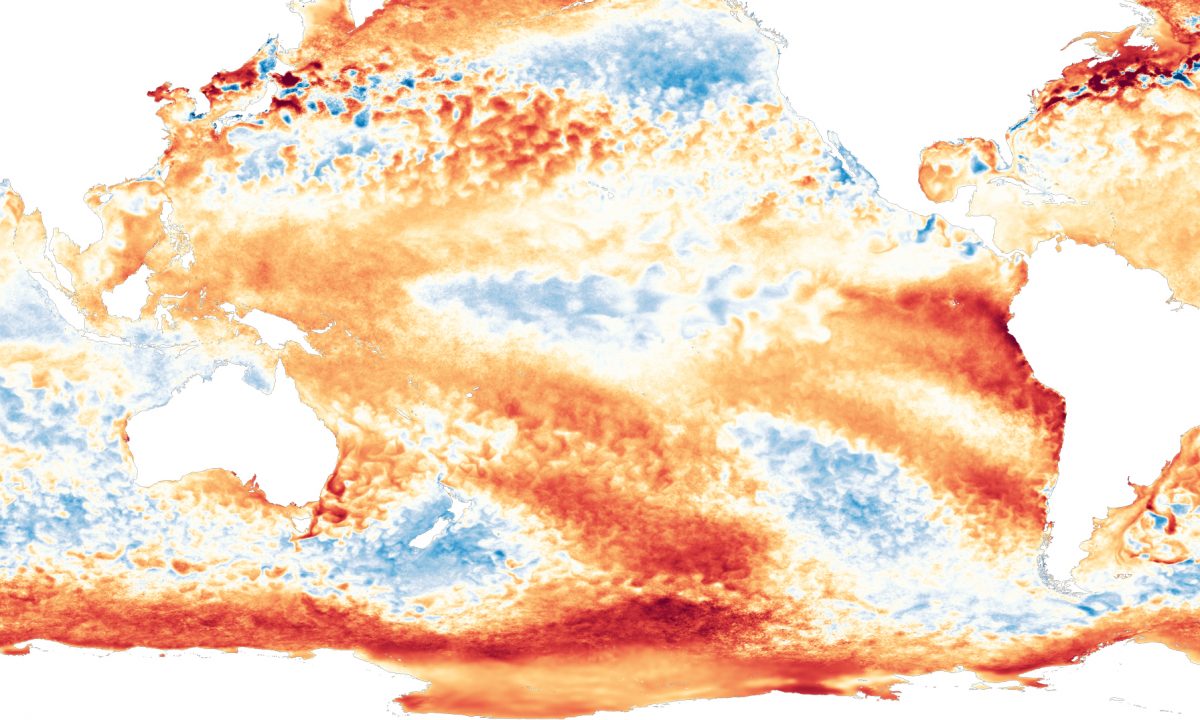 The La Niña of 2016 is now officially gone. Following on from a monster El Niño, it turned out to be one of the shortest and weakest on record.

La Niña, which can influence weather across many parts of the world, is characterized by abnormally cool surface waters in the central equatorial Pacific Ocean. Those have now mostly dissipated, leaving behind temperatures that are close to average for February. Forecasters expect these neutral conditions to continue for the next few months.

This animation showing week-by-week sea surface temperature anomalies begins on Nov. 16, 2016. At the time, a spear of cooler than average surface water extended along the equator across much of the Pacific. By the week of Feb. 1, that cool pool had mostly dissipated, heralding the end of La Niña. (Source: NOAA Climate Prediction) Center

Despite its relative puniness, 2016’s La Niña did produce some typical impacts in North America. For example: a warmer than normal winter so far in the South, and unusual cold in Alaska, western Canada, and the northern Plains.

But most Californians can’t really thank La Niña for the incredible bounty of drought-busting rain and snow they’ve received this winter. While the Pacific Northwest and northernmost California typically are wetter than normal during La Niña episodes, central California is not.

This ENSO forecast is based on human judgment and the output of computer models. The red bars show the chances of El Niño developing. By the September-October-November period, the probability rises to 48 percent. (Source: CPC/IRI)

Beyond April, what might be coming? During this time of the year, that is exceedingly difficult for forecasters to predict. That’s because of something known as the spring predictability barrier.

In a nutshell: Models have a hard time looking past the spring to predict which way the El Niño-Southern Oscillation, consisting of the El Niño and La Niña phenomena, might swing. Here’s how Emily Becker explains it at NOAA’s ENSO blog:

. . . spring is often a transitional time, when ENSO events wind down and neutral conditions prevail.  It can be tougher to predict the change into a new phase than to predict the growth, continuation, or demise of an event.

With that big caveat in mind, let’s talk about El Niño.

“Some of the computer models are calling for a return of El Niño conditions by the second half of 2017,” Becker writes. “These models have a pretty good track record, so we’re not completely ignoring them.” But the spring predictability barrier also argues for caution.

“The bottom line is that we’re giving the odds of developing El Niño conditions a slight edge for fall 2017, with the probability around 50%,” Becker says. That compares with a baseline 33 percent chance that an El Niño, La Niña, or neutral phase, will develop in the fall of any random year.

In other words, right now the forecast is leaning El Niño-ish. We certainly do not yet have to fasten our seat belts for a wild ride like what we had during the last one. But it will sure be interesting to see how things play out this year.