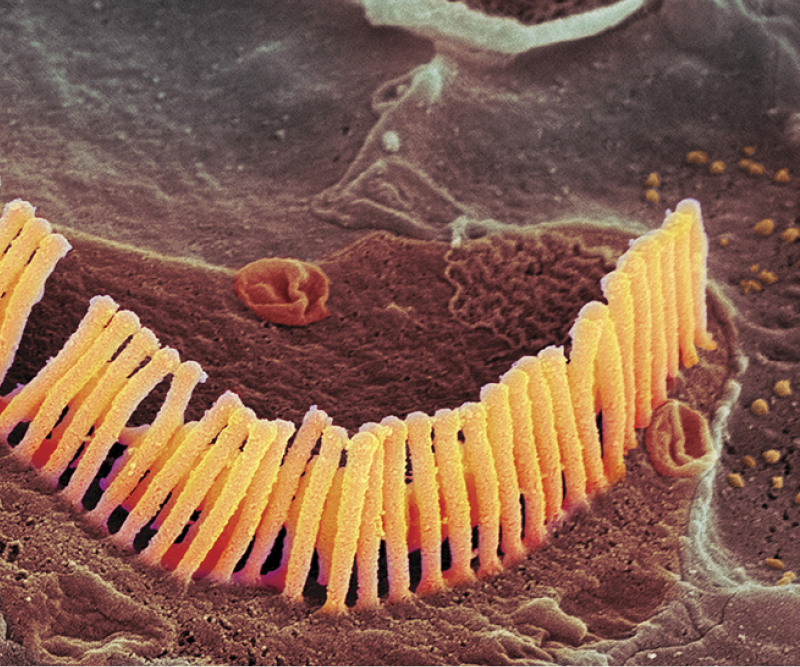 Hearing Hairs Restored: Tiny hairs in our inner ears, called cochlear hair cells, are vital to our natural perception of sound, and once we lose them, we don’t grow them back. But scientists published in Cell Reports that they’ve discovered a way to regenerate those cells in mouse, primate and human tissue samples. After exposing supporting cells — cells that can create new cochlear hairs — to a specialized drug mixture, the team saw significant new hair cell growth.

Baby Bump: Birds don’t give birth to live young, but their distant ancestors did. Archosauromorphs, which existed about 250 million years ago, were the creatures that evolved into crocodiles, dinosaurs, birds and pterosaurs. Experts thought these beasts laid eggs, much like their modern descendants. But a new Nature Communications paper details the fossilized remains of an archosauromorph mother and her unborn baby. The mom — the marine-dwelling Dinocephalosaurus — and her preserved pregnancy could give paleontologists a better idea of how her kind lived and evolved.