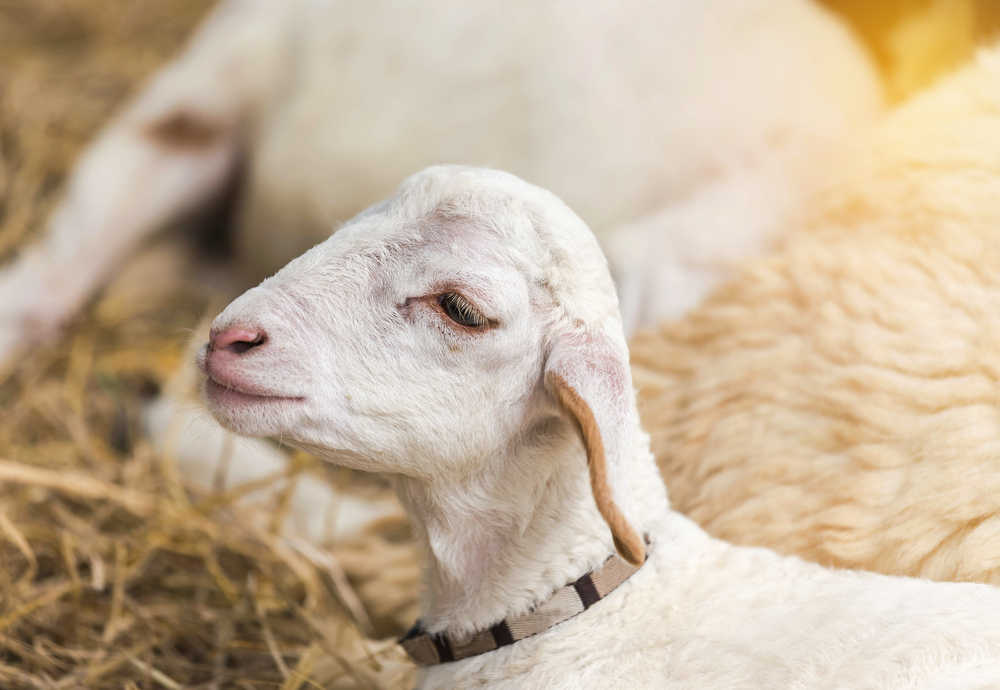 Lamb fetuses have been sustained for four weeks outside of their mothers’ bodies with a new system that mimics a placenta.

The system is a step forward for researchers hoping to develop an “artificial placenta” that could allow premature fetuses to continue developing until they are ready for the outside world. It is essentially a fluid-filled bag with ports that allow for oxygen and nutrient delivery, combined with a pump-less oxygenator that allows the fetus to circulate blood using its own heartbeat.

The system is aimed at helping preterm infants beginning at 23 to 24 weeks old. Such infants are normally placed in mechanical ventilators that compensate for their underdeveloped lungs and allow them to breathe. However, exposing their lungs to air halts crucial developments and can lead to crippling impairments later in life. These include lung disorders, mental disabilities and hearing and vision problems. By allowing fetuses to remain in a fluid environment that much more closely mimics the placenta, the researchers hope to allow development to continue unabated.

Researchers from the Children’s Hospital of Philadelphia tested their device on lambs, a common animal model for comparative studies of lung function. After testing out a few prototypes, they refined their system to the point where they say they are able to produce lambs that look functionally identical to those who undergo normal gestation. They took lambs whose lungs were at a similar stage of development as a 23-week-old human fetus and placed them in their closed fluid artificial environment for 28 days, the maximum amount of time that animal protocols currently allow. 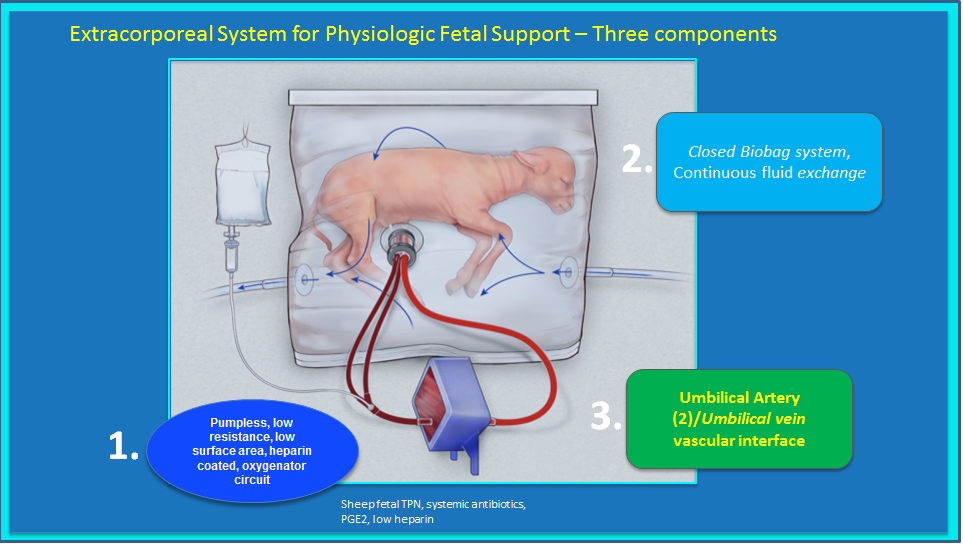 (Credit: The Children’s Hospital of Philadelphia)

After removing them and performing tests of brain and lung tissue, they say that they found no significant differences between the preterm lambs and those allowed to develop in the womb.

“All of the parameters that we measured in the fetal lambs on the system have remained normal,” as far as they can tell, according to co-author Alan Flake, an attending pediatric and fetal surgeon at the hospital.

The most crucial consideration for the team was maintaining a closed fluid environment for the fetuses. This mimics the placental fluid that sustains a nutrient-rich and protective environment for mammals during development. Previous attempts to develop artificial placentas have run into difficulties pumping fluids: Too much pressure, and delicate tissues can rupture. In addition, any exposure to the outside world can result in potentially fatal infections.

The researchers got around this problem by simply allowing the lamb hearts and lungs to circulate the fluid themselves with an oxygenator that added very little resistance to the system. The external components of the artificial placenta were fed through the lambs’ umbilical cords to most closely reproduce conditions in the womb. In addition, the ports were designed to preserve sterile conditions insofar as it was possible to reduce the risk of infection. They published their work Tuesday in Nature Communications.

The few lambs that were removed from the system after 28 days and placed in traditional ventilators have gone on to develop like ordinary lambs thus far, Flake says.

“They appear to have normal development in all respects, once they are taken off of the ventilator we bottle fed them, we’ve grown them up and they’re reasonably normal in every respect that we can tell,” he says.

While other researchers have had some success in implementing this kind of fluid-based artificial placenta, they haven’t been able to keep the fetuses alive for so long or achieve the same kind of normal physiological development.

The new system is a promising development for the field of reproductive medicine, but the authors caution that significant hurdles need to be overcome to apply the technology to human fetuses. Human fetuses are smaller, for starters, and although Flake says that they have tested the system with lambs of a comparable size, that may not carry over well to humans. In addition, the fluid they used, a mix of electrolytes, would need to be customized to humans, as well as the umbilical connection. Finally, there is no data on how humans placed in a similar environment would fare later on in life.

“This is a really attractive concept and this study is a very important step forward. There are still huge challenges to refine the technique, to make good results more consistent and eventually to compare outcomes with current neonatal intensive care strategies,” says Colin Duncan, a professor of reproductive medicine and science at the University of Edinburgh, who was not part of the study. “This will require a lot of additional preclinical research and development and this treatment will not enter the clinic anytime soon.”

Flake said he believes that the system could see its first human applications within three to five years.