A Brief History of the Hand-standing Skunk

Author Vishay SinghPosted on May 4, 2017May 4, 2017Categories Discover Magazine 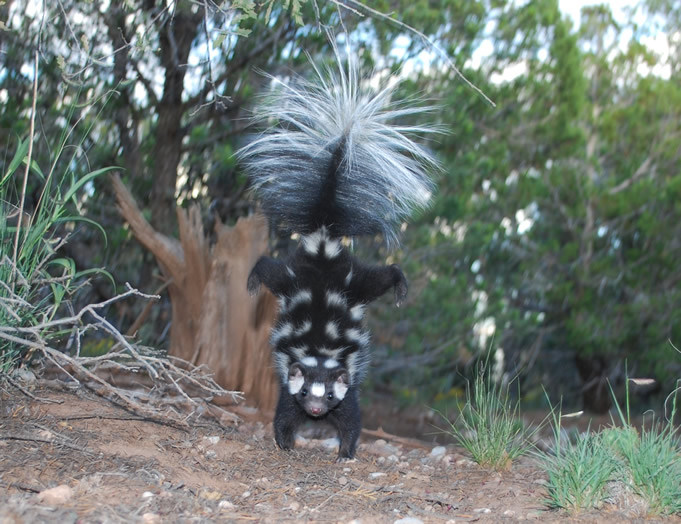 As the climate changes, many species are finding that areas they once called home are becoming less and less hospitable.

These kinds of ecological shifts are natural, but they usually happen over much longer time scales, giving animals time to adapt. Today, their surroundings could shift so fast that they become premature relics in their own environments. To avert, or perhaps ease, this transition, researchers are looking backward in time to see how various species have coped with change in the past, in the hopes of learning lessons to apply to tomorrow.

Striped and stinky, skunks cropped up on the radar of researchers from Chicago’s Field Museum and Angelo State University, when they realized that not much was known about their history. Focusing on the western spotted skunk, they traced the lineages of its various sub-species back to a common ancestor and attempted to match up the various branching events with climate and geological conditions at time. Their goal was to learn how a changing environment affected the skunks, and how they responded in turn.

Western spotted skunks are a bit smaller than the more common striped skunk, and their coat patterns are much more complex. They also seem to have something of an exhibitionist streak: When spraying their trademark noxious musk, western spotted skunks will occasionally flip themselves into a handstand, legs and bushy tail akimbo, as a jet of foul-smelling chemicals shoots from glands on their posteriors. 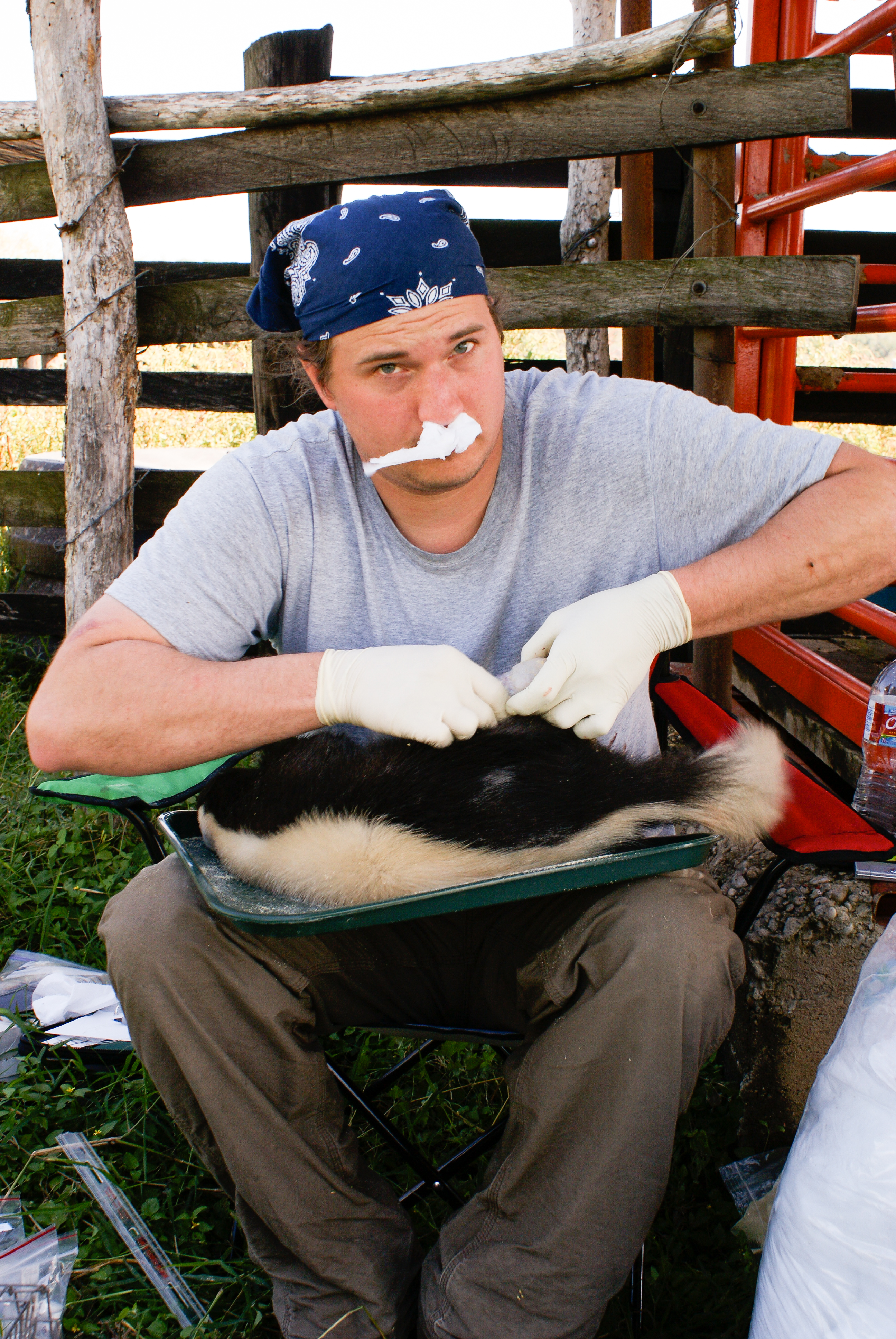 Lead author Adam Ferguson protects himself from the smell as he works with a skunk. (Credit: The Field Museum)

There are seven subspecies of western spotted skunk today, spread out across northern Mexico, the western U.S. and reaching just into Canada. While today they can roam fairly freely throughout most of their range, it wasn’t always so. During the Ice Age, they were periodically confined to various areas by encroaching glaciers. This, along with geological changes such as the emergence of mountain ranges, served to differentiate the various populations of skunks, leading to the group of subspecies we see today.

Combining genetic data from 97 skunks representing six of the seven subspecies, the researchers conducted a molecular clock analysis, tracking mutations in DNA backward to find a common ancestor and create a rough timeline for when each skunk subspecies diverged. At the same time, they looked at what was going in the skunks’ habitat around the same time, whether glaciers had cut them off, for example, or if a mountain range made movement difficult. Put together, the information allowed them to see the kind of pressures that changing environments had on the skunks.

In a paper published Wednesday in Ecology and Evolution, they grouped skunks into three distinct groups based on where they had ended up when the glaciers swept through during the Ice Age. The three populations, in northern California, northwestern Mexico and southern Texas, had each acquired subtle differences beginning around 250,000 to 120,000 years ago, they say.

This differs from other small carnivores similar to skunks, they say, showing that different animals will respond differently to a changing climate.

“What we know about the past can inform what we expect to see in the future,” says Adam Ferguson the collections manager of mammals at the Field Museum. “Understanding these genetic subdivisions that happened as a result of changing climatic conditions can help us conserve skunks and other animals in the future.”

Both the type of changes and the rate at which it happens are important for researchers hoping to forecast how various species will fare if their environments change too quickly. Genetic mutations can create modifications, but only within certain bounds. Too much change, and animals will be left behind. Encroaching glaciers may have allowed enough time for adaptation, but our current situation may not.