Your Kitchen Sponge is Covered With Bacteria — Don&#039;t Bother Cleaning It 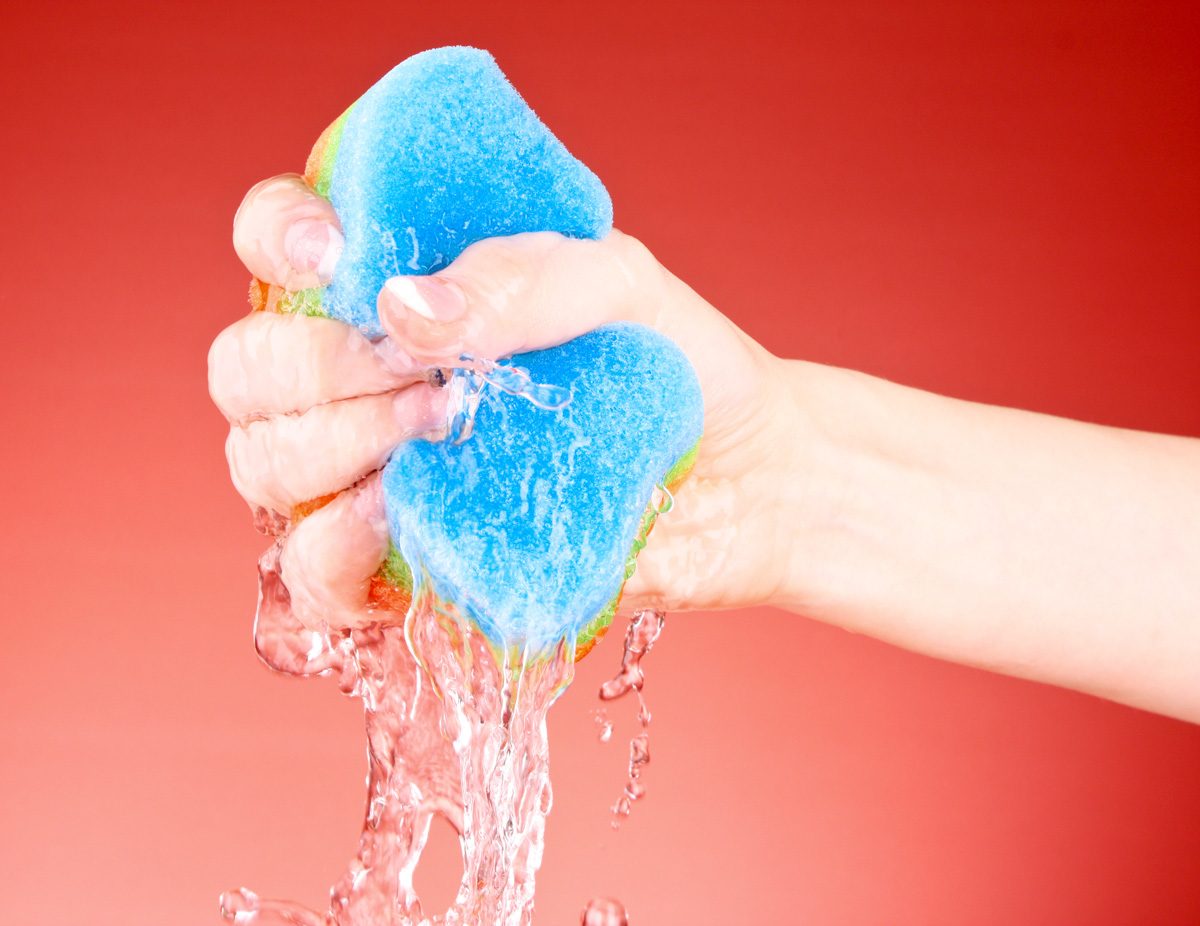 If bacteria all glowed the way some bioluminescent species do, you’d probably go blind walking into your kitchen. An abundance of organic material and damp surfaces allows microbial life to flourish around spaces where food is prepared, but one particular item shines brightest in the bacterial firmament. It’s the kitchen sponge, that workhorse of culinary clean-ups, and it is absolutely overrun with bacteria.

Kitchen sponges have been picked out as bacterial strongholds for quite a while, though that hasn’t stopped new studies from surfacing. Each fresh revelation of microbial infestation spawns a new round of horrified media coverage, as every study seems to add to the list of potentially deadly diseases lurking in our households. The latest insights come from a team of researchers in Germany who use genetic sequencing to compile the most comprehensive list of sponge bacteria to date.

The results aren’t surprising, but they are illustrative of just how tenacious household bacteria are. Looking at 14 different used kitchen sponges, the researchers found up to 54 billion bacteria per cubic centimeter, spanning 118 genera. Many of these pose no harm to humans, it should be said, but among the species the researchers also found varieties of E. coli, Klebsiella, Staphylococcus, Salmonella and others implicated in food-borne illnesses. They found that the bacteria appear most often on the surface and visible cavities of the sponge, and their analysis indicated rapid growth.

In a paper published in Nature Scientific Reports, the German researchers were able to expand the list by taking advantage of new developments in gene sequencing technology, which they paired with a type of high-precision imaging. Most previous studies relied on cell cultures grown from samples, which don’t always pick out the full range of bacterial life on sponges. Many of those also used only a single sponge for their analysis, compared to over a dozen here.

The study comes with another, more provocative claim as well: cleaning sponges doesn’t seem to help at all. Based on previous studies, conventional wisdom held that microwaving or boiling sponges helped to kill off bacteria. When they attempted to replicate these findings with their own sponges, the researchers found very little difference in terms of bacteria numbers between sponges that had been cleaned and those that hadn’t. The cleaning did seem to alter the composition of the bacterial population, though, shifting it toward Moraxella and Chryseobacterium, both of which can cause disease. This likely happens because the sanitization kills some species of bacteria but not others, allowing the survivors free reign to spread and grow.

The best option, the researchers say, is to simply replace your sponges regularly, on the order of once a week. More studies of kitchen sponges are still needed as well, to explore how dangerous the bacteria on sponges actually are (especially given that there are no recorded cases directly linking sponge bacteria to an infection), find better sponge sanitation methods and more fully explore the “sponge microbiome.” The field of sponge science is alive and well.