Will New Landers and NASA’s Lunar Outpost Get Us Back to the Moon? 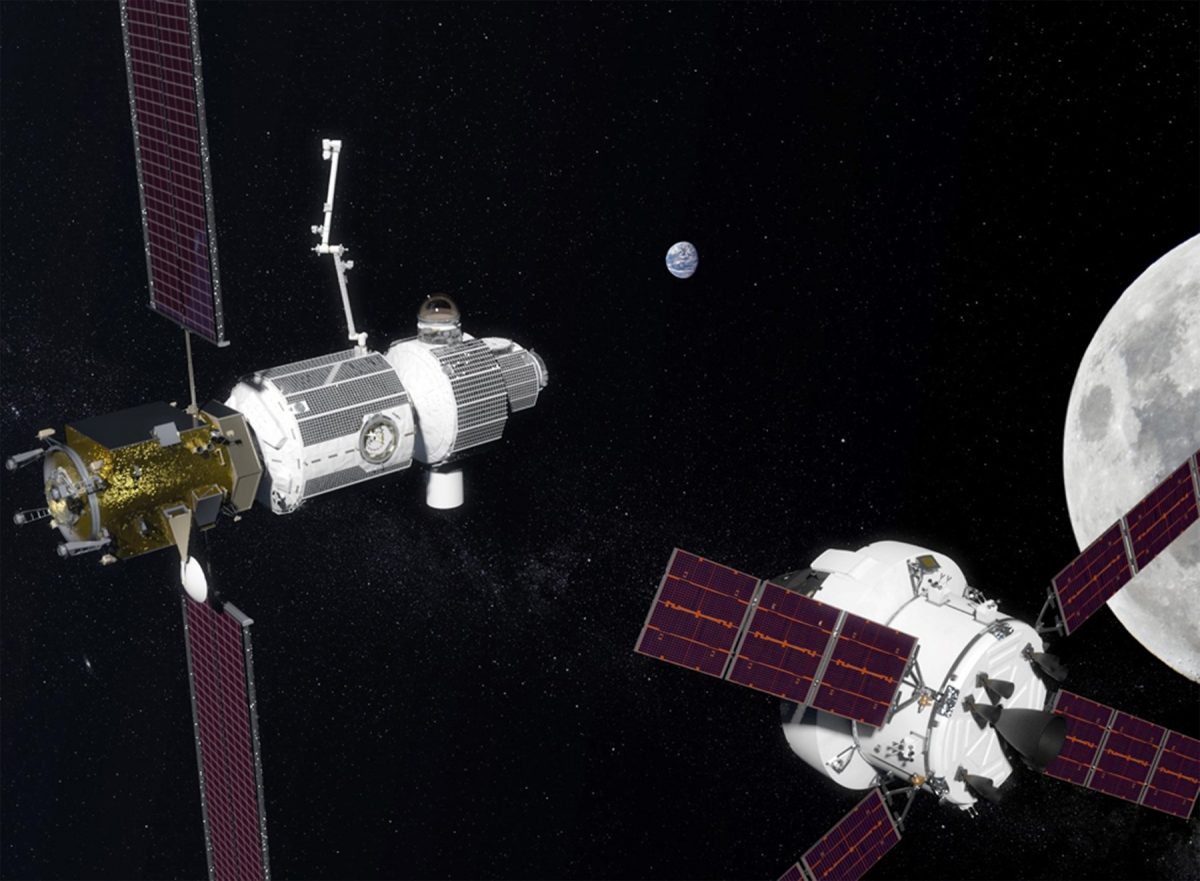 An artist’s conception of what an orbital lunar station could look like. (Credit: NASA)

It looks like the moon is back in style. Decades after NASA’s last trip to our satellite, both Blue Origin and Lockheed Martin have recently announced plans for lunar landers, and NASA hopes to build a Lunar Orbital-Platform Gateway that would sit in orbit around the moon.

The moon is a logical stepping stone for longer missions to Mars and beyond, and it offers a crucial testing ground for cutting-edge technology. Accordingly, its a prime target for the players in the new space race.

The proposed NASA lunar outpost would remain in a high lunar orbit and allow for scientific and commercial activity. Officials have stated that the outpost could be built and ready to house astronauts as early as the mid-2020s, though the rocket and capsule NASA plans to use for building and visiting the station are still being developed.

This lunar outpost will hold a maximum of four astronauts at a time for between 30 and 90 days. But, while the outpost will allow astronauts to work and experiment around the moon, it might be accompanied by new tech designed by Blue Origin and Lockheed Martin to actually land astronauts on the lunar surface. 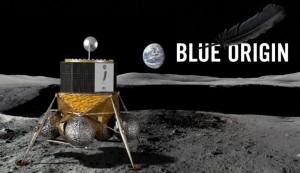 Blue Origin, which plans to soon send deliveries to the moon “Amazon-style,” announced this week that it’s designing a “large lunar lander” called Blue Moon. The lander will be “capable of bringing several metric tons of cargo to the Moon,” said German technology corporation OHB, which is partnered with Blue Origin, in a statement on Tuesday.

“The next logical step in this path is a return to the Moon. To do this we need reusable access to the lunar surface and its resources. We’re in the conceptual design phase of a large lunar lander that will provide that access called Blue Moon,” Blue Origin said in the statement. 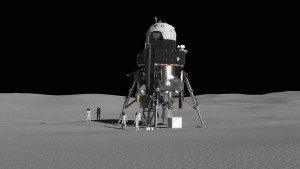 Lockheed Martin is also pushing forward with new tech to get us to the lunar surface. Their lander is super-sized and designed to fit up to four astronauts alongside one metric ton of equipment. It is meant to shuttle astronauts between NASA’s lunar outpost and the moon’s surface. Unveiled at the World Astronautical Congress in Bremen, Germany, this mega-lander can stay on the moon’s surface for up to two weeks without refueling before returning to the Lunar Orbital-Platform Gateway. The company is also partnering with NASA to develop modules for the agency’s lunar gateway station.

These innovative designs might make it seem like we’re one small step from returning to the moon. However, there are serious hurdles to overcome before we successfully reach our rocky satellite. First and foremost, we have to get there.

NASA’s lunar outpost and both Blue Origins and Lockheed Martin’s landers plan to launch using NASA’s massive Space Launch System (SLS) rocket. It will be the most powerful rocket NASA has ever built, but development has hit a number of setbacks and its first flight continues to be delayed. Additionally, NASA is not looking for landers as large as Lockheed Martin’s proposed lander.

It is unclear exactly how we will return to the moon. But, with serious support from the U.S. Government and ambitious projects from space agencies and industry partners, it’s bound to happen.