What Is CBD and Why Do People Take It? 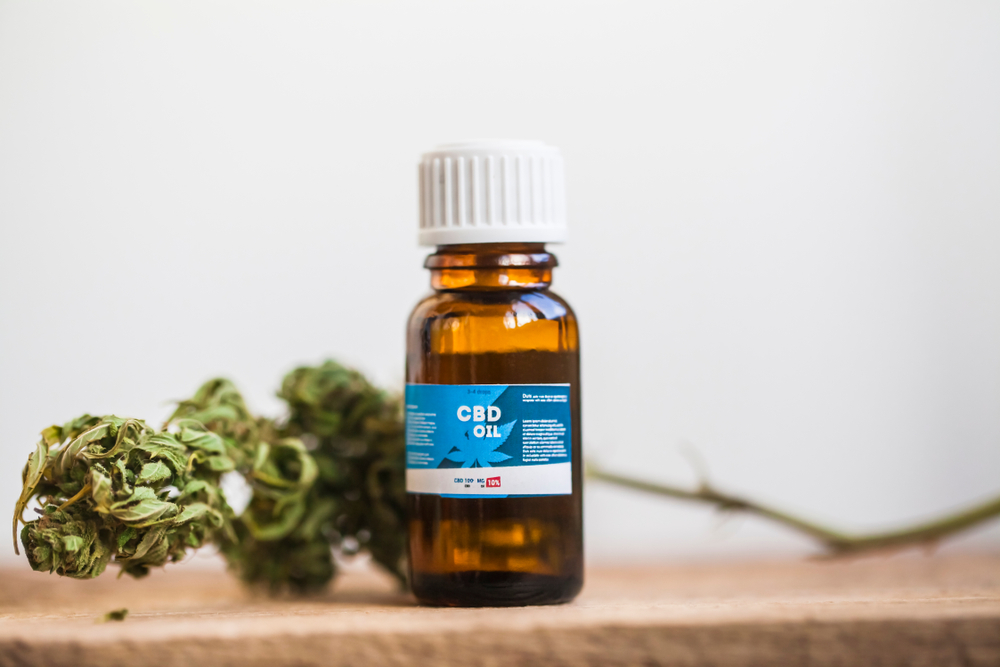 One of the most controversial drugs in America can’t even get you high. Derived from marijuana, CBD, or cannabidiol, could help treat a range of medical conditions, early research suggests — but its Schedule I status has made it hard to study, leaving researchers and patients in the dark.

Although it’s usually found as an oil, CBD can be infused into snacks and drinks, or come in transdermal patches, vaporizers, suppositories, and concentrates or “dabs.” It can be made synthetically, but it’s much easier to just harvest CBD from a plant like hemp or Cannabis sativa, using either ethanol or CO2 extraction.

CBD has been suggested as a treatment for everything from anxiety to addiction to depression, but much of the research is still preliminary. Accordingly, global policy around the molecule is very much in flux.

Some public schools even permit students to use CBD, though others have recently prohibited it.

Some governmental bodies remain firmly against the substance, however. U.S. customs have seized CBD imports, the U.S. Army has banned it and it’s forbidden in at least four states, including Idaho and Kansas.

The Drug Enforcement Administration still considers cannabidiol a Schedule I narcotic, meaning it has a high potential for abuse and no medicinal benefits, though that could soon change.

That hasn’t stopped a burgeoning industry surrounding the product. So far this year, CBD sales have reached almost $600 million, nearly double what they were last year. Brightfield Group, a marijuana marketing research firm, predicts the fast-growing industry will be worth $22 billion by 2022.

That’s dependent on the 2018 U.S. Farm Bill, though. Championed by Republican Mitch McConnell, it seems likely to pass. A portion of it would federally legalize CBD and industrial hemp, a type of CBD-rich cannabis that can’t get you high, for the first time since they were outlawed in 1937.

Until then, CBD’s legal status remains a gray area in many regions and its purported medical benefits are not always grounded in hard science. At the moment, it feels perhaps most akin to a trendy new superfood — it’s been called the “new kale” — and has begun appearing in beauty products. Even dogs are getting in on the craze.

CBD is even making its way into more traditional pharmaceutical settings. British drug company GW Pharmaceuticals recently got FDA approval to bring their new drug Epidiolex to market in the U.S. The drug is a prescription form of plant-extracted cannabidiol used to treat rare forms of epilepsy.

The substance seems poised to grow only more common in coming years — but what is it, why is it so popular and does it actually work?

In August 1938, John Matchett, the chief chemist of the Narcotics Laboratory of the Treasury Department in Washington, D.C. went to Minnesota to collect wild flowering hemp. Matchett and his assistants dried and beat the plants, shook out the coarse stems, ground up the rest and soaked it in 95 percent ethanol until they were left with a crude red oil.

They gave this oil to Roger Adams, a prominent organic chemist of the period, who further refined the cannabis extract with petroleum ether, diluted hydrochloric acid and other chemical baths until he had a pale yellow resin he described as a “crystalline, easily purified compound.” This is the first recorded instance of anyone isolating cannabidiol.

Adams seemed almost disappointed that cannabidiol had no inebriating effect — the psychoactive compound he was looking for was THC (Δ⁹-tetrahydrocannabinol), the chemical in weed that gets you “stoned” or high, which was discovered around 25 years later in Israel.

Instead, Adams found something quite the opposite. It may help to think of CBD as the yin to THC’s yang — the two tend to balance each other out at the CB1 and CB2 cannabinoid receptors in humans. These are the two main receptors in the endocannabinoid system, which regulates memory, appetite, immune function, sleep, and more. Accordingly, drugs that interact with CB1 or CB2 receptors can influence those things as well.

But CBD also has more than 65 different suggested molecular targets, including opioid and serotonin receptors, and certain enzymes and ion channels. Many of these may turn out to be duds, but others could represent new targets for the treatment of neurological disorders and more. The array of possible destinations means that the compound could be useful for treating a range of conditions, such as autism, graft-versus-host-disease, liver diseases, multiple sclerosis, and some cancers.

However, the fact that CBD is so versatile might explain why it’s found, at least anecdotally, to be so therapeutic. “I think it helps explain why so many different people enjoy CBD, because there’s a lot of tools there that it could be using,” says Lex Pelger, a biochemist and science director at Bluebird Botanicals, a large Colorado-based CBD supplement company. “Unlike so many drugs that are very focused at one target of one receptor, CBD can make changes all over the biochemistry of the mammalian body.”

Sagnik Bhattacharyya, a neuroscientist at King’s College London, agrees. “The fact that it may be useful across a range of conditions may explain why many may be trying it,” he says in an email. Bhattacharyya and colleagues recently published a study in JAMA Psychiatry finding that CBD may normalize dysfunction in brain regions associated with psychosis. This makes some sense, as CB1 receptors are pervasive in the brain, and can modulate many neurotransmitters associated with mental health, including glutamate, dopamine, and serotonin.

“Cannabidiol seems to be generally well tolerated in most people for the typically short periods of treatment that it has been used for,” Bhattacharyya says, although he cautions against taking CBD before speaking with a doctor. “However, it is worth noting that very large numbers of people need to have been treated with a particular medication for a long enough time to fully understand the long-term effects of that medication. We do not have that kind of data yet with cannabidiol.”

Why do we know so little about cannabidiol? Prohibition. As it’s a Schedule I drug, the same category as heroin, studying marijuana and its myriad extracts is notoriously difficult and expensive. Furthermore, researchers are only allowed to analyze pot grown at a single university and the extremely low quality doesn’t reflect what consumers get from dispensaries. A bill currently making its way through Congress, could change that, though, expanding licenses marijuana research. It recently passed the House Judiciary Committee and is making its way to the House of Representatives at large.

The strongest case for the medicinal benefits of CBD comes from epilepsy treatments, evidence for which dates back to the beginning of recorded history. Like many primeval cultures, Mesopotamians believed demons, evil spirits or “the hand of a ghost” caused seizures. And, from analysis of early prescriptions carved into stone tablets circa 1800 BCE, there is strong evidence to suggest that cannabis was one of the primary drugs used as an anticonvulsant.

Now, we may have come full circle with the approval of marijuana-derived Epidiolex. It’s made using some of the largest marijuana greenhouses in Britain and is prescribed to treat Lennox-Gastaut and Dravet Syndromes, two rare, devastating forms of epilepsy. It will soon appear in pharmacies across the country and will cost about $33,000 per year — though much of that is likely to be absorbed by insurance companies.

But first, the DEA must reschedule CBD. GW Pharmaceuticals seems confident they’ll drop it from Schedule I (most dangerous) to IV or V (least dangerous.) That means Epidiolex can be prescribed, off-label, for almost anything a doctor sees fit.

But because GW was granted “orphan drug” status for their formulation, the company will have exclusive rights to the drug for seven years, essentially giving them a monopoly on CBD. Many people already buy CBD without the need for a prescription, and some claim it has even helped wean themselves off other drugs that may be more expensive or come with detrimental side effects.

CBD is sold in natural food stores, in gas stations and smoke shops, and about a quarter of sales are online, according to Brightfield Group. But, with regulations still unclear, and the Epidiolex decision looming, the FDA could begin cracking down on these outsider companies.

If the FDA completely bans all non-prescription forms of CBD, it could decimate an enormous, rapidly growing industry many sick people rely on. In fact, this a legitimate concern for some families who use CBD to treat epilepsy in their children and are afraid of losing access to it through state medical marijuana programs.

All of the evidence so far indicates that CBD is unlikely to cause harm, but caution is still advised.  Like any drug, you should consult a doctor before taking anything. Pelger says to be wary of allergies and drug interactions, especially if you’re taking statins, a class of cholesterol-lowering drugs that also interact with grapefruit juice.

WebMD warns pregnant women not to use CBD, citing the lack of reliable information. CBD is commonly given to children, including in experiments, because some parents see it as safer than other anxiety or behavioral drugs, like Adderall. That doesn’t mean you should replace your kid’s prescriptions with CBD, though, especially since Child Protective Services have a history of getting involved.

Quality control can pose issues as well. A study last year found 70 percent of CBD products were mislabeled. CBD isn’t very well regulated by the FDA, and that’s led to instances of potentially contaminated oils that have made some people sick. Those familiar with the industry say it’s wise to pay attention to the labeling, such as how many milligrams are listed, and whether the company publishes third-party test results.

Whatever regulatory outcomes await cannabidiol, it’s clear that it’s not going away. We can probably expect it to appear in many more places as regulations ease and consumers warm to the product. Research into its effects and mechanisms of action will continue, hopefully adding scientific weight to claims of health benefits.

“It looks like, around this issue, sanity is slowly taking hold across the country,” Pelger says. “People understand these laws need to move in the right direction for social justice reasons as well as human health.”