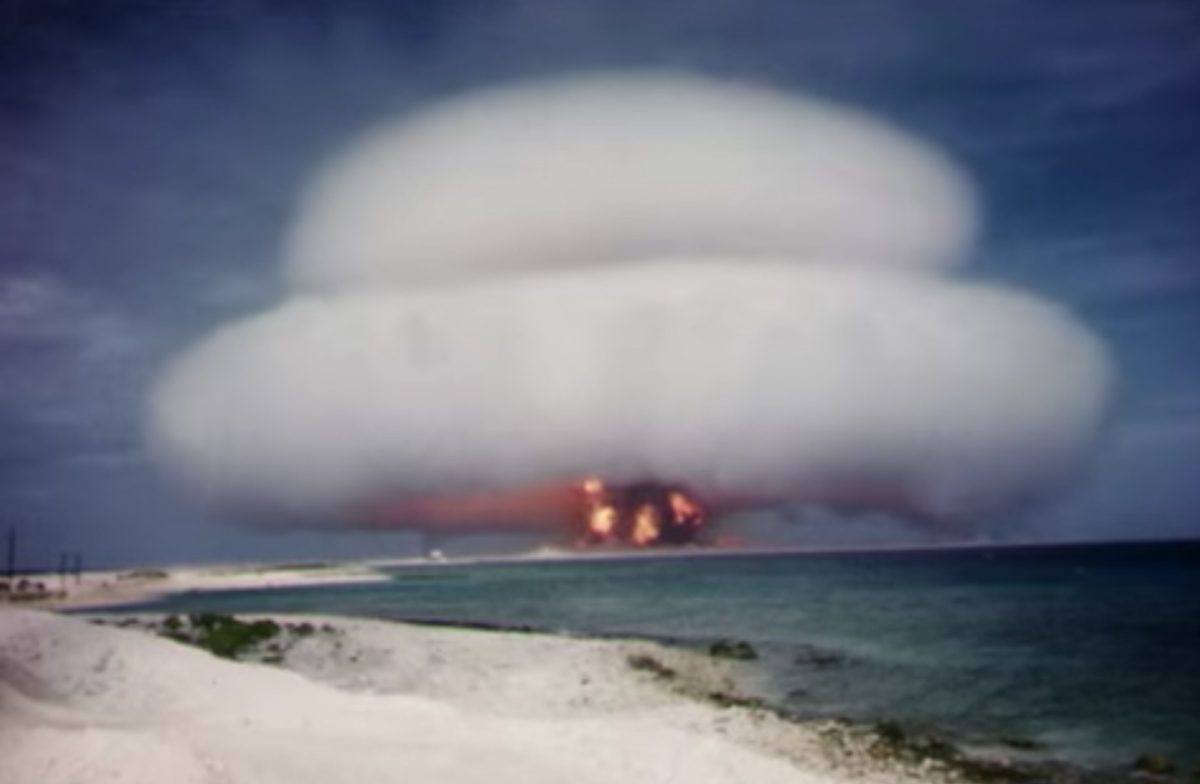 A trove of footage from early U.S. nuclear weapons tests has just been declassified and uploaded to YouTube.

The film release was part of a project headed by Lawrence Livermore National Laboratory (LLNL) weapons physicist Greg Spriggs which aimed to digitize and preserve thousands of films documenting the nation’s nuclear history. The endeavor required an all-hands-on deck approach from archivists, film experts and software engineers, but the team says that this digitized database is already yielding new insights from the decades-old tests.

The Heyday of Nuclear Weapons

The films all stem from the 210 atmospheric nuclear tests undertaken by the U.S. between 1945 and 1962. There are an estimated 10,000 films from these tests, capturing multiple angles and data points. The project has so far tracked down 6,500 of them, and converted 4,200 to a digital format—750 have so far been declassified, and this week’s batch is the first to be released.

Preserving the films wasn’t easy. It required modifying equipment to match the specifications of the old film, and locating data logs that provide critical information about camera placement, speed and focal length.

Then, they watched each film to determine the exact frame rate, as it was known to vary from camera to camera at the time. Several programmers assisted Spriggs’ team and provided computational tools to analyze films frame-by-frame—a task that was once done by hand. Once a film was digitized and the relevant information matched to each, it can be used to study the behavior of nuclear weapons.

The videos include several of the major nuclear weapons testing runs from the era, including Operations Plumbbob and Dominic. The tests were mostly conducted at sites in Nevada or on atolls in the middle of the Pacific Ocean. Several of the early tests would raise concerns over the fallout from nuclear device testing, both on soldiers involved in exercises nearby and on civilians in the surrounding areas.

The films were originally meant for researchers, to be used as study guides for the next round of development and testing. In the years following the first nuclear explosion, the Trinity test in New Mexico on July 16, 1945, researchers raced to comprehend the magnitude of their creation. The hundreds of tests that followed comprised an array of bomb designs and testing environments, including underground, underwater and high-altitude tests. The videos of these events were obsessively studied frame by frame to gauge the magnitude of the explosion by looking at its brightness and shockwave, as well as the effects on nearby military equipment, towns and livestock.

Looking back through the footage today, Spriggs says it’s apparent some the data gathered 60 years ago is incorrect. With the benefit of modern-day technology, he is hoping to rectify those mistakes and provide accurate information after all this time.

“When you go to validate your computer codes, you want to use the best data possible,” he says. “We were finding that some of these answers were off by 20, maybe 30, percent. That’s a big number for doing code validation. One of the payoffs of this project is that we’re now getting very consistent answers. We’ve also discovered new things about these detonations that have never been seen before. New correlations are now being used by the nuclear forensics community, for example.”

Nuclear tests were halted worldwide in 1996, although several nations have carried out tests since then. The U.S. has not tested a nuclear weapon since 1991, making research into their capabilities and behavior difficult.

These decades-old films represent one of the best sources of information for researchers hoping to better understand the dizzying power contained in a nuclear bomb. Even on grainy film, the destructive forces unleashed by radioactive material is perfectly clear.

Spriggs says that he ultimately hopes that the information gleaned from the tapes helps to improve our knowledge of nuclear weapons while serving as a powerful reminder of what they’re capable of.

“It’s just unbelievable how much energy’s released,” he says. “We hope that we would never have to use a nuclear weapon ever again. I think that if we capture the history of this and show what the force of these weapons are and how much devastation they can wreak, then maybe people will be reluctant to use them.”