We Deserve Half the Blame for Declining Arctic Sea Ice 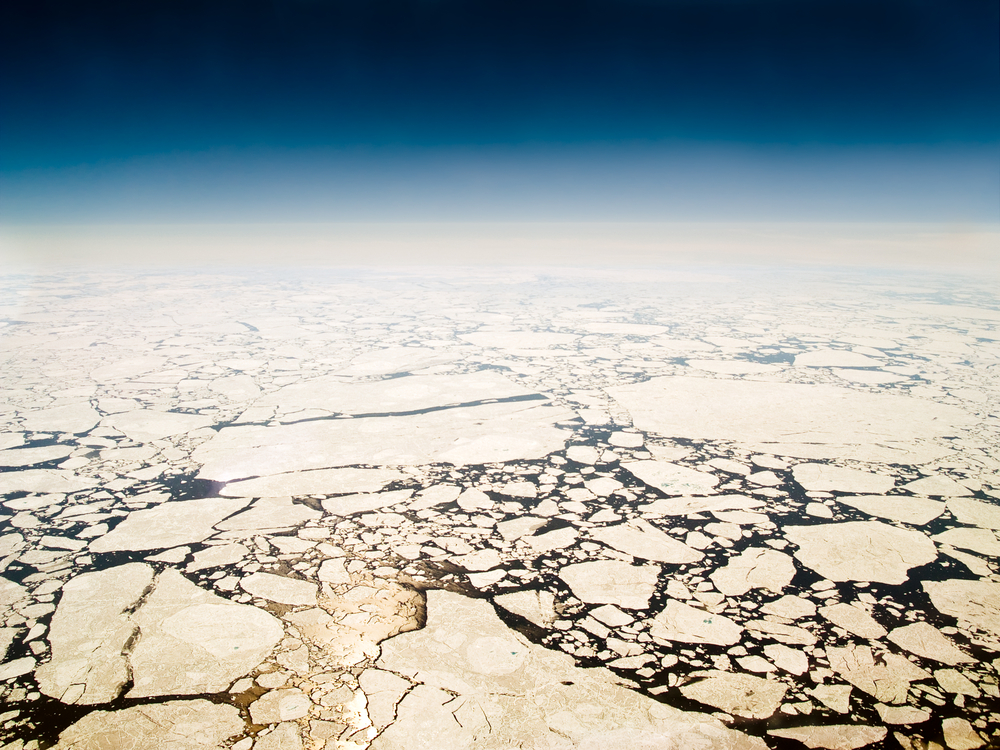 Natural variability in atmospheric conditions could account for as much as half of the recent decline in Arctic sea ice, according to a new study.

While the masses of ice that float atop the planet have been in steady decline over the past few decades, scientists haven’t been able to say how much of the losses are attributable to human-driven climate change and how much is simply the result of periodic swings in climate conditions. While the scientific consensus is that human activities have had a significant impact, the unpredictable nature of weather patterns has made determining the extent of our culpability problematic.

Divvying Up the Blame

Using a pair of models to look at how weather patterns circulate air through the region and how sea ice behaves, researchers from the University of California, Santa Barbara say that they’ve generated some of the best estimates of how weather patterns and anthropogenic global warming interact to chip away at Arctic ice.

As the first order of business, the researchers eliminated a feedback cycle whereby disappearing sea ice caused changes in temperatures. They then averaged together a number of simulations to rule out random short-term fluctuations in the data and allow longer-term trends to emerge. This gave them a look at how much internal variability played into atmospheric conditions, and how much atmospheric conditions impact sea ice.

The results indicated that decade-long changes in atmospheric conditions have had a significant impact on the extent to which sea ice melts. In their paper published Monday in Nature Climate Change, they estimate that anywhere from 30 to 50 percent of the melting is due to natural trends.

Long-term swings in climate conditions are driven mostly by the ocean, where currents and temperature conditions shift slowly, but have far-reaching effects. For example, much of the weather in the Arctic is affected by conditions in the Pacific tropics, the researchers say, so any changes there will propagate northward and alter weather patterns over the North Pole.

Human emissions have played an important role shifting weather conditions as well, and even the researchers most generous estimates pin half of the blame on us. Pushing the planet outside of normal boundaries within a short time period also makes reaching so-called “tipping points” more likely, triggering feedback cycles of ever more intense warming.

The updated estimates will allow researchers to better predict how the Arctic ice pack will look in the future, as well as when we can expect it to disappear completely in the summers. Current estimates put that date around the middle of the century, although those were made without much knowledge of how human and natural factors played into sea ice loss. With this new data, researchers will be able to sketch out a more complete picture of the Arctic’s changing future.