Vote for Groups C and D in the Geology World Cup 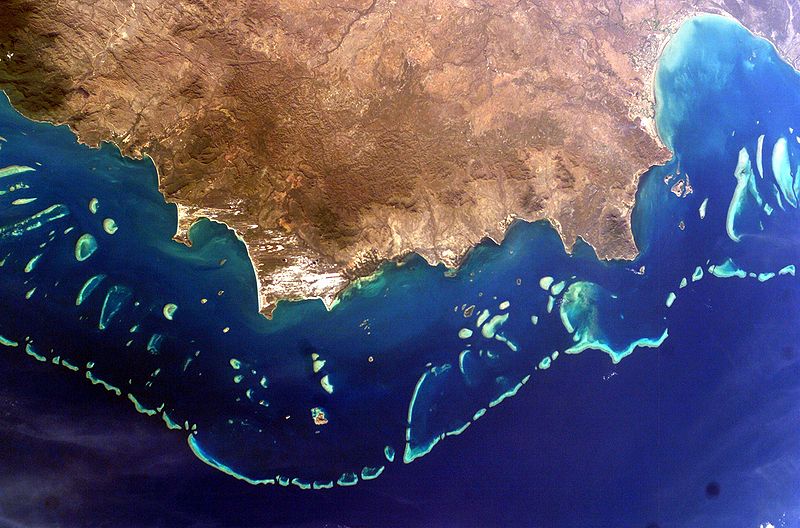 Iâ€™ll have another post later today with some of the geology news of the weekend, including the eruptions in KÄ«lauea and Fernandina, along with the earthquake in Japan. However, first Iâ€™ll give everyone a chance to vote for Groups C and D in the Geology World Cup. If you havenâ€™t voted in Group A or Group B, do it!

Part of the Great Barrier Reef, seen from space. NASA.

Australia: The only country that is also a whole continent, Australia also boasts the oldest crystals on Earth â€“ the ~4.4 billion-year-old Jack Hills zircon. Off its eastern coast lies the Great Barrier Reef, a vast living carbonate platform while in the interior is Uluru, the island mountain made of ancient sandstone. Australia also has some of the most productive ore deposits on Earth.

Denmark: People tend to forget that Denmark is largest than the peninsula in Europe might seem. Greenland is still included in its kingdom, although it is relatively autonomous (much like the Faroe Islands). This means that included in the geology of Denmark are the multitude of glaciers that make up the Greenland ice sheet and some of the oldest rocks on Earth in the Isua complex. Back on the mainland, the MÃ¸ns Klint are spectacular white cliffs made of chalk (a type of limestone) and Fur Island, a famed fossil locality. 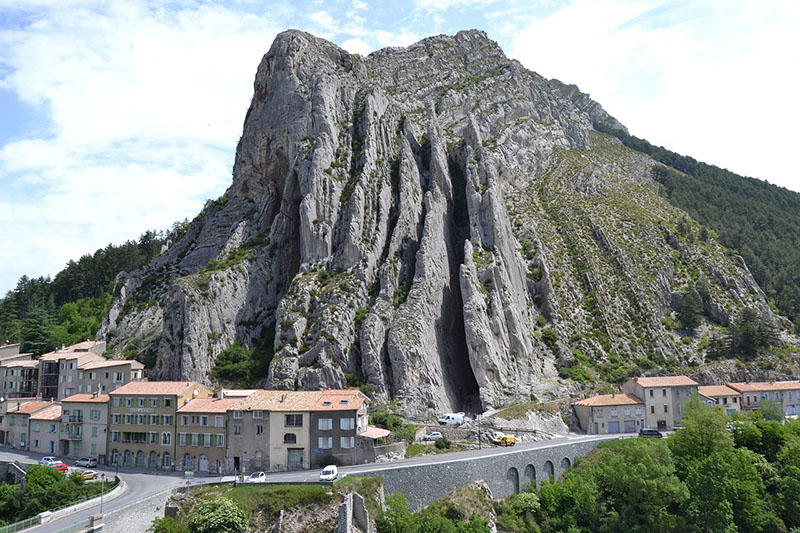 France: France is a surprisingly diverse country in terms of its geology. It has two big mountain ranges: the Alps and the Pyrenees. It has the pink shores of Brittany, covered in granite. It has potentially active volcanoes like the ChaÃ®ne des Puys that last erupted ~6000 years ago. It even has actively erupting volcanoes, albeit way off in the Indian Ocean at Piton de la Fournaise on Reunion Island. 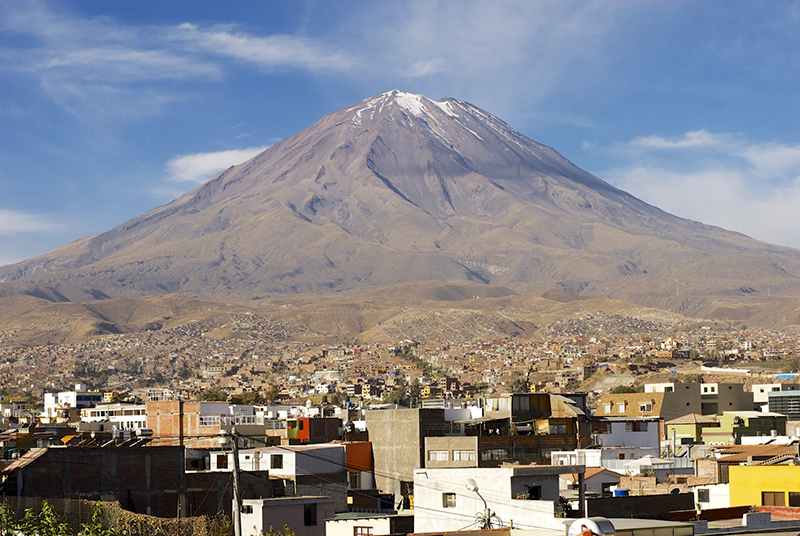 El Misti, on the outskirts of Arequipa, is one of the many potentially active volcanoes in PerÃº. Wikimedia Commons.

PerÃº: Group C is pretty close to the â€œGroup of Deathâ€� in the Geology World Cup. PerÃº is on the western coast of South America and is chock full of mountains and actively-erupting volcanoes like Ubinas and Sabancaya. Lake Titicaca, high in the Andes, straddles the border between PerÃº and Bolivia. The country also has some of the most extensive glaciers in South America in the Cordillera Blanca. 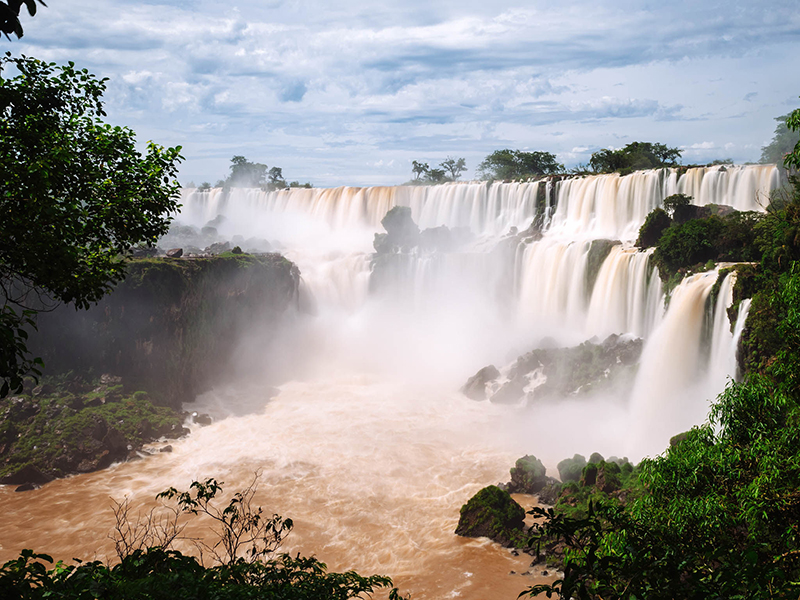 Argentina: The geology of Argentina stretches from the volcanoes in the high Andean desert to the north to the icy glaciers in Patagonia to the south. The rocks in the interior of the country contain a multitude of dinosaur fossils, including the remains of a giant sauropod named after the country (Argentinosaurus). It also shares the stunning Iguazu Falls with Brazil, carved from the ParanÃ¡ flood basalts. 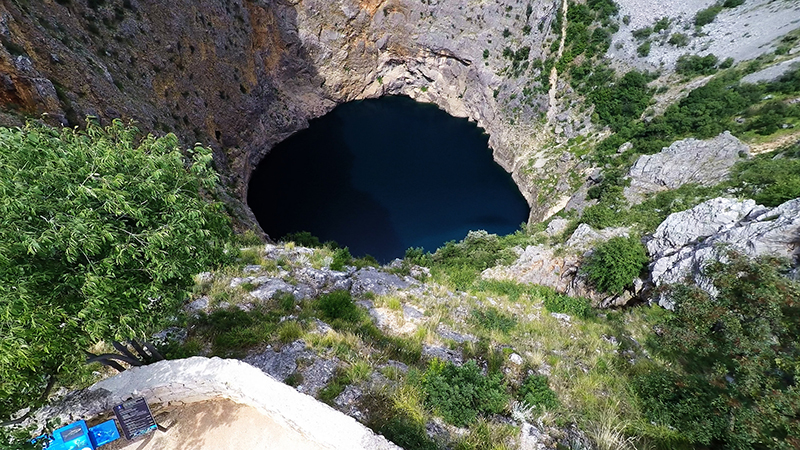 Croatia: I have to admit, coming into this I had almost no idea of the geology in Croatia. The country has a mountain coastline when it meets the Adriatic and much of the interior is made of limestone, creating a multitude of caves and karsts (sinkholes), like the Red Lake in the Dalmatian Hinterland. 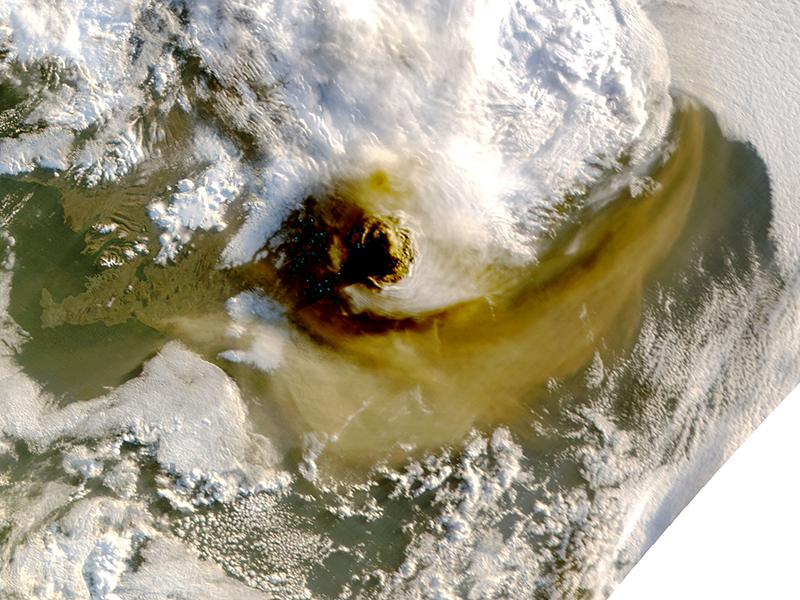 MODIS image of the 2011 eruption of GrÃ­msvÃ¶tn in Iceland, showing the brown ash plume swirling in the atmosphere. NASA.

Iceland: Volcanoes! Volcanoes! Volcanoes! If Iceland qualified for the last world cup, it might have beaten Chile for the title of the Volcano World Cup. However, weâ€™re now talking geology, so Iceland can add glaciers to its array of wonders. The Mid-Atlantic Ridge, the long chain of volcanoes that runs along the middle of the ocean basin where the spreading happens, comes above sea level in Iceland thanks to a fortuitous location of a hotspot under the island nation. It is no wonder so many science fiction movies use Iceland as a setting as its landscape can seem otherworldly. 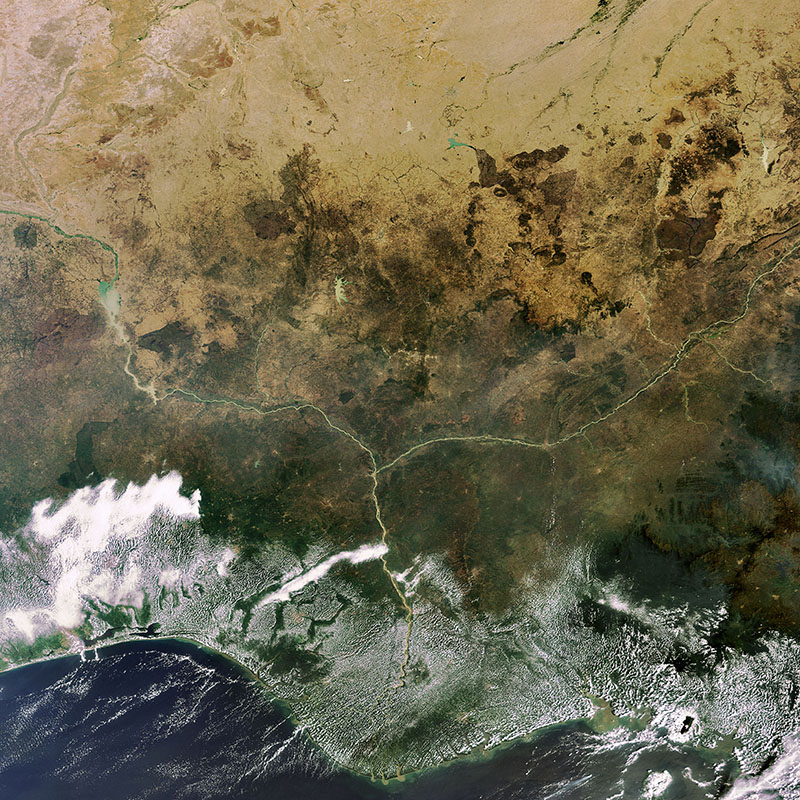 The Niger Delta (bottom) and most of Nigeria in an 2008 Envisat image. ESA.

Nigeria: The Niger River dominates much of the landscape in Nigeria and created the Niger Delta basin that reaches out into the Atlantic. The sediment that accumulated in this basin that formed in the Jurassic and Cretaceous also trapped lots of organic material. This means that over 2 million barrels of oil are extracted from the Niger Delta each day, which has been both a boon and a disaster for the country.