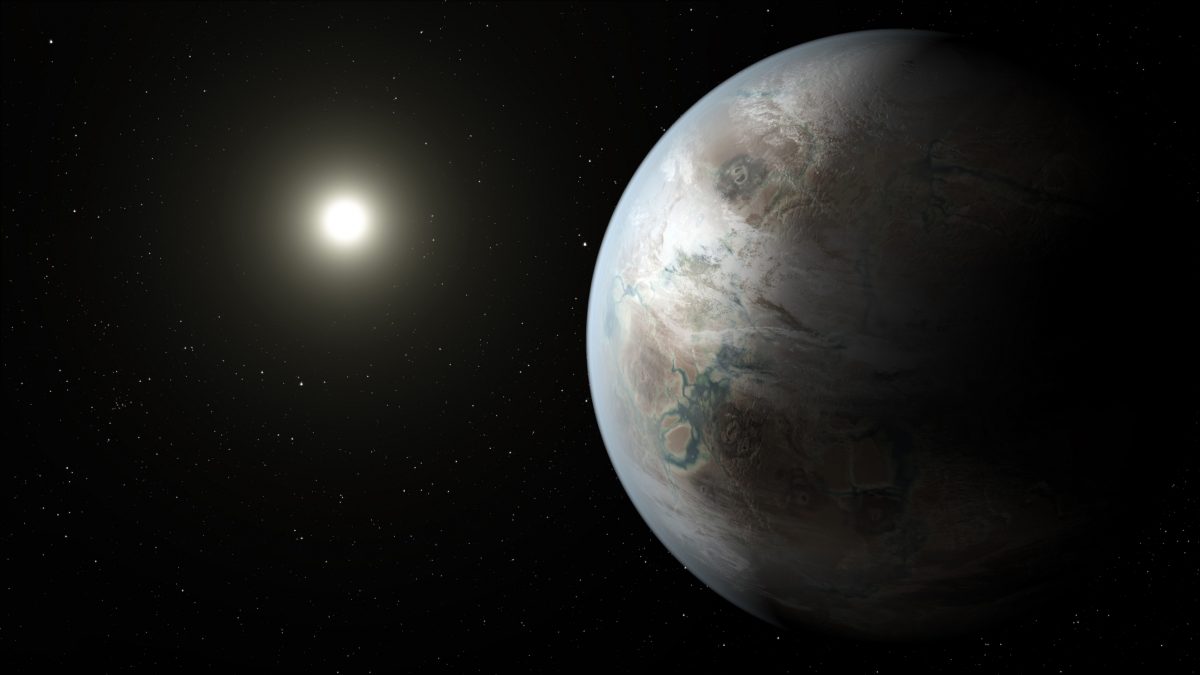 Want to know if a planet has what it takes to develop life? Look at its light.

Research published August 1 in the journal Science Advances suggests that the amount of ultraviolet (UV) light a planet soaks up from its host star could make or break its chances of habitability. The study found that sufficient UV light ignites the chemical reactions needed to form RNA â€” a component thought to have kick-started life on Earth.

Based on this idea, two groups of researchers from the Medical Research Council Laboratory of Molecular Biology (MRC LMB) and the University of Cambridge teamed up to find planets that soak up enough UV light and fall within their starsâ€™ habitable zones â€” areas where liquid water can be sustained. Exploring habitable zones is a no-brainer when searching for extraterrestrial life, but considering UV light wasnâ€™t nearly as obvious.

Researcher John Sutherland, who studies the chemicals responsible for creating life on Earth at the MRC LMB, co-authored a paper in 2015 suggesting that cyanide, a chemical compound typically associated with death, could actually be a key component to life.

He and his colleagues proposed that when meteorites rained down on the young Earth, the carbon that they carried interacted with the nitrogen in Earthâ€™s atmosphere and formed hydrogen cyanide. When that hydrogen cyanide reached the surface, the sunâ€™s UV light enabled it to interact with additional elements and produce the precursors to RNA. They successfully tested this theory by recreating the chemical interactions under UV lamps, ultimately producing the precursors to amino acids, lipids and nucleotides â€” components needed to create living cells.

â€œI came across these earlier experiments, and as an astronomer, my first question is always what kind of light are you using, which as chemists they hadnâ€™t really thought about,â€� said Paul Rimmer, a researcher affiliated with both the University of Cambridge Cavendish Laboratory and the MRC LMB, in a news release. â€œI started out measuring the number of photons emitted by their lamps, and then realized that comparing this light to the light of different stars was a straightforward next step.â€�

Together, the two teams immersed hydrogen sulphite and hydrogen cyanide ions in water, in both the presence and absence of UV light, to study their chemical reactions. They found that when the ions were exposed to UV light, they produced the chemical reactions needed to create the precursors to living cells, while the ions without UV light didnâ€™t.

They then took these chemical reactions and compared them against the UV light emitted by various stars. The results showed that stars with roughly the same temperature as the sun gave their orbiting planets enough UV light for this crucial chemical reaction to occur. Stars with lower temperatures, on the other hand, showed no such reaction. From this, the researchers were able to pinpoint exoplanets that both absorb enough UV light and fall within their starsâ€™ habitable zones â€” an area theyâ€™ve named the â€œabiogenesis zone.â€�

Studying planets that fall within this zone is definitely a step toward finding life, but it isnâ€™t a fool proof method. It looks to mimic the process in which life formed on Earth, but life could be developing on other planets in completely different ways. And Rimmer, who is the lead author of the new paper, says that even though a planet could have all of the components needed to form life, the chemical reactions might never result in anything.

But still, distinguishing which planets could develop and sustain life is a great place to start. And with the recent launch of NASAâ€™s Transiting Exoplanet Survey Satellite (TESS), and the James Webb Space Telescope set to launch in 2020, we might be able to corroborate this theory sooner rather than later.