I just read a concerning paper about an experimental stem cell treatment for children with autism.

The authors are Himanshu Bansal and colleagues of India. The senior author, Prasad S Koka, is the Editor-in-Chief of the Journal of Stem Cells where the paper appeared, which raises questions about whether the manuscript received a thorough peer review. Koka is actually an author on all five of the research papers published in that issue of the journal. But that’s a minor issue compared to the content of the paper.

Bansal et al. describe a procedure in which they extracted fluid from the bone marrow of each child. This fluid (bone marrow aspirate) was treated in the laboratory to purify the stem cells within, and then injected into the child’s spinal canal. The whole operation took place under general anaesthesia. 10 autistic children aged 4-12 were treated.

I found this pretty shocking. An invasive procedure involving general anaesthesia should only be performed if it’s medically justified – especially in children as young as 4! Bansal et al. provide no scientific explanation for why they thought this treatment was suitable for these patients. They vaguely name “immunological and neural dysregulation” believed to underlie autism as the target of the cells.

For what it’s worth, the results showed a slight improvement in autism symptoms after the treatment. However, there was no control group, so placebo effects are likely, and we’re told that the patients were also given “speech therapy, occupational therapy and psychological intervention” which might account for the benefits.

So who gave the green light to this project? Well, remarkably, Bansal et al.’s paper contains no information about which ethics committee reviewed and approved the study. I don’t know about the laws in India, but in the UK or the USA, conducting even the most benign research without the proper ethical approval is serious misconduct. Most journals absolutely won’t publish medical research without an ethics statement.

The paper also contains no mention of conflicts of interest – another thing that most medical journals require. I believe that financial conflicts of interest are likely to exist in this case because Bansal gives his affiliations as Mother Cell, his own private venture, and RegennMed, who sell various stem cell treatments. 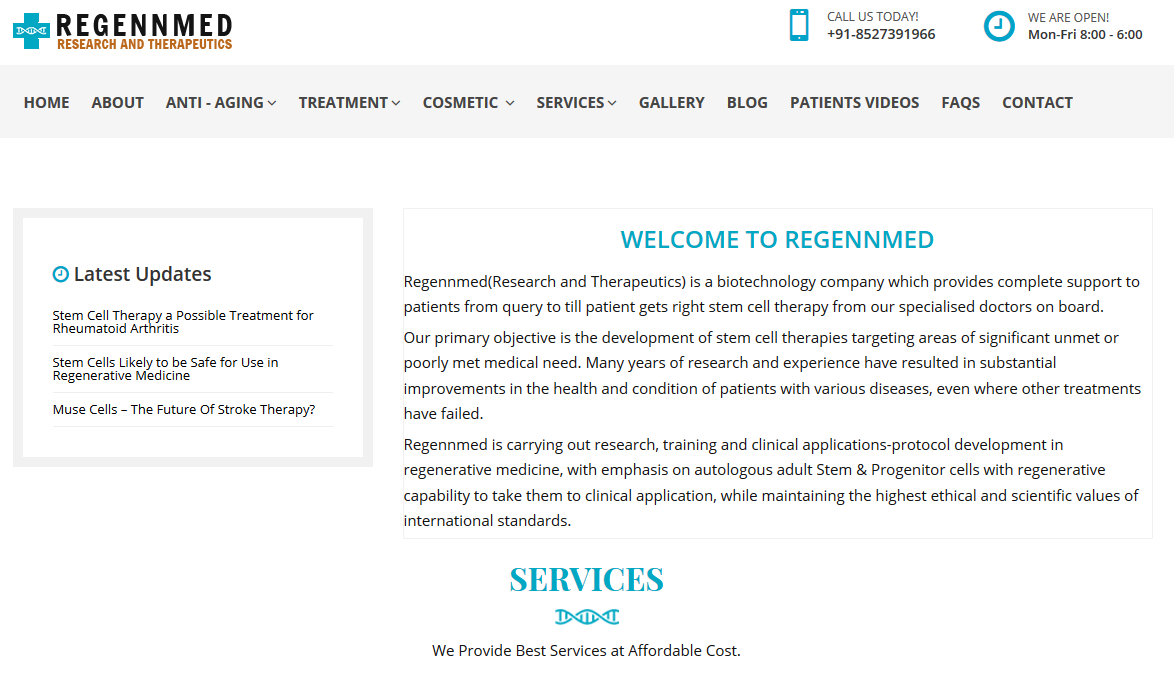 Overall, to say that this paper is ethically questionable is an understatement, and it would have been rejected by any real journal.

This isn’t Dr Himanshu Bansal’s first foray into the amazing world of dodgy stem-cells. He briefly made headlines around the globe last year when he announced his “ReAnima” project to bring a brain dead woman back to life (with stem cells). Indian authorities eventually blocked his resurrection attempt. There’s some more interesting dirt on Bansal on this forum.

This is also not the world’s first stem cells for autism trial. For example, Duke University launched a $40 million trial in 2014. The treatment in that trial was a blood infusion, so it was pretty non-invasive: no bone marrow, spinal needles, or general anaesthesia. However, critics argue that it’s pure speculation to think that stem cells would help in autism. Then again, the same could be said about a great many “stem cell” therapies.