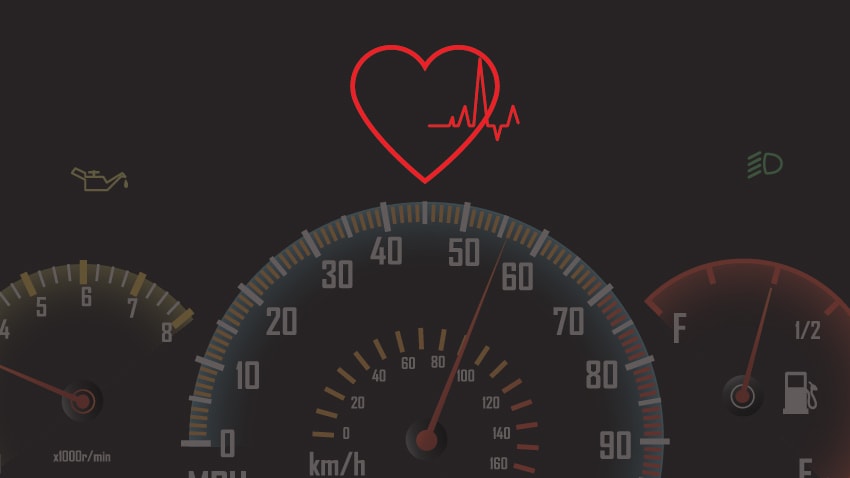 A heart attack or diabetic blackout can have especially deadly consequences for drivers when they cause car crashes. Toyota researchers hope to change that grim equation by studying how wearable devices could help smart cars possibly save lives by predicting medical emergencies ahead of time.

The day when smart cars—either manually driven or self-driven—will watch out for the health of their drivers remains some ways off into the future. But Toyota’s Collaborative Safety Research Center think it’s worth investing in the technology and scientific research needed to make that future happen today through a $35-million, five-year effort that will last until 2021. Toyota researchers have already begun working with universities on seeing if wearables such as smartwatches could someday prove as accurate as clinical-grade medical equipment in monitoring signs of impending heart attacks or blackouts due to low blood sugar.

“We looked at what conditions might have contributed to crashes from an emergency medical standpoint, and also looked at signals that may be measured through wearables,” says Chuck Gulash, director of Toyota’s Collaborative
Safety Research Center.

This may not sound like a huge deal when just 1.3 percent of all passenger car crashes in the National Motor Vehicle Crash Causation Survey were reportedly caused by medical emergencies, according to a 2009 study by the National Highway Traffic Safety Administration. But that still translates into medical conditions being at least partially responsible for more than 26,000 crashes, because the overall survey included more than 2 million car crashes.

Heart attacks accounted for about 11 percent of the crashes caused by medical conditions, or approximately 2,680 crashes. Diabetic blackouts accounted for a significantly larger proportion of such crashes at 20 percent, or approximately 5,200 crashes. Toyota researchers chose to focus on those two conditions as opposed to medical emergencies that caused even more crashes—such as seizures—because they believe that wearable technologies can accurately detect and predict such conditions within the near future.

Medical emergencies involving heart attacks or diabetes are also likely to become more common among a growing population of older drivers. For example, heart attacks often take place in adults 65 years of age or older. The population of U.S. adults older than 65 years old is set to double in size from the 2012 level of 43 million to almost 84 million by 2050, according to a 2013 report by the U.S. Census Bureau.

One part of Toyota’s effort involves working with the University of Michigan to create an in-car system that could help potentially predict heart attacks in drivers. The immediate goal of this project involves establishing a “gold standard” and scientific baseline for accurately identifying heart attacks based on electrocardiography (ECG) signals. Researchers are first using high-grade medical equipment in a clinical setting to collect data on what ECG signals best predict heart attacks. Figuring this out is a necessary step even before future generations of smartwatches or other wearables achieve the medical-grade accuracy needed to possibly predict heart attacks.

“For the level of accuracy we need to detect and predict heart conditions, we are still not there with the wearables,” says Pujitha Gunaratne, principal engineer at Toyota’s Collaborative Safety Research Center.

Another important part of Toyota’s research with the University of Michigan involves filtering out the ECG signals from the expected background noise of a moving car. That’s not a problem researchers encounter in the generally isolated conditions of a lab setting, but wearable devices and their software will need to be able to function even in the noisier conditions of a vehicle on the road. On the software side, researchers aim to harness the power of machine learning algorithms—a popular artificial intelligence (AI) technique that can learn to identify relevant patterns in data—to help filter out noise and home in on the relevant ECG signals.

“We are looking into that broad spectrum of noisy signals and finding the AI machine learning algorithms to purify that and generate noise models that will help us detect these heart conditions and possibly predict them ahead of time,” Gunaratne explains.

Toyota is applying a similar philosophy to tackling the issue of diabetic blackouts among drivers. Toyota researchers are working with the University of Nebraska on a separate project that examines how different glucose (blood sugar) levels affect the behavior and safety of drivers.

Drivers should not expect their cars to predict heart attacks by the time Toyota’s Collaborative Safety Research Center wraps up its current five-year project in 2021. But success in establishing the baselines for monitoring conditions such as heart attacks and diabetes would set the stage for potentially testing out wearable hardware and software configurations with volunteer drivers. Toyota plans to share the study results with the rest of the automotive industry and the broader research community rather than sit on the study results as proprietary knowledge.

“If we don’t get working on this, when better consumer-grade wearables or algorithms are available in the 2020s, it’s just pushing out this fundamental research down the road,” Gulash says.